National final season is almost over — but we’re not quite done yet. Tonight Belarus will select their act for Tel Aviv via their national final. Ten acts will perform their songs and the an expert jury will decide who will go on to represent Belarus at Eurovision 2019.

But who should win? We want to know what wiwibloggs readers have to say, so we’re holding a flash poll. Listen to the ten competing songs through their performances at the infamous live auditions. Remember, the songs at the auditions may be demo versions and they are performed with only basic staging. Expect things to have been tightened up at tonight national final.

And remember — you can vote for as many acts as you like, but you can only vote once. So make it count!

Alyona Gorbachova – “Can We Dream”

PROvokatsiya – “Running Away from the Sun”

Who should win the Belarus national final tonight?

What do you think? Who should win the Belarus national final? Which act would you like to see in Tel Aviv? Tell us your thoughts below! 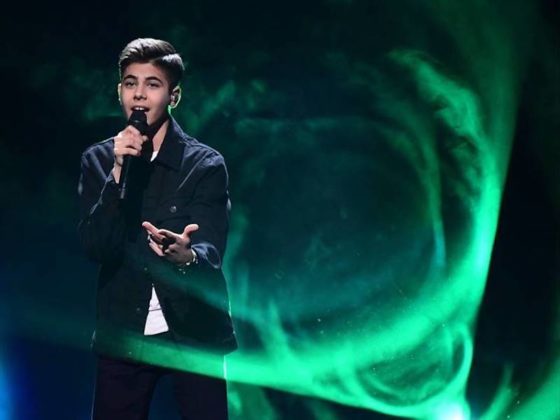 Melfest: Wiwi Jury reviews Bishara with “On My Own” I’ve followed Zena’s career since 2016 and, while she’s talented, she is one of the most conceited performers I’ve ever seen. While her song may be better than most in this final I sincerely hope she doesn’t make it to Eurovision, it’ll go to her head.

they were actually better than most, if not all songs that made it lol

Caravela is a masterpiece for me! Come on Belarus, please send a decent entry this year to Tel Aviv!!!!!!!

All songs are meh.. Belarus won’t qualify once again..

If they want to actually qualify, BLGN & MIREX is their only hope.

I kinda like Humanize, but Michael’s performance is too diva-ish for me. Stop it boy. Zena’s “Like it” is good too, but is very generic. “Champion” would be my 3rd option.

It’s funny how sometimes what drags someone in is the same thing that pushes someone out. I think Michael’s mannerisms are very charming, but I can see why they bother you.

Hey! I have been Michael’s big fan for over a month! I am listening to ‘humanize’ 24/7. Sorry for telling this, but I hate Zena. She has a trash dance song and I am sick for them, such us Tamta’s song. It’s time for quality to move on, Michael the place to Tel Aviv is yours.

No one even watches Belarus NF. Countless people meanwhile watched Nevena crowned Queen of Beovizija, and millions upon millions will watch her crowned in Tel Aviv as the winner of Eurovision Song Contest 2019.

You are SO annoying hahahah

I actually liked her song but your annoying spam is making me lose all interest in voting for her… Happy about that?

If that is real, we have our winner!

I was hoping it’d sound like the jazzy tune they played over the teaser.

OMG haha Who cares about Cyprus’s BOP when you have San Marino!

This is a joke song, a non-competitor. Nevena will win and Seehat will come last

Ok, you come for the other songs, I’m annoyed. You come for San Marino? No. Get out. Bye.

The second best entry from San Marino after Valentina in 2013

Sebastian Roos is my favourite, his song is beautiful. Reminds me of the 2009 Belarusian entry which was excellent

My favourite too. But he doesn’t feel present, need to find the camera. The song make me want to listen to Jonny Logan. Fells like the song is from the same era. Love the sound and his voice but not the lyric.

Is that a “blacked up” dancer in the song “Champion”?
I mean…..really?
What world are these people living in?

Some good songs, but my favorite is “Champion”

Thanks for this poll, Wiwibloggs! Exatly what we needed today! 🙂 I know I actually want to thank Belarus for giving us some really funny and unpolished songs in the auditions. Many might not admit it, but having guilty pleasures and embarrassing moments is a part of the process. It would be boring if all songs sound refined and polished. Belarus had some REALLY dumb and fun ones in the audition process (all salute Kinky Boots, Happy Song, Demonio and especially the kings of Potatoes!). I plan on having an ambitious top 73 during March or April, so I hope… Read more »

10. PROvokatsya: Running Away From the Sun – Umm… this is totally amateurish and the two can’t even synchronize on stage! They sound like two cats stepping on each other’s tails. It’s just really, really bad. – 1/10 9. NAPOLI: Let It Go – It’s an endless loop and it gets very annoying. Olga has a great voice and the song starts promising, but when the fifth chorus loop kicks in, I feel like I’m in a program designed for brainwashing. – 2/10 8. BLGN feat. Mirex: Champion – It tries to have a ‘cool’ beat and feel empowering, but… Read more »

As a bonus, I bring you the complete lyrics of Eva Kogan’s Run (at least, as close as I could get) 🙂 : I wanna casually the answer to fly Never give up, my friend saw me one million times Arms sick and tired story should have a price My arms are broken, no gentle kiss and goodbye Run away, shades of love is a gonnie It’s affair, I get fly by them running Run away, run and run, I keep a week I’m away, It’s not the end of the war We are the centers away hold in their… Read more »

They didnt make the final with Alekseev. Theyre doomed with these choices. Michael Soul and KeySi are the least bad ones.

alekseev had zero chance to start with, he had an awful revamp and zero singing skills. some of these can do better than 16th in the semi

He was one of my favorites. Sure. They can do better than 16th place. Theres only 17 song in the first semi this year. But just because they get better position doesn’t mean the song is better.

Zena is excellent. Got to be in with a chance, current catching and good dance track.

Michael is the only choice for me but hey, I would not be sad if it was Napoli’s time, either. 😉

I would love Zena or Michael, but I would be really, really surprised and delighted if Aura wins.

Took me weeks to realize that Zena is a powerful contender in this national final. She along with Michael Soul has my vote. But since this year is full of disappointment anyway, I won’t be surprised if none of them will win this.

Porsteinn
Reply to  I am Thor, I am Thor

If none of them wins, who will go to Tel Aviv?

I am Thor, I am Thor
Reply to  Porsteinn

Soooo I don’t get this selection
They won’t let the viewers vote, only the jury
Does that mean it’s technically in a way an internal selection?

Televised internal selection along with Fik

Zena’s vocal is really good and the song is not dated at all. Sounds like a Melfest song ending in the bottom in the final though.

Zena. But neither of those songs can qualify from the first semi.