With Malta confirmed as one of the competing countries of Eurovision 2021, broadcaster TVM is now searching for the song that Destiny Chukunyere will take to Rotterdam. Entries are now open for songwriters interested in penning Destiny’s Eurovision entry.

TVM opened submissions with a post on social media and on the TVM website. The broadcaster isn’t saying upfront what they’re looking for. Interested creatives need to first contact the broadcaster, after which they will be sent “detailed process timings, guidelines and a style guide will be sent to each request.”

But even without knowing TVM’s guidelines, it seems likely that the broadcaster will be looking for a song that will show off Destiny’s powerhouse vocals.

For Eurovision 2020, Destiny was due to perform “All of My Love”, an uplifting modern soul number with gospel flourishes.

While Malta punches above its weight when it comes to the performing arts, for Eurovision they often call in foreign songwriters to write or co-write the Maltese entry. Claudia Faniello’s “Breathlessly” is the last Maltese Eurovision entry to be written entirely by Maltese songwriters.

How will Destiny’s song for Eurovision 2021 be chosen?

While entries are open for potential songs for Destiny, broadcaster TVM has not confirmed how the song for Rotterdam will be selected.

At the start of the year, Destiny earned the ticket to Eurovision 2020 by winning series two of X Factor Malta. Her song was then internally selected by the broadcaster.

It also seems unlikely that Malta will hold a national final to pick Destiny’s song for Rotterdam. While there will be no series of the X Factor this year, the broadcaster is currently producing Malta’s Got Talent which is likely to be taking the place of the big music show this season.

What do you think? What sort of song should Destiny sing in Rotterdam? Should TVM go with Maltese songwriters or look further afield? Tell us your thoughts below! 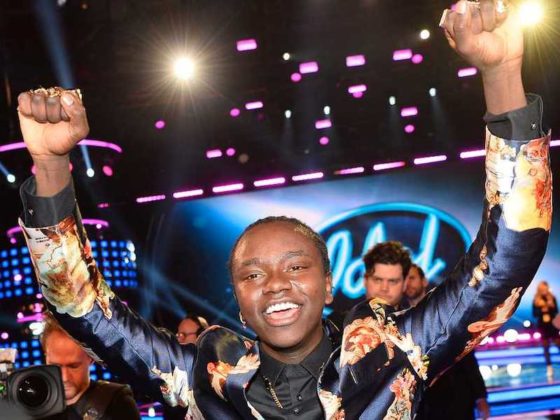 I would love to see Emma Muscat represent Malta in Eurovision.

I really hope they choose a song written by Maltese songwriters. No shade to Milanov (unlike other frequent ESC songwriters his music sounds current) but it’s never healthy to rely on one composer year after year.

I wonder how many will bother to submit a song, considering how obvious it is that the selected song would be written by either Symphonix or some Melodifestivalen figure.

I hope she’s introduced as Destiny Chukunyere (like she was in Junior Eurovision). Just Destiny sounds generic to me.

I couldn’t agree more with you. Destiny Chukunyere sounds so beautiful and unique!

I’d like her song to be in both English and Maltese (in the way JESC winning songs “Anyone I want to be” and “Superhero” combined English with Polish).

Am I the only one who wants Destiny to sing something in the vein of Joelle Ursull’s “White and Black Blues”?

My dream would be that Destiny would sing a song in the style of “He Lives In You”. Her performance of that song in X Factor Malta was excellent and having a choir in the backround could also be done, because next year they will allow pre-recorded backing vocals. Nevertheless, good luck Malta in finding the perfect song for Destiny!

even though its nearly 100% not gonna happen, I would rly love the song to be in Maltese. its such a beautiful language.

I started watching JESC before ESC
Reply to  Ashton

Ikr, I love seeing them sing in Maltese in jesc so why not esc?

Hopefully they internally select Janice Mangion and she can give us another beautiful Maltese ballad.

Frankly, I didnt love her effort with Kewkba, but I appreciated the Maltese nonetheless.

Thank you for your beautiful comment about our language <3

I would really like this to be done by Armenia in particular, and also Serbia and Poland if they (as they should) keep the existing act. With Athena (who likes most kind comments on her insta and regularly reposts on her stories, and has sometimes done Q&As) having made a song that has had such an effect on me such as Chains, and promising to release an as-yet-elusive ballad since late August, i think that she could execute a lot of ideas brilliantly, and i want her fans to help her find the right choice (which she writes herself like… Read more »

I team her and Benny Cristo from Czech Republic. Hope for happy upbeat songs, not about swine flu, bird flu, or cov….Let,s have fun, and Benny should not do what he did in 2020, trying to please all esc fans with revamps.

I think, with the success of acts like Burna Boy in the charts, Benny would be well placed to do well in 2021 without needing to change his approach from this year too much, but maybe make the song a bit more instant.

But in all seriousness, sice they previously picked a songwriting team (Symphonix) for Destiny and produced a song that sounded competitive enough for the contest this year, wouldn’t it make sense and even save them money if they keep them for another go?

On the plus side, at least Malta is keeping things local with their performers.