Health officials in France are on high alert after the country confirmed its first case of the Omicron variant of coronavirus in the Paris region on December 2.

Naturally, the ever-changing situation regarding the pandemic is forcing organisers of the Junior Eurovision Song Contest to re-think what they need to do to keep everyone safe. Now, just a few weeks before the start of Junior Eurovision in Paris, the EBU and France Télévisions are imposing new measures to limit the risk of spreading Covid inside the venue La Seine Musicale. The dress rehearsal show, which is traditionally open to ticket holders, will now be done without an audience.

Many European countries are again in lockdown and coping with the new variant Omicron. So too here in France, where health officials are currently battling the start of a fifth wave of the epidemic. New health and safety measures were recently announced by the French government. These include requiring a negative PCR test within 24 hours for all travellers coming from outside the European Union. A Covid pass is also required for everyone and anyone to enter all enclosed areas, and the terraces of bars and restaurants. The validity of the tests has been reduced to 24 hours.

Understandably, and following confirmation of the new variant in the capital region, the organization of Junior Eurovision is taking action. Only the grand final of Junior Eurovision — on December 19 — will have an audience. And this audience will need to follow the broader safety measures in force around all of France: namely, the wearing of masks and social distancing. People who bought tickets for the dress rehearsal on December 18 can request a refund.

The EBU has issued an official statement on the situation.

“In response to the exceptional health situation in Europe right now, and to ensure the presence on stage of each of our 19 artists, France Télévisions has decided to only admit an audience to the Live Show of the Junior Eurovision Song Contest on Sunday 19 December.”

“Those who have booked tickets for the Dress Rehearsal on Saturday 18 December should contact La Seine Musicale directly. They can receive a full refund or transfer their tickets to the Live Show on Sunday 19 December.”

“Tickets are still available for the live broadcast of the Junior Eurovision Song Contest via the La Seine Musicale website where health and safety measures for attending the show can also be found.”

Health and safety measures within the Junior Eurovision venue.

During the previous official press conference, France Télévisions had explained the health and safety measures that will be applied to the artists, the delegations and all the people attending the event.

These measures include the implementation of a “health bubble” for artists and their delegations, who are requested not to leave their hotel unless necessary, as well as a PCR test every 48 hours for all people attending the Seine Musicale before the show. People who test positive will be isolated and will receive care from Paris hospitals.

There are, of course, other important issues besides Covid. France Televisions recognises that large-scale events can be targets of terrorism and have presented a strict protocol for all people accessing the show.

Behind the scenes, producers are working closely with the national police and the Gendarmerie, which will be mobilized to secure the venue and other key locations throughout the event. 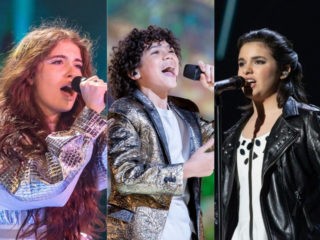 it’s fine if it’s just the dress rehearsal, i hope the live show has full attendance though.

Kinda surprised the venue is not sold out yet, surely you must think that a small venue would be sold out in a massive city like Paris? Perhaps, people are not confident attending shows with thousands around them,.

I’m not surprised since France always took more extreme approach. I’m really worried about the “big” ESC this year. We were lucky to have 2021 hosted by a fairly pragmatic country but I don’t see audience back this year (unless omicron puts this to a quick end)

For goodness sake when will people stop believing in the over hype of another variant. These are normally found in all viruses. We cannot let this suck all the joy out of life. At this rate we will be still at the same place in ten years time. Move on and stop making the stock holders of these vaccines richer and richer

GERMANY:
Planschemalöör (band from Cologne) has officially applied to represent Germany in Turin

Why did they postpone the contest to December? As far as I know, it used to be organised in late November.

Before the emergence of Omicron, I think it was to allow for greater rates of vaccination and to tie JESC vaguely to Christmas?

A vaccindocument to confirm you are vaccinated is absolutely an option to look at. The last thing we need now are restrictions now that everything is open. I have tickets to MF in Malmö, I hope I can go…

Most countries already have that

I would like juries to be voting in the grand final as well with live performances with crowd.
Some performances might not feel the same with the camera work and everything. And we know how important is the energy when people have to vote

I’m so done with this pandemic…

But it ain’t done with us.

It’s the correct decision unfortunately. The pandemic is on a peak once again. Here in Greece the situation is perhaps worse than it has ever been, given the relatively low vaccination coverage. I urge everybody to get vaccinated, the pandemic is not over yet and no one knows what will happen with the new Omicron variant.

im from greece as well, unfortunately got diagnosed just yesterday. everyone has to get vaccinated soon in order for this nightmare to be over. stay safe everyone!

Oh I am so sorry to hear that! I hope that it’s just a mild case of covid and that you will be healthy again in no time!
Perastika elpizo na pane ola kala!!

Oh I am so sorry. I hope you’re vaccinated so that you won’t be as horribly affected. I think there’s a reason that the 2022 contest will have live on tape performances again.

Why aren’t the vaccination rates higher in Greece?

Complicated question to answer. I think it’s a result of both the high number of Greek people that are either reluctant or refusing to vaccinate altogether and the questionable way with which our government has been dealing with the issue of vaccination and the pandemic as a whole. It’s a big discussion really and I don’t think I should be getting into the politics of this problem in this particular platform. We rank relatively low in the EU and Europe as a whole as far as vaccination rates are concerned and the current pandemic wave is the worst yet, so… Read more »

A wise decision, at least there will be an audience in the live show and that’s more important. Also, I think that the Omicron variant is overhyped by the media, rn most of the cases are mild and it seems that the vaccines are most likely to protect from this variant as well

Ah we all hope you’re right.

Yes but we still dont have enough cases to know for sure. Most of the cases were young healthy people in their 30s. What happens with older people?
That said I do hope we wont get another cultural lockdown now that everything is open..

If you are vaccinated and get Covid, you will most likely be fine or even asymptomatic. However you could still pass Covid onto someone who isn’t vaccinated and make them really sick or worse.

Well, I guess it’s the right decision, safety first, now fingers crossed everything will go well and we will have a superb show in 17 days.

It is so sad that the damn pandemic destroys everything for the kids (and the adults). It is for sure the right thing to have no audience for dress rehearsal. I still have hope that all the contestants are able to fly to Paris and perform live on that beautiful stage (and meet eachother – that is the main reason for the JESC – to come together and have a good time).