After two weeks of voting, and more than 2,600 votes, it’s time to check in on our ongoing poll, “Who is your favourite Eurovision 2015 act so far?” With only 48 hours left until this poll closes ahead of Georgia’s selection on 14 January, Amber is staying strong and sitting pretty at the top of our poll. Being a “Warrior” has never looked so easy…

As we discussed in a recent Wiwi Roundup, Amber has led from the moment this poll launched — and her lead has continued to grow. She now boasts a huge 52% of all votes cast. Trintje from the Netherlands is in a comfortable second but much further behind on 22%.

There are still two days to vote. Whether anyone can get enough support to knock Amber off the top might be a big ask, but perhaps #TeamDaniel can rescue him from last place?

The poll will close on Wednesday afternoon, ahead of a new poll to be released on Thursday with the winner of the Georgian national final included. Let us know in the comments below as to who your favourite is, or tell us on Facebook or Twitter.

You can vote in all of our Eurovision polls here. 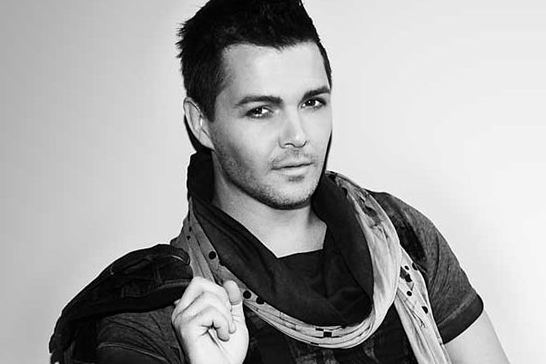 Beovizija 2015: Is Aleksa Jelic the third contestant in Serbia?

I’m a warrior too with Malta and Georgia 😉

PS: From what we are listtinening not a good year until now. Only as a winning star warrior from Georgia, if they are smart enough to choose her

First: None of this have the winning star on it. Second: Albania, altough some how 80’s, will have a revamp and it will be on english; and she really can sing; Third The Netherlands: good vibe, excellent stage performance for sure, and imeddiate why why why…. Fourth Belarus can really go great on stage and has the viollin effect (remember how many songs had win with viollins?) 5 Malta Like the song, contemporary but not a good chorus part, but her accent no… had to work on stage presence 1. The Netherlands 2. Belarus 3. Between Malta and Albania 5.… Read more »

Surprisingly, Malta and the Netherlands are the only songs I don’t like

None of the songs this year are bad, but none are that good either. I’m really hoping some of the more promising countries (Nordics, Azerbaijan, Russia, Hungary, Estonia, etc.) are capable of delivering this year or we’re gonna have a boring contest.

Surprisingly, I’ve grown to love Belarus, I was not expecting this! 😛 My current top 5 is:

Frankly, I have the feeling I have heard Malta’s song around 1000 other times in ESC. 0% original. Trijntje for the win!

a bit behind
3. Albania
4. The Netherlands

A long way behind
5. Malta (seriously, the only one I didn’t like as much as this was the sisters)

Malta’s song is awesome.
Here is my top 5 https://www.youtube.com/watch?v=VrAFwlTztyI

its seems fans of malta have hijacked the poll