As all you Eurovision fans know, Vladimir Graic is the composter tasked with finding the three competing artists for Beovizija 2015, the Serbian national selection for Eurovision. He has already revealed his two female muses: the recently-discovered talent Danica Krstic and soul diva Bojana Stamenov. However, he has yet to find a mister who will sing the number he composed for a male vocalist. It’s not easy to find another Zeljko Joksimovic in the neighborhood, y’all.

Today Serbian media, including Blic and Telegraf, are speculating that Aleksa Jelic — a ballet dancer and “Your Face Sounds Familiar” contestant — will get the nod. Aleksa reportedly confirmed the news by (allegedly) saying that there are ongoing talks and that the final verdict will drop this week.

And that makes sense. Following eurosong.hr‘s request, RTS’ head of PR Duška Vucinic has confirmed that official information about the third Beovizija artist will be known by the end of this week.

Who is Aleksa Jelic?

Aleksa Jelic is a 37-year old Serbian ballet dancer, musician and former Dancing with the Stars presenter who rose to fame after participating in “Your Face Sounds Familiar” in 2013. His father is a popular rock singer Dragi Jelic, who helped him out with his latest song — a duet with Tijana Bogicevic.

He is also notable in Serbia as the author of the Belgrade Pride anthem “Idemo u Grad”, which led to speculation that he’s gay. He neither confirmed nor denied the questions, stating that he loves everyone. Sounds good to us!

He first tried to represent Serbia in 2007 with his Beovizija entry “Beli Grad”, which was placed 7th out of 10 acts.

Beovizija 2008 was much more successful for him and his duet partner Ana Stajdohar. They sang “Beli Jablan”, and missed out on representing their country on a home soil by only four points in the final.

His musical opus is quite colorful. Could something like this single stand out from the expected ballads we will hear from Danica and Bojana?

How do you feel about Aleksa? Are y’all excited for Beovizija? Tell us in the comments below!

You can follow all of our Serbia Eurovision news here. POLL: Who is your favourite Eurovision 2015 act so far? (January 12 Update) 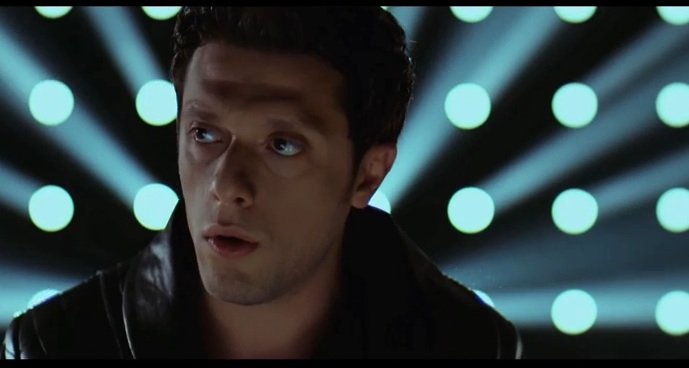 He took part in the Serbian preselection in 2007 with “Beli Grad” and in 2008 with “Moj jablane” (a duet with Ana Stajdohar – a great song that ended second!).

Didn’t know him before but I like what I’m hearing! Personally I’ve always loved balkan ballads, I think serbian sounds specially gorgeous in slow songs, but I wouldn’t mind a fun, upbeat song like Idemo U Grad either!

If Aleksa is indeed the third serbian hopeful I think the choice will be quite tough for Serbia this year!