After Australia’s participation was announced, wiwibloggers Chris, Josh and William got together and discussed some potential artists to represent the land down under at their Eurovision debut in Vienna. A favourite with y’all in our current poll, as well as our poll in 2014, is Australian twin sensation, The Veronicas. They asked us if we’re gonna live 4ever back in 2005, and 10 years later we are still living for these pop princesses from Brisbane!

Well, maybe! But don’t fear, we can assure you that The Veronicas are serving up more musical grunt than Jedward, Twiins and the Tolmachevy Sisters combined, and you’ll be completely hooked by the end of this article!

The Veronicas, formally known as Jess and Lisa Origliasso, are Brisbane-born twins who formed as a musical duo in 1999. They launched their debut album The Secret Life Of… in 2005 after performing at the NRL Grand Final, which subsequently caused the album to debut at number 7 on the Australian Album Charts. The album reached a peak of number 2 and went onto go 4x Platinum and also experienced success in New Zealand, Belgium, Switzerland, the Netherlands and the USA. This album spawned several hit songs, including “4ever”, “Everything I’m Not”, and “When It All Falls Apart”, which all reached the top 10 in Australia and several other countries across Europe.

After the success of The Secret Life Of… in 2005, The Veronicas decided to go full throttle and in 2007 launch their second album Hook Me Up. This album went crazy in Australia and Europe – charting in the UK, Ireland, France, Switzerland, as well as New Zealand and the USA. A lot of you will be familiar with their hit song “Untouched”, which came from this album. This song reached the top 30 in all major music markets, including number 2 in Australia, number 8 in the UK, number 17 in the USA and even reached number 1 in Ireland!

You might have noticed after the success of “Untouched”, the twins went particularly quiet. The girls decided to take a break from music for SIX LONG AWFUL YEARS, until they came back strong in 2014 with their most recent smash hit, “You Ruin Me”. The song was the twins’ first number 1 debut in Australia, and also reached the top 10 in the UK.

There are a few things that make the team at wiwibloggs think that The Veronicas may be the act to represent Eurovision at Australia:

2. There are conveniently four songs on their newest album that are already around three minutes long, including their most recent hit single, “If You Love Someone”, which shows the girls’ involvement in gay pride, freedom of speech and highlights the dangers of illegal animal culling in our oceans, as they are ambassadors for the organisation Sea Shepherd. The song is already exactly three minutes and was released after the cut-off date for released songs.

3. They also have a tour scheduled in the United Kingdom to promote their album, at the exact same time Australian broadcaster SBS is due to announce the Australian entry in March. While the girls are in Europe, it could be a great opportunity for some great publicity! Twinning!

READ ALL OF OUR AUSTRALIA EUROVISION NEWS HERE. 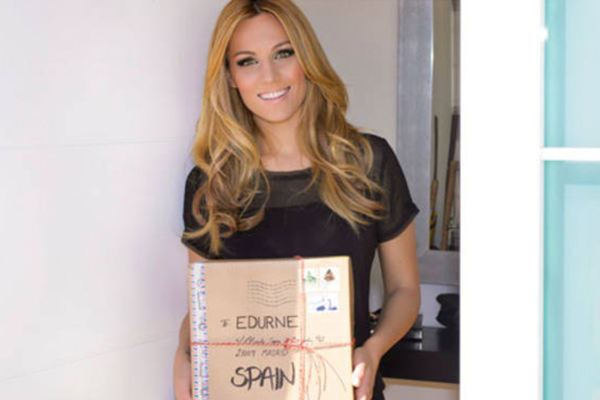 Spain: Edurne records the first part of her Eurovision postcard

I love them, they just HAVE TO represent Australia!!!
They are real musicians, songwriters and composers and the last years were really hard for them, so please SBS send the Veronicas to Vienna!

They could do well, idk, but it sounds like they’ve had plenty of success previously around Europe and that could rope in a few points in itself!

I love The Veronicas. Btw their live vocals sounds nice to me, all that hoarse elements in their voices are beautiful and I’m totally in love with they song More Like Me.

@martin forgot 6 years ago, but last year they came back with a new album and they reached high positions in Australian album chart. First single You Ruin Me reached 1st place in Australia and 8th place in UK, second single If You Love Someone reached 5th position in Australia.

The Veronicas are has-beens in Australia, everyone forgot about them 8 years ago

The Veronicas are sooo amazing, if they get sent then they’ll win hands down. It almost wouldn’t be fair to the other contestants haha

Yes, they can send in The Veronicas too. They will definitely give Australia a left side of the scoreboard finish! I loved them since Untouched came out!

Eurofan, why the caps lock?

I’ve loved the Veronicas since I was like 9 when they first got famous. I don’t really want Australia to win though so I wouldn’t want them to come to ESC.

Oh please Lord no. Their lyrics and live vocals are always a let down.