Over the past week the Wiwi Jury — our in-house panel of musical unprofessionals — has been reviewing each of the eight national finalists in Hungary. Our 10 jurors hail from Austria, Hungary, Ireland, the Netherlands, New Zealand, the UK and the US, so we’re totally international. Below you can see the average score that each act received out of 10. If you click on the artist’s name you can read or watch an interview, if available. If you click on their song you can read our reviews in full. Do you agree with our result?

Note: This is not a prediction. It simply shows our jury’s overall preference. Only one of us is Hungarian, so our opinion does not reflect the Hungarian public.

The Positive: Adam’s song sounds like something straight off the Fifty Shades of Grey soundtrack. Dreamy, sensual and compelling this is the strongest male song in A Dal and it is a shame he’s being overshadowed by the diva-offs. This could easily win A Dal and represent Hungary, bringing them back into the top ten in the process. Love it and yes, one of my favourites!

The Negative: Leather pants are always a no. Leather pants on a man getting all hot and bothered over some anonymous lover are a double no. All of the above, along with a song that’s less moving than an ad for bowel regulating yoghurt – just no!

The Positive: A sweet love song dressed in military armour. I’m drawn to the story and it’s memorable chorus. The verses here are well paced, and clever in its composition and delivery. Zoltan takes this gig seriously. When he hits the peak with his falsetto, you know he’s ready to battle! I’m still impressed with the opening and the fire, the staging itself and his clothing – it’s something special!

The Negative: The militaristic style and pyrotechnics here are a thin veil for an unremarkable song. Also note to the choreographer: the finger-wagging looks ridiculous.His voice isn’t the best, especially on the long notes. Also, Zoltan has some of the strangest facial expressions I’ve ever seen.

The Positive: Ladies and Gentlemen, people of Hungary – Kati is my favourite! This song is already my most played song on my phone and that’s proof enough of how much I love the song! It’s magical, it’s dark and it’s strong! Kati brings the drama, the suspense, the heartbreak, and stunning vocals together to create a performance that this both enchanting and empowering.

The Negative: Okay, I can’t change my opinion, everyone is only crazy about her because she took part in ESC before! But this song…it won’t make the final or if it miraculously does she won’t get a better place than 22nd. I will never understand the hype around Kati. Kati’s vocals appear to grapple with this track, and without any lyrics in English or a noticeable hook in its composition, fans are unlikely to be gripped by this number.

The Positive: This is HOT! Ív is a sultry seductress and I’m under her spell. Her “Fire” may have dimmed slightly during the first heat, but she rose from the ashes and slayed in the semis. Modern, fierce and chart-ready, I’d be quite happy for Europe to become engulfed in her inferno. She sounded amazing this time and I’m in love with this stunning, wonderful, catchy and special song! Her voice sounded brilliant and the show itself was fabulous!

The Negative: I’m not sure how ‘Fire’ even got through to the national selection. It’s by far the worst song in the final. Some saw it as a pleasant surprise reaching the final but I’m just like ‘wait – why do people like this?’ – it’s slow, snooze worthy and just doesn’t seem to go anywhere. Ív lacks any sort of charisma and the only thing that works for her is the instrumental when she’s not singing.

The Positive: I’m still impressed by how touching the song is and how I get goosebumps all over my body. I don’t know – it’s just beautiful! Her performances are always so strong and I really love them. I still think that Boggie would be a great choice for Europe with this ballad. Why wouldn’t Hungary send a ballad like this? I think Europe would appreciate it! Love you Boggie – GO FOR IT!

The Negative: The more I watch this performance, the more depressing it gets. The lyrics – about how awful humanity is – are bleak, and the background graphics just add to the buzz kill. The melancholic performance picks up near the end when everyone is joining in, but that doesn’t last for long. Excuse me while I slip into a coma.

The Positive: I actually quite like it! It’s nice and chirpy, and makes me smile with giddy happiness. In a year full of electropop and whatnot, it’s nice to get a couple of nice lads that don’t mind going acoustic and simple. They seem to have a fun energy that translates well in the song (read that as: maybe their faces made an impact on my judging. MAYBE)

The Negative: First can I just say that Spoon is a ridiculous name for a band and the song isn’t what Hungary should be sending to Vienna. The whistling introduction is light, joyful and easy on the ears but then when they start singing I just want to throw my speakers through the window. The lyrics are dire, the voices aren’t much better and if I was them I’d stick to whistling as I’d much rather listen to three minutes of that.

The Positive: I’m not surprised the public gave him a chance. It’s not boring, and he puts on a good stage-show. Swing is one of my favourite styles and I won’t hide my love for this song. It won’t be in the top four but it’s one of my favourites this year. Well done Bálint! It’s  a smart choice to sing a song in swing style – a lot of people love swing.

The Negative: The Great Gatsby bored me and Michael Bublé… eugh, don’t get me started! An act combining the worst elements of both was never going to win any favour from me. Awful!  A run-of-the-mill swing song like this belongs on a television variety show from the ’80s, not the ESC.

The Positive: The word “Mesmerize” has been in my head for the past few days so I think that’s a good sign. It’s different, it’s nice! It’s got electro vibes that I can give some credit for. I really want to hear more from Passed cause this is such a cool song!

The Negative: As far as I’m concerned, this year’s A Dal is all about the ladies. Alas, Passed isn’t one of them. The performance is basically Germany’s Elaiza on drugs. Clunky, repetitive, folk inspired elevator music, finished off with a complimentary acid trip. I’ll pass! 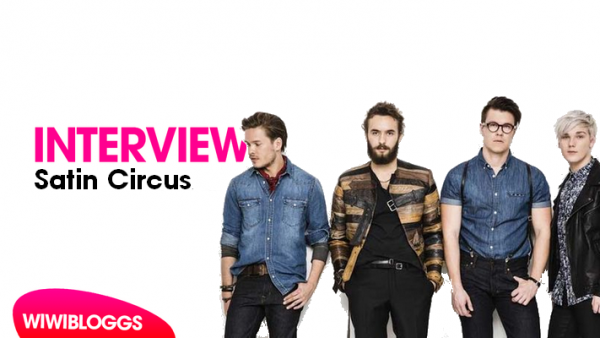 WATCH: Satin Circus talk to wiwibloggs at the UMK Final

…and we all know what will happen when someone is wiwi’s fav…:P

Wow. I really don’t like any of these. Passed have a great song spoiled entirely by the awful lyricist, so if I had to choose I’d go for that with a prayer that the singer could be replaced by May!

Iv – my personal favourite. Her colour of voice is my taste.The song is something different. However, i doubt she will be chosen. On the other hand, Hungary sent some such more ambitious songs in the past.
Kati – a very typical Eurovision’s song, but better than her previous one. The same situation when it comes to the staging. It won’t be the worst choice.
Boogie – please, not! The song (and first of all the performance – the screen in the background) is so pretentious.

The prize is up for grabs, everyone!

Kati Wolf clearly has the best song, whether people fantard over her previous performance or not. Whoever wrote the negatives in her caption needs to reevaluate the song /eyerolls

Dar: You are disgusting.

adam soo i can see more of him in a leather suit 🙂 .. i will give him my love