Hardcore Eurovision fan or not, you must remember Jalisse — the duo consisting of vocalist Alessandra Drusian and musician Fabio Ricci. They took Italy to a spectacular fourth place at Eurovision 1997 with their song “Fiumi di parole”. It’s become an evergreen among Eurovision fans and they have had the pleasure to hear it played in places as far flung as Japan and Eurovision-friendly Australia. They recently caught up with our Croatian correspondent Mario to discuss Eurovision, Junior Eurovision, and much more.

Where does the name Jalisse come from?

The name is taken from a character in the TV series “The Cosby 70s”. Her name was Jalissa. When we met Younis Tawfik, an Iraqi-Italian poet, he told us that it means “get comfy in my house, listening to music and poems”. We became good friends.

Have you ever thought about becoming a trio or potentially forming a band?

Yes, we have had several collaborations with different musicians. We have a band who follows us on live tours. We often think of a solo project of Alessandra, sooner or later we will achieve it. We see that many people are fond of the duo and this is a beautiful thing.

Did you expect “Fiumi di parole“ to place so high at the contest, and to become an evergreen afterwards?

This is the dream of every musician and every artist. The affection that we have from the fans is very high, perhaps because they see in us as simple people. We are very attached to the fans of the ESC and OGAE worldwide. We know that “Fiumi di Parole“ is sung in Japan, Australia … that is fantastic!

How did it feel to finish Top 5?

Do you ever hear from other contestants that competed in Eurovision 1997?

Unfortunately not, but we’d love to. I remember that the pianist of Katrina and the Waves, on the evening of their victory at the Point Theatre in Dublin, told me: “We are the winners, but Fiumi di parole is a beautiful song!”

Were you sad when Italy withdrew from the contest after you competed? What do you think were their reasons?

It is now clear, we have spoken about it many times. There are interviews and confessions, even the same Rai TV Broadcasting and its press office announced that it would have been too expensive to organize such an event. In Italy, Eurovision has never been promoted enough and then it ends up not being followed by the people.

Do you still watch Eurovision? What is your favorite song from Italy after their return?

Of course we watch Eurovision! We like Marco Mengoni’s “L’Essenziale” and “Madness of Love” by Raphael Gualazzi.

Did you watch Junior Eurovision last year? How proud of Vincenzo Cantiello are you?

We were not able to follow the competition because we were engaged. We were sworn on the web for one of the editions of Junior Eurovision 2009, for some other blog and we are very attentive to the music projects for young people. I know there were a lot of really good singers. We can only congratulate to all the artists and Vincenzo. For us, at that age, all kids won JESC.

Do you think Eurovision is popular in Italy nowadays? Would you like to participate again?

The RAI Broadcaster very intensively promoting both Eurovision and Junior Eurovision. Things are changing. Regarding Jalisse, we would be delighted to get back on that stage. As we have already said, we love the OGAE fans worldwide!

Now questions for each of you: What is your all time favorite song by Jalisse?

Alessandra: It’s “Vivo”.
Fabio: My favourite is the next song I’m writing.

Question for Alessandra: Not long ago, you tried your luck on The Voice of Italy, but none of the coaches selected you. Were you discouraged by that? What do you think of the winner, the singing nun Sister Cristina?

The Voice of Italy is a TV talent show, I knew what I was doing. I wanted to have fun, like I did in the movie “EX” by Fausto Brizzi. I didn’t have problems, that’s okay, I was not scared.
About Sister Cristina, she is definitely a character for the clothes, so to create attention. Clearly she sings good, but there are lots of girls who believe in God and sing well, but they do not wear sacred clothes and they are at home.

Question for Fabio: How is it to work with Alessandra? Have you two ever had major disagreements?

Working with Alessandra is stimulating. Sometimes we disagree, but that is natural. We sometimes like a different song or text, but in the end we solve everything with democracy.

In the summer of 2014 you launched a project entitled Song of the Knight, which was dedicated to the Journee Mondiale des Chevaliers, in which you searched for the lyricist of your new song. Were you satisfied with the response? What was the prize for the winner?

We love these projects, music and literature. We did launch a call looking for a text in Italian or other language for the values of the knights of the third millennium: the issues of development were kindness, friendship, tolerance. We’ve got hundreds of texts – from Canada to Finland. We chose a very nice Italian called “L’Alchimista per sempre tuo Cavaliere“ written by Andrea Cappabianca, while we wrote the music. Then we released a single that we promoted on the radio and on the web. The song is in fact on the soundtrack of the film Dado Martino “I wanna be the testimonial”.

We are preparing a theater tour titled “Prova a dirmelo.” We will soon launch a new project like this, and we will seek texts in Italian and other languages. In this way we seek new and young authors.

Also, since 2005 we have been working on creative projects with schools, and the latest project is “Melodies from the Heart to the Front” dedicated to the centenary of the Great War, made possible thanks to the Region of Veneto. Pupils of 15 schools are writing texts inspired by the War 1914/1918 and professional artists compose the music. They will sing together on stage accompanied by an orchestra of 20 elements to share a great passion for music. If you want to learn more, you can do so by clicking here.

And lastly, what do you think of this year’s Sanremo and its winner – the popera trio Il Volo?

Il Vivo won Sanremo with a traditional song – a pop opera that represents bel canto italiano. It’s not musical trend today, but it still has well and precise production.

The song from NEK was suitable for Eurovision as well.

Finally, do you have a message for our readers?

Best wishes to all of you for a 2015 full of music and serenity. Write us and participate in our calls.

You can also follow all our Italy coverage here. 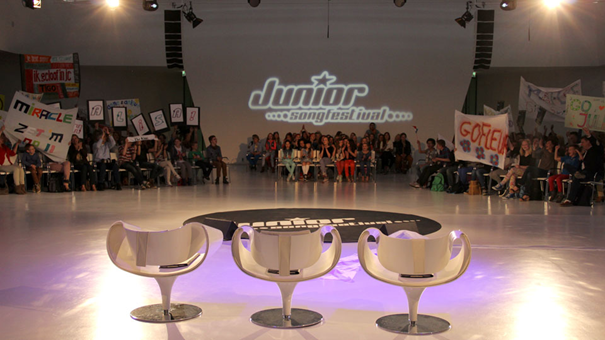 I loveee fiumi di parole. Its like a piece of art. They were in 4th place but that year was really hard. Love shine a light, mysterious woman and dinle were amazing too.

I love their song! It is one of the best songs of the nineties. Pity that they didn’t win. If they had succeeded, Italy probably would not have withdrawn from ESC and maybe would have organised a better contest than in 1990;)

I love them so much, their 1997 entry was perfect and my favorite entry of that year. I still remember giving it a perfect 10 (which was very rare back then). It’s funny how their styling is now much younger than it was 18 years ago.

What about a list of the best songs that didn’t make it to ESC this year? Just heard Chris Grech’s Closed Doors, Malta screwed themselves over…