We are continuing our look through the national final season of Eurovision 2015, with Team Wiwi having ranked another five of their favourite entries. You can view which songs we put in positions 30 through to 21 here, and don’t forget to let us know what you think in the comments, or on our Facebook and Twitter pages.

If you ever needed an example of how to make a great first impression at Melodifestivalen, Isa’s “Don’t Stop” is right up there. An infectious pop anthem, Isa cruised her way in to the grand final on her debut and finished a respectable 7th place.

Wiwi Jury: “She is fierce, she is fresh and she is FREAKING awesome! Every time I blast this at full volume I’m always disappointed it stops after three minutes. She lives, breathes and moves Melodifestivalen. Also those hi tops are #todiefor. For anyone asking how to debut at Melodifestivalen, this should be the yard stick.” (Angus)

Before we had rumours of Moldovan sim cards being bought and the Andreas Kummert incident was a twinkle in our eyes, the very first national final of the year threw up its own controversy. Daniel Kajmakoski may have won Skopje Fest, but allegations of vote rigging spun around as many fans sought to have Tamara Todevska represent the country instead with “Brod sto tone”. The controversy overshadowed two very good songs at heart, represented here by Tamara’s high rankings amongst Team Wiwi.

The German national final, Unser Song für Österreich, might have seemed underwhelming before the show, but many of the acts definitely turned it out with their live performances. The queens of that were four-piece girl group Laing, who completely owned the stage with their very “different” performances: the exercise themed “Zeig deine Muskeln” was very well matched with the intricately lit “Wechselt die Beleuchtung“.

Wiwi Jury: “This is a serious flashback to the ’80s! And an okay one as such. I’m getting a Pointer Sisters vibe here, and the song is delightfully cheesy. How will Europe react to German muscle-pumped ’80s pop? Difficult to say, but I am personally tearing the house apart, looking for my legwarmers. Musculus Maximus, y´all!” (Kristin)

After years of disappointing us with sub-par national finals that mainly seemed to focus on “how close will Samanta Tina get this year?”, Latvia turned it all around with the hugely entertaining and competitive Supernova. Amongst the acts that stood out was the kooky blue-haired MNTHA, who charmed us in interviews and delivered one of the most captivating and different performances of the entire season with “Nefelibata”.

Wiwi Jury: “I can totally understand why Latvians are voting for her – she’s something completely new and special, like from another universe. I would describe the music style as ’80s pop mixed with electric and a really dark background.” (Patrick)

Hardly your usual entry for Melodifestivalen, “Jag är fri” proved to be one of the most divisive songs of the Swedish final too. There were certainly lots of people who find the joik to be a stirring, touching entry with Jon Henrik giving a truly emotional performance…and then there were those who thought it was just noise. But with a second place finish, Jon Henrik certainly proved he had plenty of supporters!

Wiwi Jury: “Easily the most stirring song in the competion, Jon Henrik rejects disposable pop for a joik that channels spirituality and soul. Built on millenia of tradition, it stands out musically and thematically. It would have been admired by ancient shamen and warriors, but also today’s Sami housewives, Sweden’s hot young things, and, potentially, Eurovision voters. Universal and moving, original and touching, this is my indigenous jam” (William) 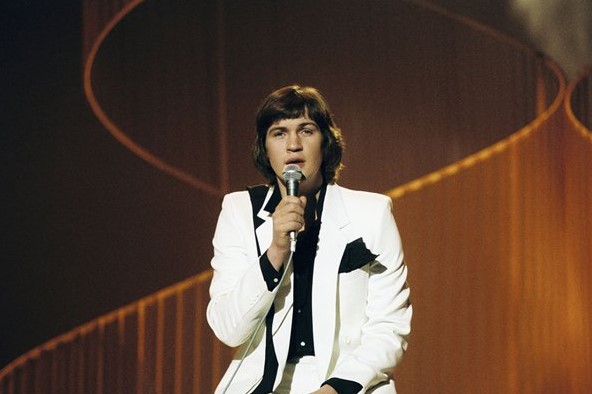 I loved Isa in Melfest, mostly because of the big beardy backup dancer pushing through the bubblegum choreography!

Oh i forgot to change my nickname…Before i had commented on Lynda Woodruff article so thats why this nickname of mine.. 😛
It was so hilarious when Lynda called Azerbaijan with her own version! <3 😀
One of the funniest moments in history of our Vision undeniably! 🙂
Even Azerbaijanis themselfs found this funny indeed! 🙂 hehehe

~ Isa *Don’t Stop* Copy cat of Taylor Swift’s *Shake It Off* that i dislike too anyway & i just rest my case here.. ~ *Brod Sto Tone* – Tamara Todevska That was diamond! <3 Really unbelievable that it will not represent Fyrom to the Vienese Vision…One of the bests and my most liked songs 4 the season of EuroVision 2015! <3 🙂 This song will gonna do great business on the upcoming 2nd chance ogae voting! 🙂 ~ *Zeig Deine Muskeln* – Laing Ewww….I disliked this…Repulsive.. ~ *Nefelibata*- MNTHA I really liked this…It was my most liked song in… Read more »

MNTHA and Jon Henrik!! <3
Tamara has such a good voice 🙂 but I still love Daniel a little bit more XD

Isa was amazing and Tamara Todevska is pure goddess.

Loved MNTHA and Jag är fri. Agree to most here that Aminata was a better choice than MNTHA but frankly speaking I sense in 2-4 years she could deliver something extraordinary to Eurovision.

I’m glad MNTHA made it here. While Aminata will probably do better in Vienna, Nefelibata was just amazing. It was so well performed live, good staging and it’s just different from what normally is put on stage.

Aminata deserved the win, but MNTHA would have also deserved it if she won in Latvia. I’ve grown to really appreciate Jon Henrik’s song too.

Wechselt die beleuchtung was the best song in USFÖ, and was far, far better than Zeig Deine Muskeln.

Sweden for the first time had chance to be orginal (with Jon Henrik ofc).
But ofc they had chosen another pop-shit.

Isa should have participate with a song like “Who Are We” because that’s really her style. I was disappointed when I first heard her entry.

Talking about MNTHA, I seen her live performing Nefelibata few weeks ago at tv show (I was in filming studio). She looked so scared even though there were only about 100 people. I think she’s not confident enough yet, but there’s a lot of time, she’s only 19.
Oh and she look bigger in TV, she’s seems smaller in real life.

ISA is a great performe and I really liked her song. She’s stunning as well.

Definitely agree with MNTHA. I’m happy that Aminata will represent Latvia, but mntha was incredibly unique and everything about her song was amazing. Hope she gets to represent them next year!

Yes, Laing should win in Germany (but with second song) and MNTHA in Latvia. And this year edition would be much more better than with average Ann Sophie and screaming Aminata. More originality next year please, we can see, that national finals are offering very good songs.

i liked Isa a lot.

IMO Viktorija Loba was the best in Skopje Fest