After a hiatus from the music business to attend Columbia University, Armenian-American singer Tamar Kaprelian made her comeback this year as part of Genealogy. But that was just one part of her return to the spotlight. Last week Tamar restarted her solo career by releasing her five-track EP “Yours To Keep”. She talked to us about the release in Vienna earlier this month:

The new material is a bit of a departure for me sonically. There is a lot less piano. More acoustic guitar. All five songs are pretty stripped down. I got my band into a studio and instead of recording each instrument separately, I had them jam. I wanted to capture the essence of a live take- and I believe that comes across in the final master. Even the vocals, I insisted on doing full takes and choosing between the full takes. Having now lived in New York for three years, something about the city inspired me to want to record the tracks this way.

Yours to Keep — Tamar Kaprelian

This EP consists of three original tracks (“Yours To Keep”, “Run Until You Ride”, and “Wanna Go There With You”) and two Billy Joel covers (“Summer Highland Falls” and “Don’t Ask Me Why”).

The title track is gentle, beautiful, and poignant. It’s all about accepting life’s day-to-day hiccups and realizing they’re just a small part of your journey: “The days that seem impossible don’t last, it’s nothing that you haven’t haven’t seen before….every day you wake up there are a lot of things you can be.”

There’s only one thing that bothered about this song: That Tamar didn’t wait to release it until after this September 1. This would have been a very strong entry for Tamar to bring to ESC next year as a solo act. But, if she does decide to return to ESC, we know she’ll bring something just as amazing and atmospheric.

She also released a music video for the title track on May 27.

Tamar’s latest EP has met — indeed, exceeded — our high expectations. It’s a quality piece of work and worth every penny to purchase.

You can order Tamar Kaprelian’s “Yours To Keep” EP here

Read all of our Armenia news here 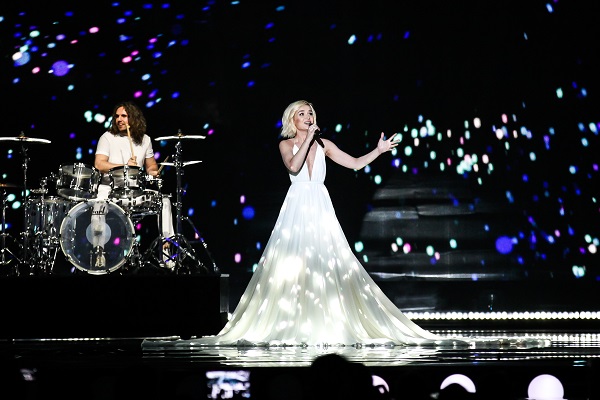 Poll: Who wore the white dress best at Eurovision 2015? Whew! France will not withdraw from Eurovision 2016

This is a much better song than the disaster that represented Armenia this year. I really hope Tamar comes back (solo, please!) in the future. She definitely is a potential winner with the right song.

I love her <3 I love the song so much, but something a little more upbeat would probably work better at Eurovision – she's so talented, would love to see her back <3

I love Tamar. She’s so talented and unique, but I agree with Ozzy, I don’t think her style fits the Eurovision style.

I love her voice, but this song wouldn’t even qualify for the final.