Every day until December 24, we’re stuffing your stockings with a new Eurovision poll and asking for your opinion about important matters such as who had the best tree backdrop in 2015 and which national final you are looking forward to the most. Consider this our advent calendar for 2015. Whether you celebrate Christmas or not, you can let us know your thoughts each and every day by casting your vote and sounding off in our comments section. There’s only three days left until Christmas, so let’s hurry to today’s poll!

Shops and radio stations have been playing traditional Christmas tunes since November — and we are all bored of them already. That’s why we’ve identified some Christmassy songs we’ve heard on the Eurovision stage in recent years. Below we have listed 13 Eurovision songs we find fitting for the holiday season — either because of their lyrics or the atmosphere that they evoke.

But which of them fits Christmas the best to you? Vote for your favourites in our poll. You can vote for as many songs as you wish, but you can only vote ONE time. Be sure to click the box next to each entry you want to support before pressing the vote button.

Did we miss a song? Let us know in the comments!

Norway 1996: Elisabeth Andreassen with “I Evighet”

United Kingdom 1997: Katrina and the Waves with “Love Shine A Light” 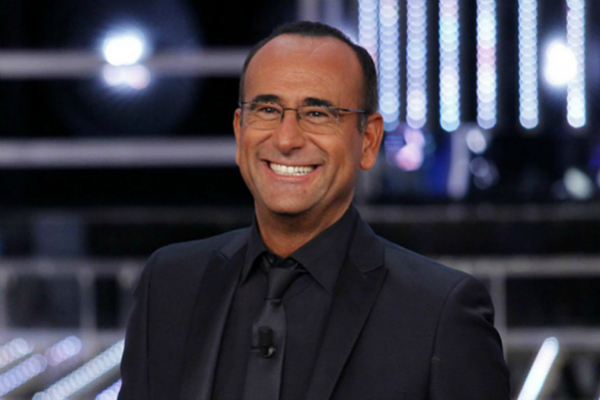 Russia 2010, peter nalitch with “lost and forgotten” by a mile, even had snow on the backdrop.

I guess I am the only one not really feeling any Christmas vibes from songs which to me scream nothing relatable to Christmas … just another excuse for a poll I presume … anyway … I am at least glad that 3 remarkable songs are here mentioned specially since old pre-Dana International ESC is so often dismissed because at the time … we didn’t have a gay reason to follow it much less the musical choices were way under the pop/dance/trash appeal .. but for me growing up in that era stunning era of the 80s and 90s (which everybody… Read more »

Israel 1979 Hallelujah should have been in the poll.

Ben Rafter below is right, the most recent songs almost always win these polls.

I forgot to tell you which songs I did vote for(even if I think “Take me to your heaven”is the most christmassy song):
Den vilda
Stad i ljus
Love shine a light
Light a candle
Angel
A million voices

Anyone else think that Sweden 1999 was the most Christmassy?

In my opinion the most christmassy song is “Chain Of Lights” (San Marino 2015).

In the past Miss Universe held in Las Vegas, Miss Austria were wearing a national costume in honor to Conchita Wurtz. Any comment about it?

I find Songbird (MF 2014) a real Christmas-song. And I just love Ellen Benediktson

“Stad i ljus” and “Den vilda” are together with “Euphoria” the best Swedish entries to enter the contest, with “Den vilda” being possibly the best one. Indeed they fit perfectly with winter overall, stunning songs. Glad to see a few “older” ones in the poll, I sometimes get the feeling only the last few years of Eurovision are generally brought up, shoving aside 50+ years of contests (and loads of amazing songs).

I would’ve voted for Estonia’s 1999 entry “Diamond of Night” too, I always think of the winter and christmas when I listen to it. 🙂

oooops and Jerome, you are so right.

None.
Take Me To Your Heaven by Charlotte Perelli should be in this poll.

I agree DenizNL, and actually, I like it as a eurovision song too.

Actually Chain of lights is very Christmassy too.

Charlotte Perellis “Take me to your heaven” ofc

In my opinion, “Take me to your heaven” is the most christmassy song.(be aware that I haven’t heard every single eurovision song)

Carola and Invincible has always reminded me of christmas. I think there’s another song too but i’m not sure

I have no idea why, but maybe it is the whole melody of the song but FINLAND 2012 totally puts me in a very Christmas Morning kind of mood.

You have forgotten the song that sounds most like a Christmas-song and that’s Croatia 1993 – Don’t ever cry. Close your eyes, ignore the lyrics and put in a Christmas-atmosphere inside your head.