The Wiwi Jury — our in-house panel of music unprofessionals — continues its look at the contestants in Sweden’s Melodifestivalen, reviewing the acts battling it out for the four remaining places in the final via the andra chansen round. Next is Molly Pettersson Hammar who has returned to Melfest with “Hunger”. Did we feed her our love? Read on to find out…

Angus: Last year’s #Melfest started with a bang that fizzled when the app voting came in. This year Molly soared straight… to andra chansen and she totally has me along for the tidal wave ride to come. Besides Isa’s entry, this was the only song worth playing back from the semi-final. The light whip into the middle eight is divine — onward to the final!

Deban: This sounds like an outake from Loreen’s Heal sessions. “Hunger” has a solid beat, catchy without being cringeworthy, and it is suitably adaptable to a myriad of staging possibilities. However, in its current state, it sounds like a dance filler on a Scandi-pop album. Good enough for Moldova 2016, but it doesn’t quite scratch the surface in Sweden.

Padraig: Credit to Molly for making a song as derivative as “Hunger” so compelling. The track is essentially a box ticking exercise – lady with big voice, EDM backing track, key change. However, MPH tackles it with such gusto that I almost care. But no matter how much personality she injects into each utterance of “hunger”, she can’t create something that’s greater than the sum of its parts. If only “I Will Wait” had landed on Molly’s lap instead of Isa’s. Now that would have been something!

Robyn: I was 100% Team Molly last year, and the “I’ll Be Fine” was one of my top Melfest 2015 tracks. But maybe because of that “Hunger” comes as a disappointment. Where “I’ll Be Fine” paired a big modern soul arrangement with Molly’s rich voice, “Hunger” makes the awkward combo of of a cool electronic sound with the Pettersson Hammar fire. It’s ok, but it’s not giving the young diva the song she needs.

Tobias: Molly is hungry for revenge after last year’s app voting scandal, that’s for sure. I really like this song — it’s powerful, her voice is strong and she just nails it! But I think the staging is a bit boring, to be honest. She is just standing still during the three minutes surrounded by a ring of fire. I want more action going on on the stage, something as powerful as her song. However, I do think that she will be one of the four that will qualify direkt till final in Friends Arena. William: I’ve said this a million times before, but this is basically her song from 2015 with some fire thrown in. Thankfully the heat extends to her sultry vocals and sensuality, which pours out of her like water from a hose. Her hand choreography is on-point and her expressions make it seem like she’s ready to have sex on stage right now with all of you. Notice I haven’t mentioned the song. Molly is great, but the song is just a bit meh.

Antranig: “I’ll Be Fine” was incredible and “Something Right” was even better, so naturally this was one of the three Melfest 2016 acts I was most excited for. “Hunger” is not quite of the same calibre as those two songs but when her other songs were two of my favourite 2015 songs, even a weaker song from Molly is better than most music in the world.

Bernardo: It’s impossible not to compare “I’ll Be Fine” to “Hunger”. The first one was miles better than this year’s entry. Molly’s voice is amazing — compelling, sassy, deep and moving — but the song fails to deliver the Melfest’s high requirements. It wasn’t in my top four in the semi — poor Krista — and despite seeing this cruising in andra chansen, It’s one of those acts that are going to be 100% forgettable in the final.

Luis: I’m not exactly partial when it comes to Molly. Her song last year was one of my favourites and I’m totally in love with her stage presence and the power of her voice, so that just makes it all for me. Still, “Hunger” is not so good, and I feel like sending her this year would be wasting an incredible talent with a so-so song.

Sami: I wasn’t that big a fan of Molly last year — and now she is back with a similar song. Molly has an amazing voice and a great personality, but her songs aren’t just for me. But while I still sometimes listen to “I’ll Be Fine”, I don’t think I will ever listen to this again after the national final season is over. “Hunger” is so repetitive, it doesn’t really have much to say and although Molly has a lot of charisma, the performance shouldn’t rely just on that.

The highest and lowest scores are dropped prior to calculating the average score. This is to remove outliers and reduce potential bias. We have removed a low of 4 and a high of 9. 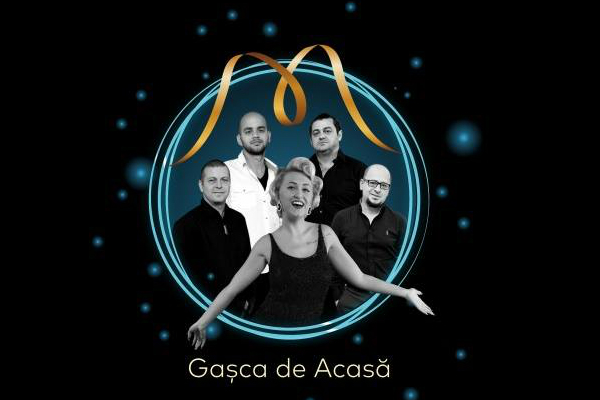 I love this song so much ,its been on loop on my spotify!

Mmm… I think it’s overrated by the wiwi jury, a 6’5/10 would be more appropiated fin my opinion. Melfest this year is a bit weak.

‘Hunger’ (along with ‘Kizunguzungu’) is the catchies song at the second chanse, actually – and one of the strongests along with Isa’s ‘I Will Wait’ to qualify for the final. Actually both this songs were way more better than David Lindgren’s pure mess and Wiktoria’s anything-special song. Semi-final 2 was a total crime. Really.

It is the best song in Melfest for me.
A lot of mediocre songs are getting a lot of love but this is what they should go with.

She was excellent and although “I’ll Be Fine” is better for me, “Hunger” is a fantastic song. She was robbed on going for Andra Chansen! My #3 of this years Melodifestivalen, and I don’t think Semi 4 will change that. 9/10

It was really meh. I would’ve preferred Krista Siegfrieds in AC.