Hello, Europe! Or should we say konnichiwa? Last night you guys watched japanime dream Jamie-Lee Kriewitz sashay to victory at Unser Lied für Stockholm — Germany’s national selection for Eurovision. And this morning NDR/ARD has revealed that Lil’ Miss Jamie-Lee received around 500,000 votes — around 120,000 more than her nearest competitor. Not shocking: She is riding a huge wave of momentum following her win on series 5 of The Voice of Germany.

Ten acts competed in the first round, and the “Ghost” singer earned a hugely disproportionate amount of the votes, nagging 29% of all those cast. Compare that to last-place act Woods of Birnam, who only secured 1.63%.

In the super final the vote remained lop-sided. Adding these votes to the first round votes, the JLK earned 45%, compared to Alex Diehl’s 34% and Avantasia’s 22%. A total of 4.47 million viewers watched the live show on Thursday evening — the highest viewing figures since the 2010 selection which chose eventual Eurovision winner Lena. The market share was 13.8 percent — the highest figure for the network in six years.

And while Germans were clearly impressed with Jamie-Lee, not everyone shares the love — particularly our Icelandic blogger Kristin. You can watch our first reactions below. 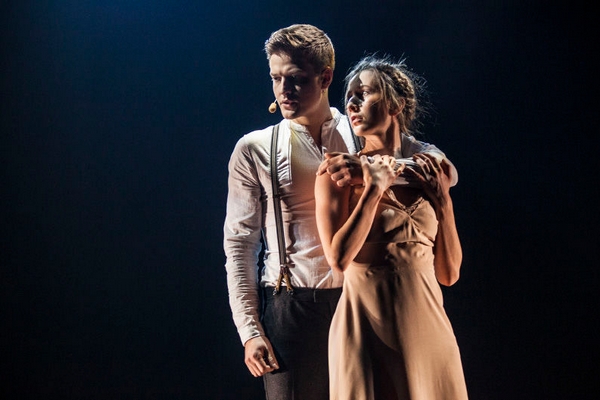 Poll results: Mikael Saari is your favourite to win UMK 2016 Bianca Claxton on Eurovision: You Decide — “It’s been a nightmare not being able to tell anyone!”

Surely Jamie was the best singer and deserved to win. The song isn’t bad, but may not fit for ESC. Beside that the chances are good: She is cute like Lena, She won a casting like Lena, She is from Hannover like Lena, She has the same age as Lena…and best of all…she is a much better singer than Lena 😉

As as response to the wiwi reaction video for Jamie. I was totally out of line, and I was rude. It is okay not to like a song, but it is NOT okay to say nasty and hurtful things as I did, and I am truly and very sorry about that. I would just like to apologize to Jamie Lee and Germany. This was way out of my character, and I do wish Jamie Lee all the best in Stockholm.

She needs support from the Germans abroad!

Her image is so bad though, it will ruin her chances.

I think they flop because with group didn t sang Amelia Brightman (she sang in audio ) younger sister of Sarah, and her part sing young guy with operatic voice like Farineli.

@olive: yeah. it was a kinda awkward watching her getting so worked up by this selection. i was like, calm down. it’s just a song… 😮

Does the girl in the video LIKES any song? she sounds like an eurovision hater LOL

Surprised, or shocked, that Gregorian was not 2nd or 3rd. Either way I wanted Jamie-Lee to win so I’m fine.

Alex is for me big surprise last night, he got 33,94 % in super final and got 2 nd.
I think Laura would be better in voting, but I think many not vote for her, becuase song is compose by Ralph Siegel.

Strange. The song is nothing special. laura pinskis song was the best and she received 400.000 less votes… incredible.