One would think that it’s difficult to find a Eurovision entry for the second-smallest country in the world. Nevertheless, the principality of Monaco competed at Eurovision every year from 1959 to 1979, enjoying a string of successful results — including a win with Séverine back in 1971. After a 25-year absence at the contest due to financial reasons, Monaco returned to Eurovision in 2004, only to withdraw once again after a hat-trick of non-qualifications. And since then, all we have heard is the sound of silence. But we are writing now to change this. Monaco’s residents are the sixth richest in the world, and it turns out they have a selection of perfectly fit candidates in their minute music pool to take the Eurovision stage by storm. Let’s do this.

TJ Bilham was born in London but spends his time between Glasgow and glamorous Monte Carlo. His cute face and catchy pop-rock songs have earned him honours such as opening for Tom Jones in front of an audience of 15,000, and he has recently been broadening his audience by performing in camps in Afghanistan. This lad not only has the talent, but the team behind him too: his latest single was written by Lawson’s Andy Brown – a band that has achieved seven Top 10 UK hits.

The duo, based in the Nice-Monaco region, infuse their African roots with modern hip-hop and pop. With an infectious energy, these two have the potential to follow the worldwide chart successes of artists such as OMI, Fuse ODG and Major Lazer. It’s time to spread those tropical vibes: Eurovision is globalising, y’all!

Sofi Marinova fans, lap up the sounds of budget Eastern euro-house. The French-Monacan DJ group released their debut single “Snow White” in 2011, and remixes have subsequently clocked millions of views. If Monaco wanted to use Eurovision promote its hip clubbing scene, then Piny Fox is the clear way forwards. Furthermore, Eurovision has seen a sharp decline in dance music in recent years, leaving strobe light and hot pants fans clueless as to where to cast their vote. Gap in the market!

What you’re watching now may be atrocious — but that is exactly its appeal. The likes of Rambo Amadeus and Valentina Monetta managed to turn shambolic songs into tasteful satirical entries. And a song poking fun at Monaco’s ludicrous affluence could make for extremely worthy viewing. Or instead he could just dig into his fruitful, Monégasque wallet and splash out on a decent producer, as he did in his most recent single, “Man Machine” (and maybe employ some really loud backing singers).

Back in the 80s, Prince Rainier’s more rebellious daughter brought us a string of 80s pop gems, which – ignoring the fashion – were really quite enjoyable. Whilst it’s highly unlikely that a member of a royal family will attempt to re-launch an 80s pop career via Eurovision, one can never rule it out. Princess Stéphanie briefly came back to the music scene in 2006, when she featured in a single as part of a Fight AIDS campaign in Monaco, and she is still droppin’ it like it’s haaat. Stéphanie ain’t no princess, she ma kween!

Born and raised in Monte Carlo but of Corsican/Ukrainian origin, Vlad Scala brings the urban beats to the Monacan music scene. At the tender age of 25 he built his own production company, and he is in fact close friends with Prince Albert II of Monaco. Yes, hip-hop traditionally flops at Eurovision, but if Mr Scala can make use his contacts and get a big name on his side, Monaco could bring a tsunami to the competition. Kendji Girac feat Vlad Scala works for me…

With a career that has spanned seven decades, and being given the title of ‘dame’ for ‘services to the performing arts,’ Dame Shirley Bassey is not one to turn your nose up at. Known for her strong vocals, this woman can blow the house down on anything from classical to dance music. You may be wondering why a 79 year-old British musical legend has appeared in a Monaco Eurovision wishlist. Well, the singer moved to Monte Carlo all the way back in 1990, and has been a resident of Monaco ever since. You can even receive a private tour of her house in Monte Carlo if you wish!

I’m not going lie: Uranium 235 wouldn’t be the first act I’d pitch to see at Eurovision. But that doesn’t mean that they don’t have their audience. Remember Winny Puhh from the Estonian national final back in 2013? Of course you do! If Uranium 235 were to rock up on the Eurovision stage with similarly insane costumes and stage design to match their intensely painful (and that’s being kind) sound, they would surely cause a stir in any Eurovision line-up.

In recent years we’ve seen a steep decline in upbeat, empowering pop bangers at Eurovision: a true tragedy for Eurofans across the globe. But a strong, independent, curvaceous diva, born in the Philippines and making a career in Monte Carlo, may just be the woman to end this drought. Meet Dimple – the woman who belts it out like the microphone is broken and busts a move like she’s got a squirrel up her skirt. Thomas G:Son, work your magic.

Not once in Monaco’s 47-year history did they send a singer that was actually from Monaco – they sent artists from neighbouring France! In a country with a population of almost 70 million, there’s bound to be dozens of talented French artists that want to represent their country each year, but fail to make the final cut. Or Monaco could represent the French diaspora around the world, sending singers from Africa, Canada, Polynesia and the Caribbean. If not, the country is absolutely full of multi-millionaires – why not do a San Marino and find some crazy Turkish sugar daddy to pay the fee for them and bring the party?

Or they could even make big spectacle out of their selection. Why not hold the OGAE second chance competition immediately after the national final season has ended, and offer the winner a ticket to Eurovision, representing Monaco? Imagine: We would’ve seen artists like Alcazar (Sweden), Adelén (Norway) and Margaret (Poland) given the chance they deserve for Eurovision glory.

The truth is that Eurovision holds countless opportunities for this microscopic country, which really stands no chance of recognition at any other international competition. Come home Monaco, it’s time to slay. 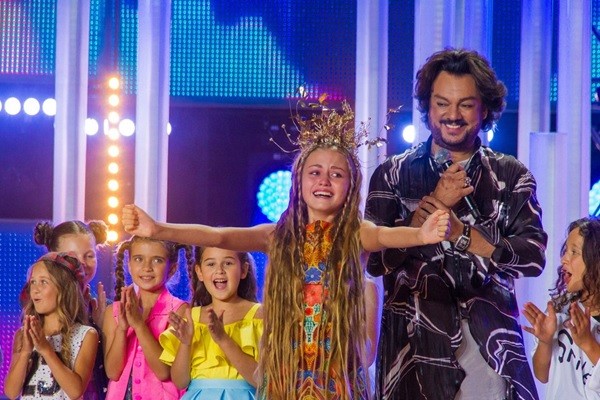 POLL: Who should win Svensktoppen Nästa 2016? The Uranium guys, obviously. Bringing black metal to ESC for the first time ever, no better way to make your much anticipated return. The eurofan reactions would be priceless, too…

They have announced that they will not participate in 2017.

I hear that Josh Stanley is preparing to represent Monaco in the Eurovision 2017 with the entry ‘Charlotte’s Web’. He will win with 420 points and then the TMC will announce the ESC 2018 slogan as ‘Fly as high as the sky’. Our support and congratulations to Josh Stanley!

One of the most amazing voices ever and you choose to show her off with a substandard dance remix. Bring the passion. Bring the Welsh Icon. Shirley Bassey would knock everyone out of the ball park!

🙂
Margaret has become a Eurovision legend, and she has not even really participated.

this is kind of unrelated but svensktoppen nästa finalists are out
(one person from this becomes a part of melfest)
http://sverigesradio.se/sida/default.aspx?programid=3147

Uranium 235 if they want to be sucesfull.

They have options but there is no will. They need someone as passionate for Eurovision like the San Marinese TV people are…

I miss Andorra too, they are more important than Monaco. Monaco does not have an identity.

Monaco will never come back to the contest. The Monegasque channel, TMC, is owned by French private channel TF1 and TMC doesn’t broadcast anything related to Monaco (except 5 minutes news on the Sunday early morning…).

josh stANLEY IS THE BEST!!!! YOU MUST SUPPORT THE JOSHES

It’s between Dimple and Vlad Scala from me if Monaco wants to perform well in their Eurovision comeback. In Dimple’s case, she can easily get votes from most Eurovision countries via the Filipino diaspora there (she would be a favorite in the televoting of Western European nations since the Filipino diaspora is heavy over there). For Vlad Scala’s case, he can easily get votes from the Ukrainian diaspora across the Eurovision countries and don’t forget, he can get votes from Ukraine as well (he’ll have plus points if Jamala endorses him, even!) – in that case, I think he’ll be… Read more »