Between national selection season and the Eurovision semi-finals, there is a huge amount of time for performers to steer sinking ships away from danger. This year plenty of acts that fans had written off before Eurovision underwent a major revamp — sometimes in terms of styling, sometimes in terms of song — and took people by surprise inside Stockholm’s Globen Arena.

Israel’s Hovi Star oversaw a revamp that transformed “Made of Stars” from forgettable dirge to inspired ballad. After unveiling a trainwreck of a song, Nika Kocharov and the Young Georgian Lolitaz worked with Thomas G:Son to serve catchy Britpop realness. And Belarus’ IVAN went from pre-Eurovision laughing stock to hologram innovator when he appeared naked with wolves (digitally, anyway) on stage in Sweden.

But one lady rose above all the others when it came to self-improvement. After counting 3,711 votes, we are pleased to reveal that Belgium’s Laura Tesoro has won the Vision Music Award 2016 for Most Improved.

This teen queen arrived in Sweden with colourful, on-point staging and managed to transform the stage into a jumpin’ discotheque — and one driven by her infectious smile and non-stop energy. Unlike other disco performers (see Finland’s Sandhja, for instance), Laura didn’t disappear into the stage. She owned it. She slayed it. She made it come alive.

Laura joins a storied list of Eurovision acts whose fortunes vastly improved from the time they revealed their song to the time they performed it live. Previous winners include Georgia’s Nina Sublatti (2015), Ukraine’s Mariya Yaremchuk (2014) and San Marino’s Valentina Monetta (2013).

Despite our lukewarm reception to the song after the Belgian final, we were totally feeling it during Laura’s first rehearsal. Here’s how we reviewed it at the time.

“The staging of the song is a jazzed up version of the show y’all will already be familiar with. It’s like Belgium sprinkled some cinnamon on top and spiced it up. The classic disco lights are displayed all along the LED floor and walls, and the big stair case is present for the backing singers to stand on.”

“The biggest improvement, however, is in the choreography. Laura is smashing out some incredibly challenging dance moves – even managing to keep up with the professional dancers behind her. Laura and her posse walk down stage in the beginning donning small handkerchiefs in the colours of the Belgian flag. Then the team get down and dirty as they kill some funkalicious moves on stage.”

“Vocally, Laura was flawless. Despite popping and locking her body throughout the performance, not once was she out of breath or in pain. It’s really quite amazing and it’s a phenomenally catchy end to the second semi final.”

This award is just one of a dozen awards we have launched as part of the Vision Music Awards 2016 (VMAs).

Our 13 categories—from best dressed to most most wronged at ESC—identify the contestants who left the biggest impression on Eurovision fans, regardless of whether they won the contest or not. 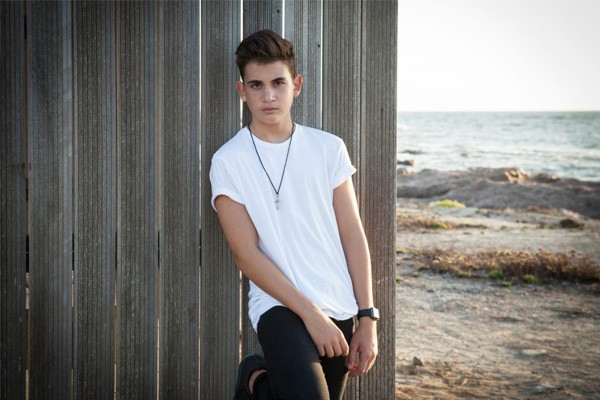 For me it was the opposite, at the Belgian national final, she was my favourite, and I was really hoping for her to win the whole ESC. But the day after Eurosong, I realised it was a copy of both “Another one bites the dust” and several other songs. And when I listened to it, I felt nothing at all. IMO, especially Georgia won this award. From last placed after the national final, to first-placed at the grand final, but Belarus is also worth to mention, it did also grew on me.

Laura had a huge improvement; she completely deserved to qualify and she clamb some 10 places in my top after the contest, being now a borderline qualifier for me as I didn’t enjoy the studio version of the song; it did come alive live very much though. My winner of the category though would have to be Hovi Star from Israel. When all the songs were unveiled I had Israel out of the final. But the new version blew it all away. It went from an OK to me song to a big anthemic song by a charismatic performer. Also… Read more »

If this song was not the opening act, it would have been a lot higher with the televoting public and got a better placing – top 5 perhaps

Don’t like disco as genre, about her song I thought that viewers at home will like it more than jury, and watching interviews I felt sorry for Laura, she was like : ”Hope you like it, vote if you like it…”, very humble and aware of the critics. I’m happy that she did well and I think she did no change, except that she probably have many people that love her and keep her positive.

Meh. Didn’t like the performance or song at the NF, and that didn’t change come May. I will, however, give her kudos for opening the final with a confident performance (something most acts fail at).

Deserved. I hated her song at the beginning, but the performance brought it to a new level.

I loved her performance but I loved her NF as well, even then she had a flawless presentation. So I don’t understand what was so improved.

Israel practically brought a new song and an amazing staging – definitely most improved for me.

Probably useful to point out that she DIDN’T revamp the song. It was the exact same song that she won her national selection with; she just owned the Eurovision stage with her presence and on point staging.

I hated it when she won Eurosong and was sure she would finish close to last in the semis, but she was just WOW!

I loved Hovis and Lauras revamp lots. Lidias was good as well. I love all their songs!

Totally deserved! The thing I loved the most about Laura was her infectious energy – she won me over right from when she won the Belgian final. She may have closed semi 2 and then opened the final 48 hours later, but coming after and before a ballad in both those situations helped her stand out because WTP was a high-energy song. The Flemish region of Belgium should be very proud of getting their best result since Tom Dice in 2010!

Psh. I loved Laura and her song from the getgo. But it was fun to see everyone so down on her and her “generic white girl funk”, and her win everyone over through sheer effort.