With more than 300 million records sold, ABBA is without a doubt one of the most successful musical acts of all time. The Swedish quartet, consisting of Agnetha Fältskog, Björn Ulvaeus, Benny Andersson, and Anni-Frid Lyngstad, reigned the charts from 1974 to 1982 and became synonymous with perfect Swedish pop.

Arguably the most successful Eurovision acts ever, their breakthrough came at the 1974 contest with the evergreen hit “Waterloo”, which reached No. 1 in the UK and even No. 6 in the US. The group’s victory paved the way for global stardom for themselves — as well as many Scandipop artists in the years to come.

“We are not going to reunite”

The quartet infamously split in 1982 after the group’s two marriage — Agnetha and Björn, Frida and Benny — fell apart. But their fame never faded, and subsequent generations have come to love them through the musical Mamma Mia! and the film it inspired starring Meryl Streep. Their 1992 compilation album Gold is the second best-selling album in the UK and one of the best-selling albums of all time, and it constantly crops up in the charts

Their fans have been begging for a reunion ever since the band split. But ABBA’s answer has always been no. In 2000, the band even declined a $1 billion-offer to reunite.

Speaking at the opening of the ABBA museum in Stockholm in 2013, Björn said: “I am very proud of this. I want the visitor to get closer to us than ever before. ABBA split up at the beginning of ’82. It’s quite a lot of years now. We have never reunited. And so I take the opportunity now to say we are not going to reunite.”

“I willingly put on those outfits as a young man. Now as an old man I wouldn’t…unless my wife begs me to. People ask if I can still get into these outfits and I can proudly say I still can and I look fabulous.”

However, as the Swedish newspaper Aftonbladet reports, ABBA still might make a return to stage — just not the way we’d expect. According to an insider, Björn and Benny are planning a new show that would feature holograms instead of the real band members.

“It’s all in the early stages at the moment,” the source said. “But holograms on stage is not a new concept. The technology is already available and it has previously been used for shows featuring stars like Elvis Presley, Michael Jackson and Frank Sinatra.”

Per Sundin, the CEO of Universal Music Sweden, stated that these rumours were “pure speculation”, adding that “there are no concrete plans right now.” But he didn’t deny the claims entirely, suggesting there is something to it.

“There are discussions about all sorts of things. ABBA is one of our most important brands and artists of all time. We went on a field trip to Los Angeles to meet lots of interesting people and look into lots of different things. There are almost unlimited things you can do. It’s really exciting, and we’ll see what happens.”

It has also been claimed that Björn and Benny contacted music mogul Simon Fuller to help them produce the new show. Fuller has managed many successful musical artists, including the Spice Girls, and he created Pop Idol.

The duo is yet to comment on these rumours.

Although they have not performed as a group since 1982, ABBA have made some public appearances together in the meantime, including the the Swedish premiere of Mamma Mia! The Movie in 2008.

Earlier this year, fans did get a brief reunion of sorts, as Agnetha and Frida performed the band’s song “The Way Old Friends Do” in Stockholm.

Knowing me, knowing you… for 40 years now

The rumours of ABBA’s comeback on stage – well, at least the hologram one – have risen just in time of the anniversary of the release of the group’s most iconic album. Last week, on 11 October, ABBA’s fourth studio album Arrival celebrated its 40th birthday. Although the initial reviews of the album were rather mixed, even negative, Arrival is now considered one of the best pop records of all time. In 2005, Robert Dimery included it in his book 1001 Albums You Must Hear Before You Die.

“Their string of hits had proved they had the commercial wherewithal to continue and expand on their musical conquest of Europe and take on the U.S. market,” Dimery wrote at the time.

And he was right. Arrival features some of ABBA’s greatest hits: “Money, Money, Money”, “Knowing Me, Knowing You”, “That’s Me” and “When I Kissed the Teacher”, but most notably their signature and most successful song, the one and only “Dancing Queen”. The 1996 reissue of the album also included the group’s 1976 non-album hit single “Fernando”.

ABBA were often criticised for “naive” lyrics – which is kind of understandable, considering they are not native English speakers – and for not singing about the political and social turmoil of the 1970s. ABBA focused on feelings. And that’s exactly why their music has stood the test of time. Trends come and go, but feeling remains. And what made ABBA’s lyrics even more emotional is Agnetha’s and Frida’s perfect vocal delivery.

The instrumentals are nothing short of perfectly executed pop. And the piano plays the lead role. It just provides the right emotion. In “Dancing Queen”, it adds a hint of melancholy; of mystery in “Money, Money, Money”; of danger in “Tiger”; and of hidden sadness in “Dum Dum Diddle”. And what is left to say about that pulsating intro in “That’s Me”?

That is why ABBA remains relevant more than forty years later and why they still count new fans year after year. That is why we celebrate the 40th anniversary of Arrival. All we can do is thank ABBA for the music!

Listen to ABBA’s Arrival on Spotify

To celebrate the 40th anniversary of Arrival, ABBA: The Museum will put some memorabilia on sale on their web shop. The remastered version of the album on 12″ vinyl will also be released by the end of the year. 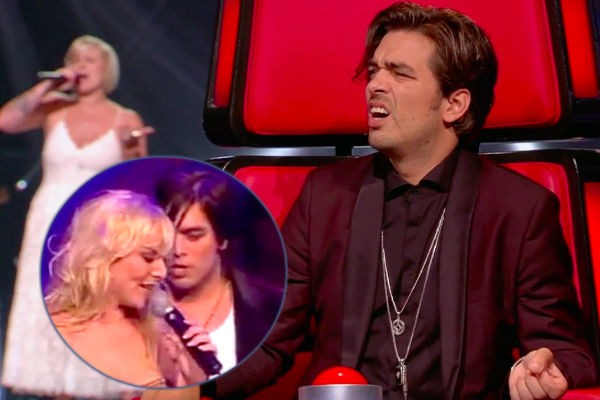 I hate the idea, and don’t see the point. It’s not as crass as similar “shows” exploiting dead artists, but haven’t B & B made enough money at this point? Anybody who wants to hear the ABBA songs live can go to Mamma Mia.

This is as pathetic as the hologram performance done to homage Michael Jackson a few years ago in some awards show and received with strong negativism and the one that was supposed to be done to homage the late Whitney Houston singing in a virtual duet with Christina Aguilera at some The Voice finale show. What is the point of wanting desperately to bring ABBA together even in a virtual way? Celebrate their music and leave them be … they’ve done a one time in a lifetime performance recently … that’s enough. Focus on the music and respect the fact… Read more »