After surviving another sing-off and living to tell the tale on Good Morning Britain, Saara Aalto aims to put things right.

So for tomorrow night’s X Factor UK Disco Week, she will sing “No More Tears (Enough is Enough)” by Barbra Streisand and the late Donna Summer. Enough is enough — no more sing-offs!

As she mentioned on Good Morning Britain earlier this week, it’s a song which perfectly suits her with a big vocal range. Whether she’ll take Richard Arnold’s advice of going large on staging again remains to be seen. But this much is certain: She won’t be dressing up as a Japanese geisha!

This isn’t the first time the song has been performed on Disco Week. Sam Bailey, mentored by Sharon Osbourne in the Overs category, delivered a very memorable performance of the tune and went on to win the tenth series of X Factor in 2013. Can history repeat itself for Saara? 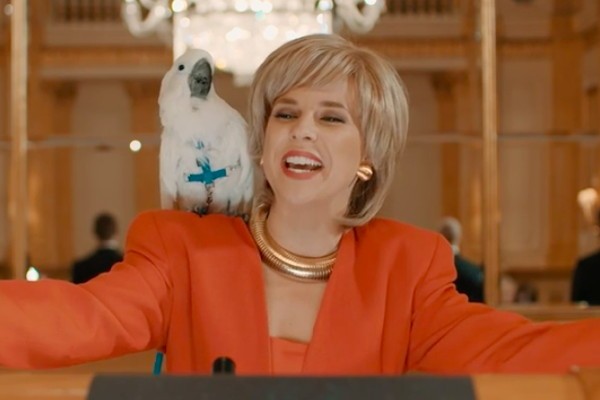 We absolutely love your blog and find the majority of your post’s to be exactly I’m looking for. Do you offer guest writers to write content for yourself? I wouldn’t mind composing an article or elaborating on a number of the subjects you write concerning here. Great site!

x factor australia’s top 7 covered sound of silence a few days ago, if anyone’s interested in knowing, and dami performed her new single.

Renaida did get the least amount of votes tonight.

All melodifestivalen performances from tonight:

This night, all swedish Idol participants sings Melfest songs, for example “Human”, “Euphoria”, “Begging” and Charlie Grönwall will sing “The Worrying kind”. The question remain. Why not “Set yourself free”

Sam is singing “I Will Survive” pretty sure she’s the target this week, and that they want Saara to beat her in the sing off.

If you wanna get all conspiracy-theory-esque, Saara is an outsider, just like Leicester city were in the premier league. They won. Sam bailey is from Leicester (born in London) and Saara will sing the same song as she did. Sam won in 2013. Three years ago. Three is supposedly a lucky number. Three times in the song off. All signs are pointing to a Saara victory??