For 42 years it seemed like ABBA’s original performance of “Waterloo” couldn’t be beaten. But on New Year’s Eve a quartet of Russian Eurovision stars came very close.

The song opened with Eurovision 2008 winner Dima and 2015 runner-up Polina. He was looking slick in a dark suit with a cheerful green tie. Polina was looking glam in a red sequinned swing dress, matching red lipstick, and thigh-high boots.

The second verse was handled by the 2016 televote winner Sergey and 2007 runner-up Elena. Sergey showed off more of his effortless style that we came to know and love in Stockholm, looking dapper in a suit. Elena brought even more glam with an elegant white beaded gown.

The quartet delivered a fun and faithful version of ABBA’s song, which emphasised just what a timeless track “Waterloo” is.

The performance also proved why Russia is one of Eurovision’s power players. The four artists all placed within the top three of Eurovision in the past decade and included one winner. Only Sweden and Ukraine would be able to deliver similarly successful line-ups (and we’d love to see that!).

Meanwhile, Sergey Lazarev has also been spotted hard at work in a recording studio. The singer shared a pic with his Instagram followers, saying “Nighttime — the only time there is to write”.

Fans noticed that Greek maestro and “You Are the Only One” co-writer Dimitris Kontopoulos left an intriguing message on the post, commenting with “Hmm” and a thoughtful looking emoji.

Could the two be working together on a new song?

What do you think of the Russian all-star performance of “Waterloo”? Is it better than ABBA’s original? Share your thoughts below!

READ ALL OUR RUSSIA NEWS HERE Mariam Chachkhiani: The Voice of Georgia winner says “Fly” is about finding yourself 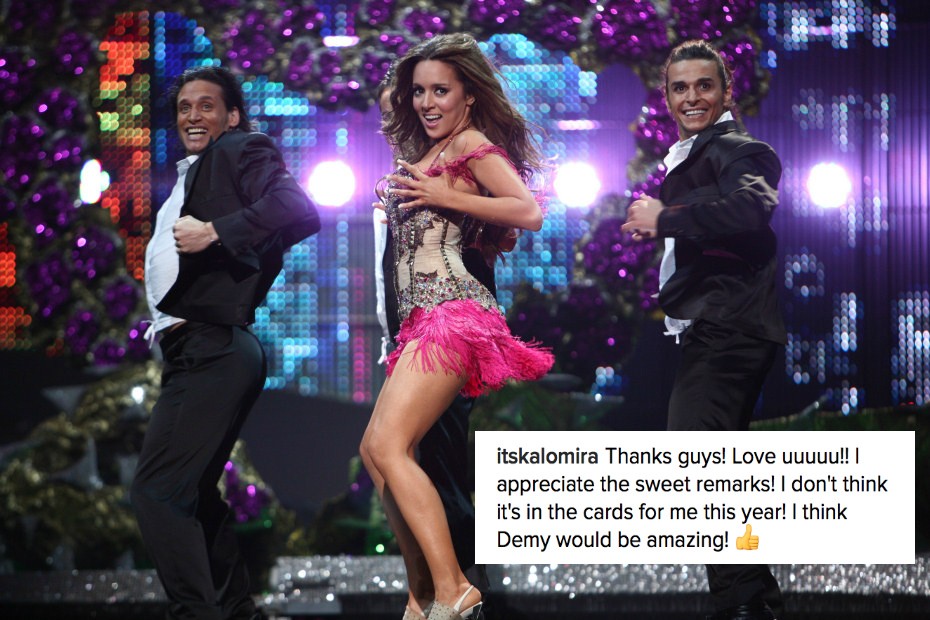 Cool blog! Is your theme custom made or did you download it from somewhere? A theme like yours with a few simple tweeks would really make my blog jump out. Please let me know where you got your design. With thanks

@Lianne if you mean over-articulation and over-expression, that’s because of his classical music education. Check this out https://www.youtube.com/watch?v=yT-Jymb35b8 (the video is very old, possibly from 2010)

@cheesecake LMAO I THOUGHT II WAS THE ONLY ONE, ITS JUST SO BAD

Wow, that was a lot better than I expected! Well done to everyone there. 🙂

Nothing could be better than the original but it’s fun, thanks for sharing!

ESC Azerbaijan 2012 Bilan doesnt sung the lyrics. Now, when Bilan is able to pronounce the Wateloo’ lyrics, I can’t get hear his voice here.
Ok, He will try the third and I will be waiting hear him.

A flat sing-a-long for the Russian housewives and the elderly….

In my mine, they are all winners~ 🙂

Polina in the role of Agnetha is so cute and perfect! Ahh, my f’ing fave… Great performance!

At least Bilan performed better than when he performed Waterlooback then in Azerbaijan in 2011 lol
.
.
P.S: Lazarev is hotttiieeeee ????

With Russia From Love (©Little Big)

That video shows how important ESC is for a country. Once an artist was in ESC, will be forever a superstar in the country he/she represented, and is important enough, even if that artist will never sell 100 milion albums worldwide.
I don’t understand countries that are not interested to participate, or send jokes like Spain 2008, or artists that say : I have a busy schedule in May, so I don’t have time for ESC.

I hope Sergey will represent Russia at Eurovision 2017. He is amazing artist. He deserved to win and I think he prepares very good song:)

While I may not agree with their government, I always love the performances Sergey, Polina, and Bilam give!

@blondboybc
I have two equal versions:
1. Lazarev
2. Nobody

So, does anyone have any gossip or news on who Russia may select for 2017?
Enquiring minds want to know! 🙂