The EBU has confirmed that the draw will take place at 11:00 CET at the Column Hall of Kyiv’s City State Administration. The event will be streamed live on YouTube.

As well as the draw, the event will involve the official Eurovision handover. The president of the Stockholm’ city council Eva-Louise Erlandsson Slorach will hand over the host city insignia to Kyiv mayor Vitaliy Klychko.

Then the countries competing in the semi-finals will be drawn to determine which semi-final they will perform in. The precise running order will later be determined by the show’s producers, once all songs have been submitted to the EBU.

The countries are grouped into pots based on historic voting patterns. This is to help ensure each semi-final is not dominated by countries that may all vote for each other by default.

Pot one is the Balkan region plus Switzerland, pot 2 is the Nordics, pot 3 looks to eastern Europe and Israel, pot 4 takes a journey from Hungary in the north to Cyprus in the south, pot 5 is, er, the leftovers, and pot 6 is the remaining north-western countries.

What do you think? How would you like the countries to be split? Share your thoughts below! 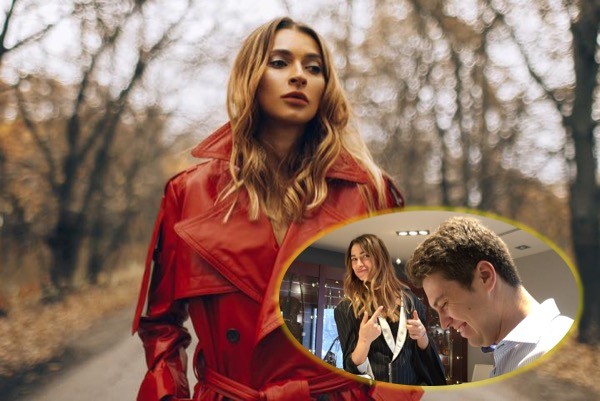 Can TAYANNA win Ukraine’s national selection with “I Love You”? A Champions League match, as well as a match of the Swiss national ice hockey team will be shown on the Swiss national broadcaster SRF during the first semi final of 9 May 2017. Due to this, SRF made a request to the EBU to compete in the second semi final, which will take place on the 11th of May. The Reference Group of the Eurovision Song Contest has approved the request, which is why Switzerland will compete without a draw in the second semi final.

@vlvikin I wonder where is Oxana. I think she also doesn’t like Ukrainians crying about Russians “invading Crimea”, “financing the people of Donbass”, “lying about Serduchka”… I didn’t hear any lie by Russians in the videos you provided. In the first one Aksyuta says that “some people think that Danilko sings Russia Goodbye, however the singer denies such claims stating that he sings Lasha Tumbai which means ”to make cream” in Mongolian”… Which one is the lie? The statement that some people think he sings “Russia Goodbye”? As for Jamala, she has said several times that the song is about… Read more »

I both felt bad and laughed a little when I read Pot 5 were “the leftovers.”

if Russia does not lie, why:
1) Russian commentators said that Jamala song is about refugees?
2) What Verka sing in her the song “Russia Goodbye”?

@AngieP maybe Germany do not want sing on 9 may

Those pots are not intended for you to smoke. 😀

I hope we(Albania) will get in FYR Macedonia’s, Croatia & Slovenia’s semifinal, and not Sweden’s or will be f*cked if they send Loreen..

Oh, I just wanna see a Russian win in the middle of Kyiv. Nothing else. Hahaha…

Just for the sake of Oxana (or whatever) shutting up around here on Wiwi.

@Oxana and just one note. Being different is not a disadvantage. Don’t use the word “midget” as a swearword. Didn’t your mama teach you that people are all the same and that people are judged by what they do, rather than what they like or what they are like, who they sleep with or who they love?

@oxana ok. We are waiting for your reports about Russians crying, lying, dying, hacking Dem’s emails, violating gays’ rights, electing Putin, sending trashy songs to ESC… Whatever you want. Your reports are always interesting, objective and what is more important, they are of great value, being intended to change the world for the best. We just need some popcorn and handkerchiefs. Don’t start without us 🙂

No offence, but why some countries choose in which semi final they’ll compete? I am aware of occasions like a religious or other celebration, but, Germany for example, why? If someone has an answer about it, I’ll appreciate it. About the group of countries in each pot, quote:”This is to help ensure each semi-final is not dominated by countries that may all vote for each other by default”, I’ll say that nevertheless there are still countries which vote for each other in the semi finals. Still this process is better as it tries to avoid neighbouring countries vote for each… Read more »

Unrelated news but the hosts and running order for the Maltese final have been revealed!!
http://www.tvm.com.mt/en/news/daniel-azzopardi-u-daniel-azzopardi-and-charlene-mercieca-to-present-mesc-2017-mercieca-l-prezentaturi-tal-mesc-2017/

of course Russians can’t hear themselves when they cry about it 🙂 I’ve been calling such cries from Russians even here on wiwi for countless times last year, just wait for the season to open, the pattern won’t change.
how about voting results for the time frame like 5-6 years? still the same average from each pot? it’s greatly depend on song and only countries from pot 3 will support even silent song from Russia.

Switzerland, who had been allocated to pot one, were pre-allocated to compete in the second semi-final at the request of Swiss broadcaster SRF.And suprise in that semi vote their neighbour Germany.

I don t like this pot , and many times we had 6 or 7 countries from ex Soviete Union in same semifinal like in 2009…
My draw is ideal
I semi with 19 , other wiht 18 countiries
In semi with 19 countries Albania,Slovenia,Serbia,Switzerland,Norway,Denmark,Estonia,Lithuania,Russia,Romania,Greece,Georgia,Czech Republic,Portugal, Malta, Ireland, San Marino, The Netherlands and Australia , voting countries from big 5 and host Ukraine,France,Germany

@Oxana I have never witnessed Russians “crying” about Russophobes 🙂 yet I have witnessed about 100 times you talking about Russians “crying” :)… What’s wrong with you? This is a standard pot for Russia. Nothing new. Let’s analyze what points Russia got from televoting from each pot: POT1 – 53 points, POT2 – 45 points, POT3 – 54 points, POT4 – 54 points (note: Romania didn’t participate last year), POT5 – 43 points (note: Portugal did not participate), POT6 – 45 points. Which means that any pot would’ve been sufficient for Russia 😛 Unlike Ukraine, for instance, which received most… Read more »

No surprise that Switzerland is in the 1st pot with all the ex-Yugos. Just take a look at the Swiss televotes and you know what I mean.

pot 3 is the most sufficient 🙂 Russia and it’s closest friends. Other pots have some ways to influence voting tho. soon we should hear cries from Russians regarding this matter 🙂 they always cry about such things. “It’s political!” “Unfair!” “They try to discriminate us! Rusophobes!” give ’em time to fill their lungs with air to shout 🙂

I’m very excited! 😀
By the way, can we have Russia competing in the second Semi-Final for once? Just for a change…

@Fikri, I am not going to bet on the delay with announcement because you do not bet on things that are going to happen for sure 🙂

When is the reveal of the theme, design, and slogan? Its been months..

Hahaha i would bet on that

@An esc fan
That’s what I presumed but I highly doubt it would make any difference. Thanks for answering:)

$10 bet the ceremony will be delayed.

@ Liam
As late as possible, the better. Just like every country wants to sing in the second half of the semifinal / final.
It is weird to request in the first place, but if they can, they do it.

Why does Germany always request to be in semi final 2?

Eesti can into Nordic pot!

Pot 5 is for leftovers…a little offensive, guess they are countries who’s ”sisters” are in big 5, or are islands.
If you add Israel and the host Ukraine to Pot 4 you will have a whole family.