The sun is out and the stars are ready to slay! The Malta Eurovision Song Contest 2017, the Mediterranean island’s national selection for Eurovision, will take place on 18 February. But before then the Wiwi Jury — our in-house panel of music unprofessionals — is reviewing and rating all 16 competing entries. Today we move on to Maxine Pace with her song “Bombshell“. Does this ticking time bomb explode with power and fabulosity — or does the song simply blow up? Read on to find out…

William: The Maltese selection is known for melodramatic women screaming about love. But Maxine Pace doesn’t have time for that. She figuratively blows it up with this infectious, upbeat, feel-good track. She brings the girl-next-door charm and the same Meghan Trainor musical qualities that took her to the Top 5 last year, but adds maturity and sass. B – double O -M better call the bomb squad — Maxine is explosive!

Robyn: I’m conflicted. “Bombshell” is such a cute song and Maxine puts so much sass and personality into it. But it has awful lyrics. The song is not content with one or two bomb-related metaphors, but instead packs the lyrics with explosive devices. It’s hard to take so many cheesy mentions of “run for cover”, “call the bomb squad” and “put your hand on my grenade”. And all for the central message of the song, essentially “Look at me! I’m sassy!” I’d expect lyrics like this from a lame teen punk band, but one of Malta’s brightest stars deserves better. Vocally and musically, the song is decent pop. Lyrically it’s a mess.

Josh: Sassy and sweet! Maxine Pace has delivered age appropriate pop to MESC two years in a row and I am loving it. She’s a melting pot of a little Jessie J, a dash of Meghan Trainor and a light sprinkle of Taylor Swift. “Bombshell” is fun. A pop bomb ready to detonate. BOOM.

Chris: One of the best produced songs of the Maltese selection also happens to be one of the most modern. The Meghan Trainor comparison is obvious here, but Maxine stills works to make it her own. Unfortunately, whilst I do enjoy the song, there’s flaws I can’t ignore. The “bomb” metaphors wear me down and the bridge is just awful.

Deban: Sassy production and Maxine’s turbo delivery packs this entry with much-needed spunk. Lyrically heavy, yet almost meaningless, “Bombshell” captures the duality of the song you love to dance to, yet won’t admit you’ve downloaded to your playlist. That said, I’m awarding it praise for taking a different route. Not every Maltese entry should be a ballad or MOR rock offering.

Antranig: “Bombshell” is a lyrical masterpiece — so much attitude! Maxine Pace is not serving up sickly sweet “Young Love” — she’s all grown up and serving major sass. The only potential problem is that she is still only 17 years old and such saucy lyrics would be more appropriate for her in a year or two. Putting that aside, Maxine has matured and this will undoubtedly be one of the catchiest songs in the entire national final season.

Jordi: After listening to Maxine’s “Bombshell”, all I want to do is put on my dancing shoes and get footloose. I love this type of music — it’s cheerful, optimistic and melodic. While this fits perfectly on the radio, I’m wondering if it could make Europe pop at Eurovision. But, honestly, this has to feature on my “Good Morning” playlist! Feeling this energy already… Boom, Boom, Boom! 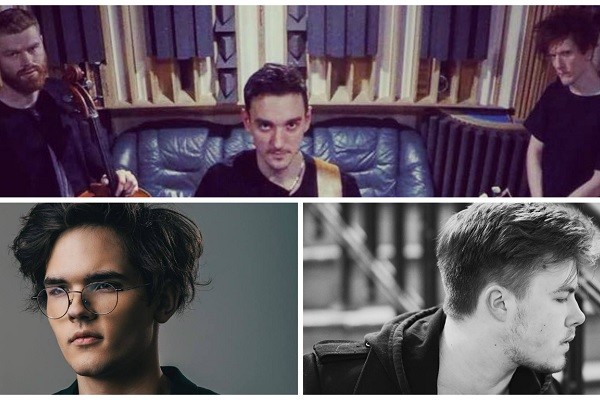 This is a great video clip song, but it is not a stage song. This is not going to attract many votes, particularly from the jury (which will be a surprise for once).

After hearing it, I couldn’t remember it. Malta’s selection just had too many songs that blend together and don’t stand out. This was one of them.

Love, love, LOVE it! Who knows? This might even qualify for the final in Kiev! 😀

This song is cool and sassy, Bombshell could do really well in Kiev but it all depends on the public’s votes this year. Maltese people use your brains and vote for this song if you want to get to the final this year. Good luck Maxine

It’s fun but I’m not impressed.

The song gets repetitive, I have to admit. But it’s an up-beat song. I like it, I’m not thrilled.

It’s a good song. The second verse is a little weak. I could also see it being grating se people but I really like it.

This bombshell simply doesn’t explode. The song keeps me waiting, but by the end, I’m simply not satisfied. It’s going to need a massive revamp in order to make it work.

A feelgood pop-song about bombs and explosions to be sent to Ukraine?

Is it possible it could be a little ‘tone-deaf’, or am I talking completely out of my a**? (It’s been known to happen.)

Considering this year seems to be filled with ballads, this is probably the best choice for Malta. I could easily see Brooke being forgotten in the semi like Amber was in 2015, while this song is current and will definitely stand out

This would quite possibly be, if chosen, THE up-tempo song of ESC 2017. Maxine is usually great in live. It’s catchy, fresh and would stand out. 6.67 is still not high enough, but I have a great satisfaction in knowing it’s the best rated song in MESC so far.