Ten years ago, she and her fellow Serebro bandmates took third place for Russia at Eurovision 2007 with their rather provocative girl group number “Song #1“.

Now, Elena Temnikova is an established solo star and she recently teamed up with the rapper ST, a fellow Russian.

After going solo, Elena’s music took a turn towards sultry electro-pop. “Sumasshedsiy Russkiy” sticks to that template, but with some added ‘dropping-the-beat’-style rap.

The neo-noir superhero movie is due to be released at the end of this month and follows a team of DNA-altered Soviet superheroes that were created during the Cold War.

Rumours have been flying around that Elena is one of the candidates shortlisted to represent Russia in Kyiv.

The singer reposted a photo that suggested her possible participation in Eurovision 2017 and even made some very suggestive comments on her VK page, both of which she’s subsequently deleted.

But you can check out the original pic she reposted below.

Whether or not she will be Russia’s 2017 representative is still debatable. Only time will tell.

What do you think of Elena’s latest release? And do you want to see her sing for Russia at Eurovision 2017? Let us know in the comments below. 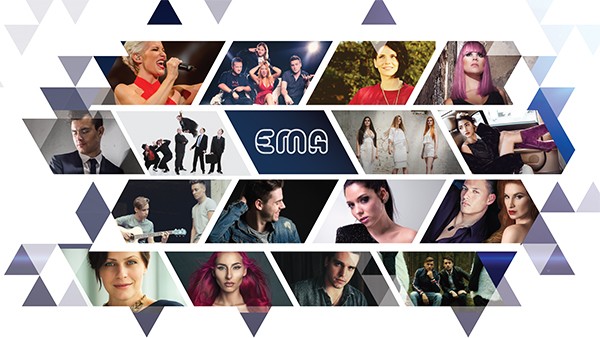 Poll: Who should win the semi-final of Selectia Nationala 2017?

Clearly influenced by Skrlliex’s “Purple Lamborghini” which was used as a soundtrack in “Suicide Squad”.

Thanks for answers, Nina! I’ll translate them later for sure.

@Riva Oh my god I wanted to write Riva and I accidentally wrote my name again! XD. Sorry for being so stupid but I woke up 5 minutes before.

@Riva this one is for Nyusha from dni.ru: https://dni.ru/showbiz/2017/2/4/360577.html
I didnt find something in English for her. I hope my links will help you and everyone else.

Nina, any links please? That’s quite dissapointing. Though, knowing host organisation level the thirst might be suspended for a year, I suppose…

Unfortunately , Elena and Nyusha denied to take part in Eurovision this year. Just check out russian media and you will see that they explained why they are not going to Kiyv and you can do an article about this. Now sources from perviy kanal claimed that it’s Panayotov vs Daria