She won Eurovision twelve years ago in Ukraine and proved her enduring survivor spirit by placing 4th at Melodifestivalen 2014. And now Helena Paparizou has turned her talents to advertising, appearing in a steamy spot for Bioten Cosmetics, who offer natural rejuvenation of skin and spirits.

Starting things off by serving kaftan realness, Helena rapidly strips down for a soak in her beautiful bathtub. With her hair thrown up into a top knot, she sponges down with some Bioten moisturiser. Talk about being the sun to your rainy season.

The Eurovision winner then swaps suds for a swimsuit, gets her photo of the week shot in forty frames or less, and finishes things off with a studio session from the bubbles. wiwibloggs does not endorse the use of electronics in the bathroom – not the kind of fire we desire.

Of course Helena Paparizou is a diva with a broad portfolio, and as well as finding time for the above killer campaign, she’s also given back by lending her smoky vocals to “Colour Your Dream”, an inspirational electrobanger anthem to promote the Colour Day Festival 2017.

The festival brings together young people in Athens to celebrate diversity and the colours of their life. The organisers say the keys to success for the event, which has been held since 2015, are imagination, enthusiasm and love.

The star also took the opportunity on May 21 to commemorate the anniversary of her victory through her official Facebook page.

Paparizou won Eurovision 2005 with 230 points and continued Greece’s top-10 run started by Sakis Rouvas that only came to an end in 2012 when Eleftheria Eleftheriou placed 17th in Baku in 2012.

Greece has failed to match the success of the 2000s in the 2010s. Last year it failed to make the final for the first time since the two semi-final format was introduced in 2008 and Greek pop star Demy only managed to scrape into the final as the last qualifier from Semi-Final 1 this year. 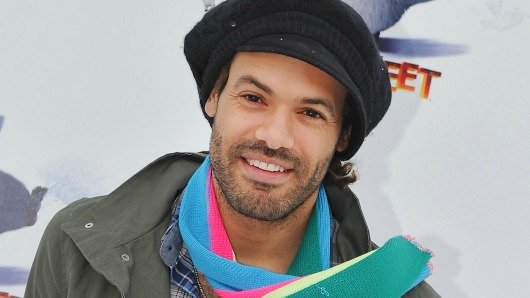 Eurovision 2018: Could Alain Clark sing for The Netherlands? She is still relevant but i will never overcome her stupid decision to stay in Greece after her victory and not try to launch a European career with mambo and gigolo.

What makes you think she didn’t try?

She was in Australia few months after the Eurovision doing talkshows.

Personally, I think her recent songs sound rather trashy.

Thinking about it, she’s one of the most successful ESC artists ever- 12 years from her victory and she’s still relevant.