They’re the Moldovan folk-pop group who finished fourth at O melodie pentru Europa 2016. And now DoReDos hope to go even higher, as they have teamed up with legendary Eurovision composer Philipp Kirkorov on a new Eurovision submission entitled “My Lucky Day”.

Sources close to the artists revealed the news to wiwibloggs over the weekend. You’ll be able to hear the song on January 16 at 12:00 CET, when Moldovan broadcaster TRM releases up to 35 entries that have made the cut for its selection.

Judging from DoReDos‘ past work, the song may well feature dance, folk and funk elements — very Moldova and very fun. You can check out their 2016 entry to see what I mean.

Kirkorov has been a fan of the group for some time and cheered them on as they won the prestigious New Wave International Music Festival last September.

As you’ll remember, the competition previously helped launch the careers of Eurovision greats including Sergey Lazarev, Jamala, Dima Bilan and Tina Karol to name a few.

During the competition in September, Kirkorov sang the group’s praises.

“They heat it up, they are my favorites,” he says in the video below. “They are unique and energetic, they infect the audience with their energy from the stage!”

Kirkorov — Russia’s top-paid pop star last year — has envious connections in the music industry, and top producers, choreographers, stage directors and artists are in line to work with him.

If DoReDos win the Moldovan selection, Kirkorov could build a dream team — perhaps THE much-talked about “Dream Team”? — to help with the group’s performance in Lisbon.

Any other “Dream Team” entries?

In December Kirkorov revealed to Russian media that he had been approached by a country friendly to Russia and had agreed to produce their entry for Lisbon.

Soon fans started speculating. Ukraine was ruled out due to current political circumstances. This left Belarus and Azerbaijan. But some fans ruled out both Belarus due to it running a national final, and Azerbaijan because the elegant style of AISEL seemed at odds with the bold pop traditions of the “Dream Team”.

But then things got very interesting. Later in the month AISEL posted photos from a Moscow event celebrating the Russian glossy fashion magazine Bonjour. The Azeri beauty was pictured with magazine cover stars Philipp Kirkorov and Ani Lorak, stoking even more speculation that he’d be working with her.

And while that remains to be seen, this much we know: Moldova is definitely “a country friendly to Russia”. In fact, both DoReDos and Kirkorov have received honours and praise from Moldova’s president Igor Dodon.

In November President Dodon even congratulated Kirkorov on his success at the Golden Gramophone Awards. He described it this way:

“Congratulated my old friend, People’s Artist of Russia Philip Kirkorov, for his absolute record — getting the 22nd award of this prestigious competition. I thanked Philip for supporting our Moldovan talents. This year he was an ardent supporter and personally held the Sun Stroke Project group for Eurovision (3rd place) and DoReDos on the New Wave (first place). I wished Philip Kirkorov good health and further success!” Poll: Who do you want to win Switzerland’s Entscheidungsshow 2018? 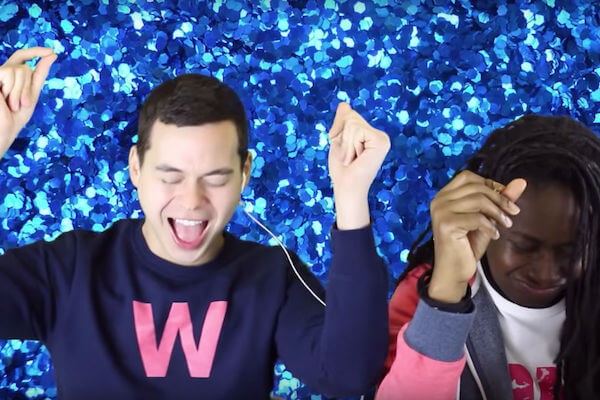 Eesti Laul 2018: We listened to the SF1 songs and filmed our reaction

I’m glad about Moldova because they usually don’t do well and last year they slayed! If they are to go to Eurovision and the song is good, it will be another successful year for them.

Hopefully he updated his stale sound.

YAY!! I’m actually so happy about this news. Aisel deserves so much better than him. She is an amazing singer, hopefully she will come up with something beautiful. I am sure Philip would give her an old-fashioned ballad or cheap pop song.

It’s obvious that Moldova is going to pick Doredos. They already were rumored act for this year. Now that they are working with Philip, it’s 100% sure they are the one who will represent Moldova.

If I was Aisel I would hope for Kirkorov to work with me. Ani Lorak, for example, became a super star in all post Soviet Union after Eurovision 2008.
On 3 March she will give a show at the Olympic stadium of Moscow.
Aisel is 27 years old and she has done nothing big so for her it would be a great opportunity

I hope they go with the same groep that sang Discover Moldova last year, that was a lot of Fun.

I don’t think this is confirmation he *isn’t* working with Aisel. He says that he was approached by the country and asked to produce their song for Lisbon. Unless Moldova’s national final is even more corrupt than we previously thought, if he’s competing in a national final he wasn’t *asked* by the country to produce their song. He was either asked by the artist or he approached them himself.

It’s actually TRM, coz TVR is the public television for the friend neighboring country (Romania)

I am very happy that A?SEL and Azerbaijan will not be a victim of the Greeks and Kirkorov

I am glad he is not working with Aisel. I expect something amazing as “Skeletons” from Azerbaijan or even better. 🙂

No no no, Doredos have their own good style. Kirkorov has only one style. He has nothing to give more to ESC, his music is outdated and still the same. No more Kirkorov and Greek “star” team neither.

I have learned my lesson with Moldova and I will not judge the song till the moment I will see the stage presentation.

Btw, OFF-TOPIC:
Sad news for those, who voted for “Kvitka” as Tayanna’s National Final entry.
She announced that she can not participate with “Kvitka”, since the song was unfortunately released before the 1st Semptember.
I don’t know if she will sing with “Sila”, since I do not speak Ukrainian, but as far as I understood, she wrote on Instagram that she is currently coposing another new entry for the Natinal Final.

At least, I’m happy that Aisel doesn’t work with him.
Moldova will probably qualify again, but they really need another bang like Hey Mamma.

well Aisel should work with them taking into consideration the results Azerbaijan had the last 4 years 😉
I really hope Aisel won’t come up with an alternative jazz song that everyone will “like” and no one will vote for. They should take their lesson from Dilara and Dihaj.
She is so good looking, her English is perfect, her voice is warm, they should find a song that will appeal to everyone.

@VlaD I agree 100% regarding her song

I understand your suggestions, but why would working with Philipp necessarily mean that she will get a good result? I mean from 2014-2016 they worked with Swedish composers, and what did they get? Bad results, with the exception of Elnur, since 12th place was actually quite ok. Dihaj, however, worked with an Azeri composer, and Skeletons was really appealing to everyone. The only reason, why she did not reach the TOP 10 was the stage performance, which, in my eyes, was one of the best this year. However, the horse, and the chalkboard were apparently a bit confusing, and hence… Read more »

Well last time they worked with the Greeks they came 2nd with the most points they have ever received. And their song and staging was amazing. For me Dihaj had a nice song but I don’t think it was a song people would vote for. Its one of the songs you like but you are not voting. I am not saying that Kirkorov would give her a good song but I am sure he would give her something mainstream as for example he did with Ani Lorak in 2008. I don’t believe that Aisel should copy Salvador with a jazz… Read more »

You’re right. Let’s wait and see. I, personally, would love to see an entry, at least partly in Azeri langauge.
I also don’t think that she would copy Salvador, she has her own music style, and as Dihaj said about her “She knows what she is doing”.

Sorry if you are Azeri but your language is not that nice. It’s nit Italian for example. This is way I think she should stick in English.

Lol, I’m not Azeri, but I love the Azeri langauge, since it’s pretty similar to my language, which is Turkish.
The reason, why I want them to sing in Azeri is because they are one of the only countries that have never sung in their own language.
Also, Azeri language suits perfectly to songs. How can you judge language, if the country has never sent an entry in Azeri?

I have heard several song in Azeri from a YouTube channel songs that someone posted some time ago. I don’t think it would do well in ESC. And Aisel has so good English why should she sing in her native language?

Maybe because it’s EUROvision, and not ANGLOvision?!

And didn’t Salvador sing entirely in Portuguese as well, although his English was nearly perfect?!

The italian language has 6 vowels, and Azerbaijani has 9 vowels. Peace out.

Funny folk was awful. I hope they will have a better song this year. Looking forward to this.

But why should we compare this contries? Anyway, this colaboration is pure political, but who I am to judge? :)))

moldova will slay again this year