Serbia’s Beovizija makes a welcome return this year after nine years. After some doubts were cast, RTS confirmed last week that the show would be going ahead. Today, they went one step further by announcing the 17 finalists for the national final!

Perhaps the most notable name on the list is Rambo Amadeus. Montenegro’s 2012 representative enters as part of a duet with veteran singer, Beti Dordevic.

You can see the full list of names for Beovizija 2018 below:

Other notable entries include singer and DJ, SevdahBABY, as well as Maja Nikolic. Maja enters with “Wonderland”, with music composed by Vladimir Graic. Vladimir is, of course, the composer of Marija Serfivoic’s “Molitva”. Could this be another winning combo for Serbia?

Beosong 2013 runner-up, Dusan Svilar, also returns with “Under the Locust Tree”. Pinkove Zvezdice star Igor Lazarevic makes his national final debut with “Get Away From Me”.

RTS has announced that we’ll hear further details on the songs in the coming days. We’re also still waiting to hear the exact date of Beovizija, as RTS have simply said “the second half of February”.

Are you excited by today’s Beovizija 2018 reveals? Would you want to see Rambo Amadeus back at Eurovision? Let us know all your thoughts in the comments section below. 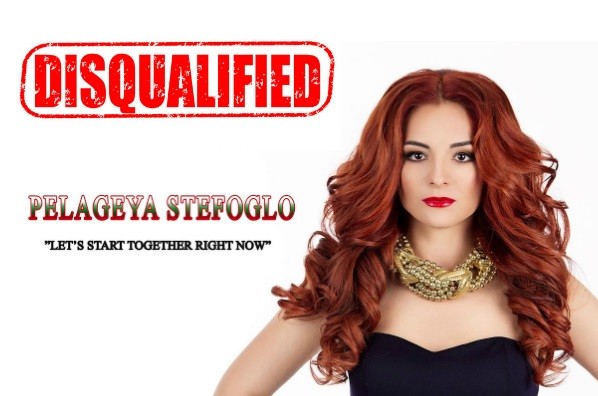 POLL: Who should win Semi-final 2 of Selectia Nationala 2018?

I cant wait to hear what Serbia sends as their representative because every Beovizija song as been brilliant like Marija, and Jelena. so I have high hopes Serbia will bring a brilliant Artist and singer to get a good result.
if the song is good you’ve got a vote from the Uk.
good luck Serbia

Sanja Ili? and Balkanika – the biggest name, I hope they will win

Serbia is one of my favourite countries in Eurovision!
I’m looking forward to Beovizija! I hope for some good songs right there!

Sanja Ilic and Balkanika , Igor Lazarevic and Maja Nikolic all sound quite promising going on previous songs i have listened to.

I hope Sevdah Baby has good song, they are very good!

Oh no, the man with greasy hair is back…. He should retire, once and for all!

I think what Serbia fail to understand is hosting a National Final is all good and well, but for the past 2 years they have had one of two issues: A vocally talented singer, good staging but a song that didn’t match resulting in 18th place (2016). In 2017, a really good song, uncomfortable staging, bad outfit and poor vocals left her in the semi final. They need to get the match between an all around good act to stand a chance of even qualifying. Tijana was too confident and sure in herself but in reality when she performed she… Read more »

I am from Serbia and listen, Rambo will have better song than 2012 because he is in duo with Serbian Beti Djordjevic which sings old kind of Serbian music but they didn’t write song and it means it won’t be smth bad.

Listen to Sanja Ilic and Balkanika. It will blow your mind

One of the big name artist is Sanja Ilic, world music composer, with band “Balkanika”. In the past decades he is engaged in writing music influenced by the Balkan region. His music is a blend of traditional and modern. A very important part of Ilic work has been writing music for movies, TV series and theater .

Does Rambo have any ambition to win the competition this time?

No that excited to be honest! I expected some big names, not semi-famous and Rambo again! Why not pick someone with a relevant sound and name? Half of the entries are joke entries, the other are serious ballads! None which is relevant today. Serbia has a very exciting music scene, why not show-cast that?

Did you even listen to songs??? It’s not released yet !!! Why do you have problem because he had crazy song in 2012? It won’t happen again. You wanna TURBO-FOLK or stupid grand singers ( JK is good only ) ???

How do you know which one are ballads and which are joke entries, we haven’t heard their songs yet?

why won’t RTS just internally pick queen karleusa in stead of this competition only consisting of a bunch of irrelevant no-names????????

She is not. She is not good with RTS and also she was probably last year in competition but she gave up because no money for performance. She said if they call her, she will accpet.

She is not good with RTS and also she was probably last year in competition but she gave up because no money for performance. She said if they call her, she will accpet.

Oblviously you haven’t heard her sing.

The candidates are ok, I only know half of them. But they are amazing! Maja, Igor, Dušan, Saska… I expect great songs in our language! You can also add that it will be in Sava Centar again – the press center if ESC 2008, and not in RTS studio

Uh I expected some more big female names like Milica Pavlovic, I hope among those songs there’s something worth stanning for.

lol no Grand production singer is ever going to ESC

Yeah y’all have the same problem as we do in Italy, the best singers aren’t interested in the Eurovision selection because they still sell better than Sanremo participants without lifting a finger (Alessandra Amoroso, Tiziano Ferro…).

Yeah. He is. But he is good vocalist but even close as Marija’s. : ) Good Luck to your country from Serbia.