Comeback queens! This morning Lithuanian broadcaster LRT confirmed that Greta Zazza and Ruta Loop have won the two wildcards to compete in the semi-finals of Eurovizijos atranka 2018 on February 24 and March 3. The Lithuanian ladies beat competition from ten other eliminated acts to return to the competition and will now be firmly focused on winning the ticket to represent Lithuania at the Eurovision Song Contest 2018 in May.

Greta Zazza won the most votes of the two, collecting 4484 in total, after being eliminated from the competition last weekend.

Greta and Ruta Loop will now perform their songs “Broken Shadows” and “Positive Thoughts” during the semi-finals. Greta will perform this Saturday and Ruta during semi-final 2 of the competiton.

Last year, LRT also threw one act a lifeline through a wildcard, bringing drag act Gytis Ivanauskas back into the competition.

Speaking about the decision to use wildcard’s again, Lithuania’s Head of Delegation Audrius Giržadas said:

“”I think this decision is valid, because it gives an opportunity to better appreciate the views of television viewers, radio listeners and portal visitors. In addition, it provides such a necessary chance for performers and an opportunity to smooth out the commission’s estimates of surprises.”

Lithuania’s marathon Eurovision selection is now entering the home stretch. Two semi-finals take place in the next two weeks and on March 11 we’ll find out who’s following in Fusedmarc’s footsteps to fly the Lithuanian flag in Portugal in May.

The winning act will hope to improve on Lithuania’s experience last year. Fusedmarc not only failed to qualify, but also suffered the indignity of placing second last in their semi-final. The 17th place result also made it Lithuania’s worst result since 2005, when Laura & The Lovers placed 25th, only managing to win 17 points.

YOU CAN GET MORE LITHUANIA NEWS HERE 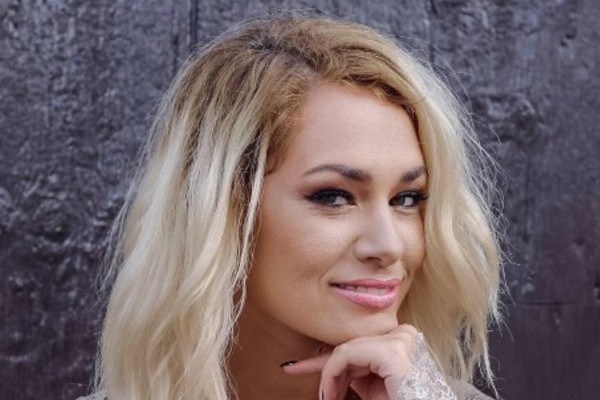 Seriously yawn.
Why bother having a wildcard if not to bring Vidas back? These two songs weren’t worth listening to the first time, let alone again.

Happy about Gretta. However, I don’t know why they add songs while having already many in this national selection.

All these dreadful Shows and in the end they’ll probably choose another ”rain of revolution”, it’s unnecassary. Just leave all the bad Songs out, nobody needs them. Stick with the few good Songs and stop having thousands of Shows. It’s the same with Romania, 60 Songs? Nobody Needs that.

Watch them get eliminated again on Saturday’s quarter-finals. If the geepee and juries have spoken for their elimination once, that means they ain’t getting ar.

1) What (or who) is geepee ?
2) As Zymantas already wrote below, Greta really has a chance if she’s put in the semi with the weakest singers
3) Last year, when Lolita Zero was eliminated and returned back (via the same online voting) to the final, she was 3rd in televoting there :)) so, everything is possible, especially for Greta (Ruta will face lots of hate because of her dirty tricks in that online voting)

I don’t like this national selection of Lithuania. It takes them forever to choose a song. They seriously need to make some changes next year.

And this wildcard thing is just nonsense. They got eliminated it in the semifinals, so what’s the point of this now?

Something fishy happened :/ when i voted their were around 8000 votes already submitted and ruta was barely at 4%,

Noooooooo! I voted for Pusvalanduko to return! We need funny acts too. Not everything can be serious. Anyway, welcome back, Greta. She would be my second choice.

There is already ‘Hello’ as funny (joke) act and ‘Positive thoughts’ itself isn’t that seriuos. However, this online voting really seems dirty due to the fact that Ruta gained most of her points at the very last hours of voting which happened to be at midnight 😀 but LRT already confirmed that they are OK with this result stating that ‘all the votes came from different IP’ – yeah, as if you can’t counterfeit it…

I find this really unnecessary, both songs will not qualify to final.

To be honest Greta Zazza still stands a chance. If she’s put in a semi with Ruta Loop, Silvija Pankunaite & GeraiGerai, Twosome, Marija, the jury will give her a much higher rating. The jury should even prefer her to Paula, given their track record.

Most ridiculous NFs this year:

Wait till you see Poland, lol. I feel our NF will be pretty ridiculous, too 🙁

Vidas Bareikis is out :'( And Lithuanians wonder why they end how they end.

esc freak
Reply to  Marco A.

Giedre
Reply to  Marco A.

Yeah true, like Pusvalanduko could win something else that wouldn’t be Barbara’s Dex award at Eurovision.