Get out your knitted beards: Conchita Wurst is coming to London!

Naturally Conchita will be going big. Besides performing with the world-famous BBC Concert Orchestra, she’s also bringing her own rock band to spice up the evening. Her concert will include her biggest hits like ‘Rise Like A Phoenix’ and ‘We Are Unstoppable’, but also the James Bond classic ‘Goldfinger’ and La Cage Aux Folles anthem ‘I Am What I Am’. As the ticketing site says: “This will be an evening like no other, full of excitement, drama and glamour!”

There’s an added bonus. Two, actually. Conchita will be joined by soul, gospel and R&B performer Mica Paris and Welsh singer Betsy. If you don’t know them, you will soon.

We want you and a friend (or parent or loved one) to be there. So wiwibloggs is giving away two tickets to attend the show this Sunday.

All you have to do is tell us in 15 seconds or less why YOU deserve to win the tickets. Then upload your video to Instagram using the hashtag #conchitaXwiwi. You need to do this by Friday at 9:00 GMT. We will then choose our favourite by 11:00 GMT and will contact the winner directly on Instagram.

Please only enter if you’re available to attend the show in London at 19:30 this Sunday. The winner of the contest gets both tickets, and can take whomever he or she would like.

The concert will be held at the fabulous London Palladium, not far from Oxford Street in the heart of London’s theatre district.

In April 2017, Conchita hinted to Wiwibloggs that she was in discussions to dazzle us with a collaboration with the internationally acclaimed BBC Concert Orchestra, but she hadn’t closed the deal at the time.

Confirmation of the collaboration is further testament to her enduring popularity at home and abroad.

Conchita, who endured mockery in the months leading up to Eurovision 2014, rose like a phoenix in the bookies’ rankings after her stunning semi-final performance. She managed to tug on heartstrings while at the same time awing audiences with her powerful voice.

She eventually took the crown and brought together a continent with one of the most powerful winner’s speeches ever heard at the contest, reminding all those watching that we are moving forward with the unforgettable line: “You know who you are, we are unity and we are unstoppable”.

Conchita became a symbol of progressive Western values — and at a time the continent was increasingly divided. She dominated international headlines in the days that followed, and even garnered attention from major US chat show ‘Last Week Tonight with John Oliver’. The year culminated with Conchita making an appearance Stateside on the red carpet at the Golden Globe awards.

The concert will be recorded on February 25th, and broadcast on the following Friday at 8pm GMT on Radio 2. Tickets to the event are on sale on both the London Palladium website, and via the Radio 2 Friday Night Is Music Night page, ranging from £23.50-£67.50.

Are you planning on going to see Conchita? What do you think of BBC’s choice? Tell us in the comment section below! 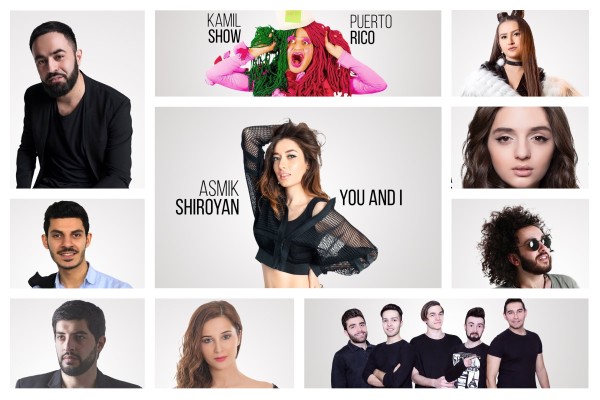 Armenia: Asmik Shiroyan is the Wiwi Jury favourite in semi-final 2 of Depi Evratesil I’m coming from Sweden to see this concert & I’m so excited! ? ? ? I’ve already seen Conchita LIVE together with a big orchestra two times before & it has been amazing! ?? Conchita’s voice & carisma is wonderful – worldclass! ???

The questionsmarks was supposed to be happy emojis…

I already have my ticket and I’m so happy that I have opportunity to come from Finland to see Conchita, this time in London. I’ve been several times at Conchita’s concert and she is always amazing. Her voice, charisma and sense of humour are great and she is a fabulous live performer. Thank you BBC, this is going to be an unforgettable evening.

I’m coming to London from France because Conchita’s concerts are always fabulous. She’s an incredible live performer& I travel all over Europe to see her .

Yes i am coming from Sweden and I can’t wait to see this amazing artist again now for the 19th time since she won and she always swipe me off my feet with her kindness, beauty, voice and wit!
BBC has made an excellent choice- her concerts are awesome – if not before – you’ll end up a fan for ever!

I have experienced Conchita live since 2014 very very often with her grandiose band as well as with different high-class orchestras like the Berlin Philharmonic, Bruckner Orchestra…. Conchita is an outstanding live performer and her concerts are quite different to other artists’ ones cause she interacts a lot with the audience and tells lots of funny stories about her Meetings with Elton John, Celine Dion, JP Gaultier, Karl Lagerfeld, Anastacia, Ricky Martin ec. I hope she’ll be as warmhearted celebrated by the London Palladium audience as she was everywhere so far. She is an exceptional artist and deserves to be… Read more »

Why isn’t she giving us new songs? 🙁

Conchita’s new album will be released in summer 2018 followed by a europewide tour starting in October to spring 2019. Hope she can count on you! Tom Neuwirth aka Conchita is not ‘only’ a singer(songwriter) but has many various talents and working fields (entertainer, presenter, model, shootings, synchrone speaker, fundraiser, Prides..) which everone keeping oneself updated could enjoy over the past years. Here’s Conchita’s tight schedule back till 2015 http://conchitawurst.com/events/, every appearance can be watched on Youtube. There you can also find 4 new songs The Truth, Waters Run Deep, Blue Bloom & Heast As Net (yodel) she already performed… Read more »

And Small House with Syrian ex-pats Basalt!
The video is beautiful and worth seeing.
So 5 new songs!

Other than that, Maria is spot on!

Werq! Good luck to those participating. 🙂