Three semi-finals and a spreadsheet mix-up later, we’re finally at the final of Latvia’s Supernova 2018. We asked you earlier in the week who your favourite was to fly the Latvian flag in Lisbon.

Now, with over 2,290 votes cast in total, we have your winner. It’s MADARA, with her entry “Esamiba”!

MADARA may have only come in second with the public in her semi-final, but that’s clearly not stopping her fans from supporting the song.

The track, which touches on how to live life to the full, has been touted by some as a real chance for Eurovision success for Latvia. MADARA received 750 votes, just under 33% of the total.

But not too far behind is Laura Rizzotto. Born in Rio de Janeiro, to Latvian parents, this international beauty has burst on to the Supernova scene with a real shot at winning. She took 625 votes, just 125 less than MADARA.

Laura topped both the jury and public vote in her semi-final, something that no other finalist achieved. Will she have the same success in the final?

There’s a big gap between Laura and the act finishing third, Markus Riva. Markus was your favourite going in to this year’s Supernova, but after avoiding what seemed to be his elimination, is confidence in his chances waning?

Poll Results: Who should win Supernova 2018?

Tonight’s final will see all eight acts perform again, before a combination of jury and public vote decides the winner. The public vote is made of Spotify streams, web voting and a public vote.

The show airs live from 20:30 CET tonight, and can be streamed here. Let us know who you want to see win in the comments below! 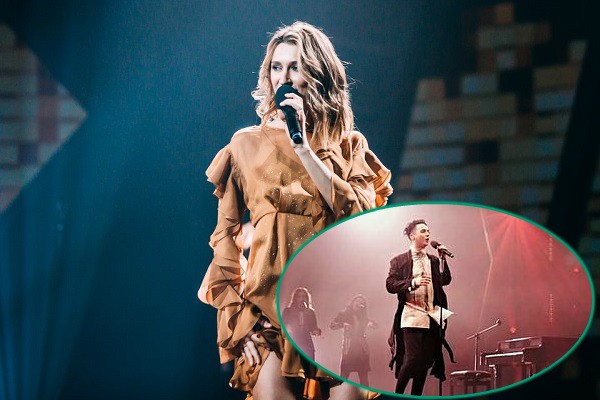 Poll Results: Tayanna is your favourite to win Ukraine’s Vidbir 2018 with “Lelya” Ukraine: Tayanna is the Wiwi Jury’s favourite to win Vidbir 2018

Laura killed it on the live shows, deserved victory. It’s sad to see Madara only in third place though. “Esamiba” will be missed on Lisbon.

Yeah, that would’ve definitely been my new number one if it was picked, but Laura is also a fine choice. Can’t say I’m not a little disappointed, but not as bad as if Riva won or something.

For a moment, I thought Riva could win it, which would be very disappointing. But after watching Laura on the semifinal, I think she won it right there.

So it’s not Madara if she was 3rd.

The filler presenters: “Next year we won’t transmit ads instead.” Hahaha!

Markus Riva – I think this is the most “Eurovision-friendly” choice, and it’s well produced. Markus has a similar vocal range to my own, so I can hear where his strengths and weaknesses are. His best performance was tonight, so he did very well. Another possible winner here, but overall, my personal favourite is Laura Rizotto followed by Madara.

I didn’t like his vocals. But yes, it’s very Eurovision-friendly. I can picture this on Melodifestivalen for example.

I don’t see him as a winner, but he might be first with the audience.

As i know, Laura is related to Herberts Cukurs. Google him in

Laura Rizotto – WOW! This performance is in a different league to the rest tonight. Alright, it wasn’t perfect vocally, but the minimalist staging and the storytelling are excellent. This could easily be Latvia’s entry this year, and I would be very happy if it won. 🙂

I just wish she and Madara were competing in different years. Laura was great, not sure how this would do at ESC, but she’s definitely in the game tonight.

Vocally she was better on the semifinal. But I really love this. Laura is a great performer, the song is very engaging and the camera work is awesome. Visually it reminds me about what Armenia did with Iveta in 2016, but in a classier and less flashier way.

Laura or Madara, I’ll be happy anyway. But I’ll also be sad for the other one.

Edgars Kreilis – This is a good song with some personal power behind it. The singer is hot, wow. But his voice is not quite up to par with, say, Måns Zemerlow for example. There were some sound issues again. I’m a bit disappointed. This could have been better.

I found hard to understand some of his lines. The song is modern and quite nice, but far from being a winner.

I felt that he wasn’t comfortable on the stage. Like he was too worried to follow instructions. But he’s super handsome indeed. And I like his song way more than Markus’.

Lauris Valters – There’s nothing higher than the lover’s bliss, so the song says. It’s great to see them having a good time. This was actually a good performance, even if the song is a bit predictable. It’s a feel-good bit of funk that’s only missing a few brass insteuments to make it truly authentic. Could be a surprise winner.

Do you know when there’s a band playing on the wedding of a romantic comedy? This is how I see this entry. It puts a smile on my face. They know how to use the stage, everything is warm and enjoyable. In a weaker final, they could even be contenders.

For me it sounded better in the semifinal. Today it was a bit underwhelming, maybe because we have better songs competing now.

Liene Greifane – Finally a more up-beat song! A slight dress malfunction at the beginning was quite amusing, haha, but the singer wasn’t put off in the slightest. And wow she can dance as well! This was cute and it impressed me. But, I know there is better still to come.

Let’s face that dress IS a malfunction! haha I think it’s a lightweight song. Something nice to have on a final and break the tension, but by far the weakest contestant so far.

And she won the semifinal lmao.

It didn’t quite sit on her shoulders right, did it? 😀

Madara herself is mesmerising. But someone has to say it – the tuning of that performance was terribly out tune. I don’t know whether that was just because of the live stream mics or if the backing vocallists were sharp or Madara herself was flat – I don’t know. But there were moments (like in Verse 2) where this nearly went off the rails. If she wins tonight, she will be fortunate that no-one noticed the issues.

Seems to be technical. They fixed the backing singing and she was fine vocally. But ofc it could have been better.

It was better than on the semifinal, but yes, there was something wrong going on and I can’t point exactly what it was. It’s probably something fixable, but it worries me that they haven’t been able to reach all the potential of the act in two opportunities. Still my favorite song on the competition (and maybe on the Eurovision season), but it still didn’t have the same impact on me when it went live.

Sudden Lights were great. I don’t know why some of the jury were so harsh to them. I think they could do very well on their own; they don’t need ESC.

They were good, but the song isn’t very strong. I agree with everything the foreign guy has said so far.

Okay, so there are two live streams to the Latvia final. I don’t know whether they contain the same broadcast or not. Stream 1 below:
https://ltv.lsm.lv/lv/tieshraide/supernova-2018/live.1782/

I also decided to watch Latvia (on Facebook). Even though there is a lot of filler production-wise, I need to be able to vote for MADARA. Kind of sad I cannot give a second vote to Sudden Lights, as they were truly amazing.

Gosh. Why are the green room presenters talking so much? Is this to cover adverts?

Well, I can’t speak their language so I can’t state anything, but I watched the semifinal and I believe that’s not the green room, but a filler for the web while the broadcaster is running ads.

Yeah, but don’t forget to vote for free for Madara, when they’ll say Balsosana sakas.

To be honest, Madara is not my favourite but I’d like to see sth different from Latvia this time. Personally I’d pick Laura.

I loved the studio cut of Esamiba, but I don’t think her voice is strong enough live.

Madara has a great song but it’s too difficult to listen for the average listener. Laura’s song sounds easier, prettier and it’s more suitable for the ESC.

sudden lights have a song masterpiece at start – a unique song with a special flair – this is the best song from 3-4 songs in the final – it will rock the international jurys at the ESC – madara is ok but if elina wins in estonia there is no room left for 2 similar acts – edgar is also fine for lisabon – laura not really – her song is average and too much oldschool but who know’s.

Just Fine…. This song is so freaking amazing. It’s one of my fsvourites of the whole Eurovision Season. I know they won’t make it, Madara would be a good choice too. Madara is a 9/10, Sudden lights are one of the only Songs I’ll ever give 10/10 Points

For me the best song is “Just Fine”. It has the special climate. I love it. Greetings from Poland 🙂

I used to love MADARA from the first time I heard it. But live performance doesn’t work for me as much as Laura does.
Im really hoping for LAURA to win, she is brilliant, she has so much charisma on stage and she definitely performs like a pro.

I want Edgars Kreilis to win but it seems unlikely now… Please just don’t sent Madara. For my taste personally I can’t stand it… 😛

Honestly, I really want laura to win. She’s been my favourite of the national final season this year since her song was released. Her sultry vocals are amazing and her stage presence, oh my…

Please, Latvia, just don’t choke on risotto, the results of the poll show that you don’t need to have a song in English to appeal to the international audience.

And now it’s time to vote in the actual NF, online voters managed to defeat Narcolepsia in 2016, so maybe it’s time to also defeat unfunny girl.

EVEEYONE! Tonight you’ll be able to vote for her COMPLETELY for free! Just watch the show live at lsm.lv or supernova.lsm.lv and when the hosts says Balsosana sakas and/ir they show recap of all the shows, VOTE!!!

I wanted to vote for Latvia this year, but they are not sending Sudden Lights so..

Well, Sudden Lights are in the finals, so technically they are an option.

Madara is my winner from Supernova since day one
Still not tired of her song, Esam?ba

I passionately want to see Madara in Eurovision. It’s among the rare songs I rated a 10/10. If not her, then Sudden Lights or Laura. Their songs are great as well. Markus, Edgars and Liene have decent entries, even if they are quite generic. I am not a fan of Ritvars’ or Lauris’ songs at all.

totalno se slažem, Madara is by far best choice. Latvians have this year quite good selection. Markus Riva is very bad choice. he is typical pop singer, and song is below average for Eurovision.

My vote will go for Madara or Laura. The best performance will get my vote.

At this moment she’s also my favourite to win the whole contest.