It began three months ago and has had us entertained ever since.

And tonight The Next Star for Eurovision comes to an end.

One act will win Israel’s final and a coveted ticket to the grand final of the Eurovision Song Contest in Tel Aviv in May.

If our readers have their way, Kobi Marimi will be the one singing on stage at the Expo Tel Aviv in three months time.

He won our flash poll of The Next Star for Eurovision finalists with 39% of all votes cast. His performances have led fans to dub Kobi Israel’s answer “Freddie Mercury”.

Kobi’s margin of victory over second-place Shefita was clear. The dark horse of the season only received 26% of the vote. That perhaps reflects a slower start in the competition than Kobi. Israeli fans have taken time to warm up to the Arab Diva through the competition.

Shefita has close competition from third place Ketreyah. The native English speaker who has covered Rihanna and Little Mix throughout the show, won 22% of your votes. She has shown great versatility in the competition, lending her voice to upbeat songs and ballads.

Israeli star Maya Buskila brings up the rear. Despite 15 years professional experience, she only received 13% of the vote in our flash poll.

The final of The Next Star for Eurovision will take place tonight from 20:15CET. Last year’s final involved two rounds, duels and a head-to-head superfinal, so you know tonight Israel will bring the drama.

At the end of voting Israel will have it’s artist for Eurovision 2019. Ynet reports the song will be chosen in February and released in March.

Who do you want to win tonight? Do you think Kobi is the best choice for Israel? Or another of the three artists? Let us know in the comments below! 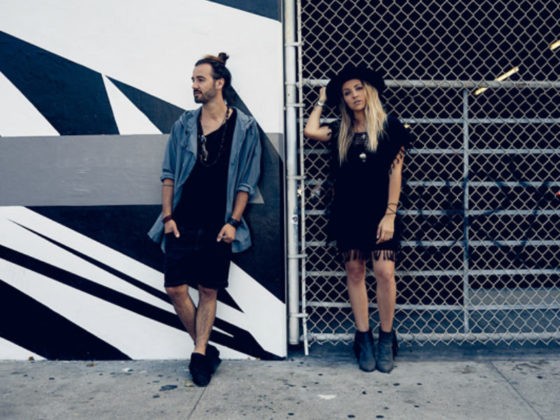 Working at the car wash: Switzerland’s ZiBBZ clean up in new music video for “Citylights” Italy: Mahmood confirms – he WILL represent Italy at Eurovision 2019

Congratulations on the last place, Israel! Now the question is who do I vote for out of the rest of the countries…?

It is plain stupid to do those claims when there’s no song yet. Just a stupid comment.

I think results will be:
4) Shefita
3) Ketreyah
1/2) Maya VS Kobi
People here in Israel are in for Kobi because of the hype and thought that any ‘different’ artist will surely do well at Eurovision
However, his operatic style will not do well with televoters and probably not that well with juries as well
Look at Azerbaijan 2012 – a powerful vocalist with an amazing song with Azeri elements
We need either Ketreyah or Maya to have a powerful ballad/up tempo song, doesn’t matter in which language with some Israeli elements to it

I hope he won’t win, he is too dramatic for my taste. BTW the song will be chosen by the public from 4 songs just like UMK

Lol. I’ve been rooting for Kitria for a long time now, but in the last 24 hours something has changed within me and now I’m all for Shefita!

I want her to win so badly!

Kobi is good but he is not shefita

Nope. Fun fact: not only did we see plenty of Kobis in the Eurovision, which means he’s not that unique at all, theatrical never wins. It almost never even makes it to the top 10., and Kobi obviously can’t do anything else. He hasn’t even mastered his own genre while almost all other contestants improved a lot during the competition. What’s worse, this week I found out that Kobi had taken 3 years of acting classes, at a top acting school. As a person who went to acting school as well, I can tell you I never would have guessed!… Read more »

Kobi and Shefita are great singers. I hope whoever wins gets a decent song that they deserve.

His voice is AMAZING.
I’d really love him to win, although I think it’s going to be either Ketreyah or Shefita.

At first I thought he was Mahmood

Love Kobi – My favorite since his first audition, BUT –
Now i’m nervous for him.
Those who do well in these polls tend not to win anything in the end…

We’ll see it this night (or morning, for the Asia-Pacific region). All four of them are amazing, no one’s left out!

On a side note, Mahmood confirmed his participation in ESC!

Great news, he’s going to bring so much quality to Eurovision 2019, with songs that thus far, let’s be fair, mostly weren’t blowing us away. See you in May, Mahmood!

Ufff!!! Thank you for that info! Great!!

To be honest, all i care about is an amazing song. So i really don’t know who to pick out of these since i don’t know any of the songs that KAN received.
Ketreyah is my personal favorite though. She also seems like a versatile performer.

that’s not how u spell shefita

Kobi is so labored when he sings. It’s an insult to Freddie Mercury to associate the two!