mAt Eurovision 2015, she proved to have one of the most powerful voices of the competition. Now Latvian diva Aminata Savadogo has put her voice to work and finished as the runner-up on The Masked Singer Latvia. After nine weeks of impressive performances, the Doll made it to the grand final and was revealed to be Aminata.

The Latvian version of The Masked Singer — Balss Maskā — has been screening since mid-September. Over the weeks, Lelle — the Doll — has consistently delivered strong performances. Beneath the cheerful round yellow costume was a serious voice, making the Doll a strong contender for the win.

The Doll performed a variety of songs, both Latvian and English-language pop, including Billie Eilish’s edgy hit “Bad Guy”.

After Latvia’s Eurovision 2016 star Justs was finished third in the semi-final, just two contestants were heading to the grand final. The Doll and her diabolical nemesis the Demon (Nelabis) were in the running to be Latvia’s first Masked Singer champion.

But when it came down to the vote, in the end it was the Demon who won. The Demon was revealed to be Kristaps Strūbergs from the Latvian band Singapūras Satīns. There was another member of Singapūras Satīns on the celebrity panel — Jānis Krīvēns. But curiously enough, he was unable to correctly guess who was behind the mask.

Aminata also had a connection on the celebrity panel. Samanta Tīna — Latvia’s act for Eurovision 2021 brought her glamorous presence to the panel. Aminata co-wrote Samanta’s Eurovision 2020 entry “Still Breathing” and has been involved with demos for her 2021 entry.

In the end, Aminata was crowned the series runner-up and revealed herself as the woman in the doll costume. Aminata also had a new look, with her hair styled in its natural Afro curls.

Aminata joins a growing list of Eurovision stars who have achieved grand final results this year in local versions of The Masked Singer.

What do you think? Should any of these acts go to Eurovision? Who would you like to see competing on a local version of The Masked Singer? Tell us what you think in the comments section below! Orna Datz (a part of Duo Datz – came 3rd for Israel in 1991) has been eliminated from the Israeli Masked Singer as well, she was the Yael if I remember correctly 🙂
So far, it’s her and 1978 winner Izhar Cohen, the only Eurovision acts to take part this year
Though it’s not over yet, this Saturday is the final and we will finally know who wins and who is behind the dragon, the dragonfly and the Falafel xD Perhaps another Eurovision act?

Just a quick fix 😉 The dragon was eliminated, it’s the rooster who’s in the final three

I think you or someone else said you were sure it was her. The hunch paid off! And of COURSE the Falafel would be a character on the Masked Singer Israel. Next time they’d better have the Pita to go with it!

Haha we would never leave the Falafel aside xD and actually, the costume includes half a Pita 😉
And I think it was someone else because I found out I suck at this show lol I can’t guess anybody of them xD

Wow, Getter Jaani (Estonia 2011) was in exactly the same costume this spring. 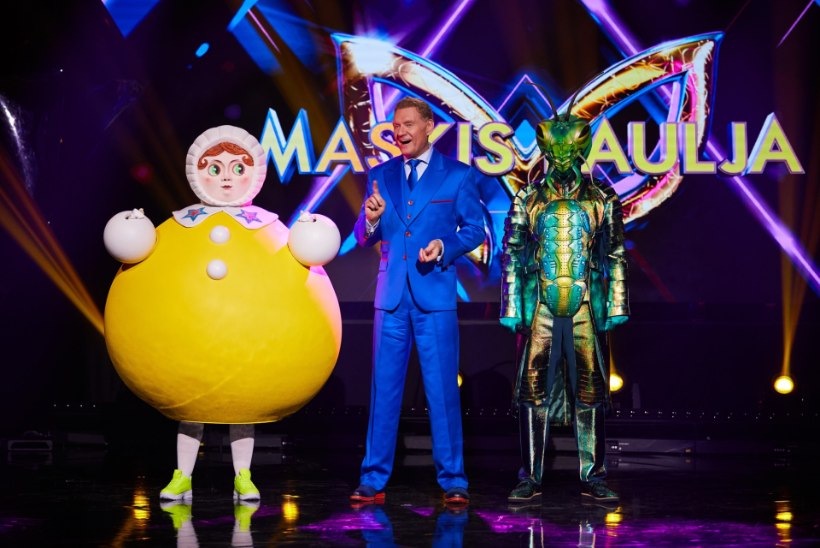 Last edited 1 year ago by raw
7

TV3 in all Baltic countries is under the same umbrella! (owners)

a lett
Reply to  raw

Yeah, only 3 costumes were made specifically for Balss Mask?, the rest got loaned from the Estonian show.