The recordings have been released on the official Eurovision channel across a period of 10 days. On the tenth day, Thursday 23 June, we’re getting three of the Big 5 — France’s Alvan & Ahez, Germany’s Malik Harris and Spain’s Chanel.

Since this is the final day of Live On Tapes, it means we will not be able to see those recorded for the United Kingdom or Italy.

What do you think of the Live On Tapes? Which is your favourite from all that have been released? Let us know down below. 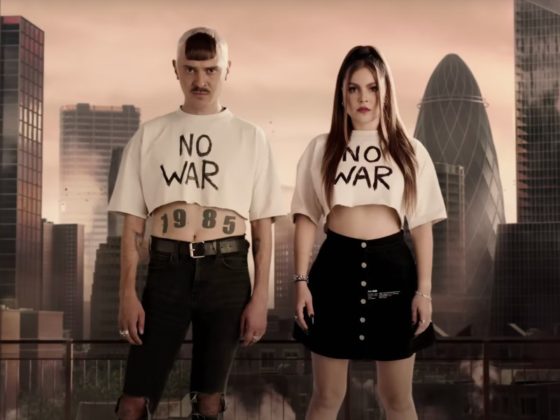 Respect to countries like Albania, who had bad LoT, but had the b*lls to release it anyway.

Every broadcaster should be required to release their taped performances. Not surprised by the BBC as they are very secretive.

On a lighter note we got married 3 weeks ago and yes it was a Eurovision wedding and we had SuRie singing in the evening … omg what a beautiful lady inside and out , thank you SuRie it was a wonderful gay wedding in Ware in Hertfordshire x

i would rather see the stand in rehearsals

Why were so many withheld and why was Armenia’s taken down?!

I wonder the same 🙁

UK not releasing their LoT again! I don’t understand the rationale behind keeping them in the vaults. With or without the LoTs, we will still vividly remember the live performance (for better or for worse). If I was involved in the production, I would want it to be released. All that hard work for nothing!

Hannah
Reply to  Luke B

The UK is far from being the only one and the hard work was seen on the Eurovision stage. I would bet the LOT didn’t include the guitar solo as Sam said he wrote it a week or two before he left for Turin.

In addition to Graham Norton, there are other candidates for the role of hosts of Eurovision 2023.

I would prefer none of them although if I had to choose one it would be Rylan.

First of all Philip Scofield is contracted to ITV so is out of the equation.
Alan Carr…..joke
Alison Hammond ….irritating joke
Mya Jama…….beautiful but has zero charisma
Lulu and Bonnie Tyler……singers not presenters
James Corden…..far too wrapped up in American TV
Rylan……yes, as he understands and respects Eurovision
Laura Whitmore…..seriously ??
Mr.Ross….too full of his own self importance
Dermot……yes, easily up to the job, but tends to be loyal to ITV
Davina….too hyper and shouty !
Simon and Piers ……on the BBC ……really !!

Rylan and Graham Norton I think !!

Do not diss the lovely Alison Hammond

Off topic: Days after this year’s Grand Final, it was reported that Cyprus public broadcaster RIK, had already made an agreement with Panik records to use the BBC format All Together Now as the national selection show for Eurovision 2023. However, it seems that this project is cancelled. The show would be produced by BarkingWell Media and aired both on Alpha Tv in Greece and RIK in Cyprus. Contestants would perform in front of 100 judges and the winner of the show would represent Cyprus in Eurovision 2023, while the song would be chosen at a later stage. However, as it… Read more »

no one likes Germany 😉

and it is a nice karma for their troll commentator peter urban to see them flop every year, hopefully they will flop for many more years with many more 0’s

and Malik is just very pretentious with his fake song

Who is the troll here? Lol
Moreover you’re totally wrong, I like Germany and I like Malik so it’s not no ones sorry chill.

I watched the live final and his vocals were weak and mumbled a bit. Nerves? He probably didn’t rank last with the juries but 11th is enough to get 0 points.

Considering that she’s using the semi-final outfit, I wouldn’t be surprised if Spain was just a Benidorm Fest rehearsal.

I really don’t get releasing the live on tapes.
They don;t release the rehearsals.

All are pretty similar to the NF performances, but they were all interesting!

If not identical, it made it kinda lame to watch since we knew what the performance was like already. The interesting ones are the internal ones to find out how much their staging differs from the performance in Turin. Belgium was a good example

I think it’s sad how many chose to not release this year. I really enjoy seeing the alternative performances and I don’t think they take away from the official live versions.

Probably their live singing in Libe on Tape performances was the main reason nit to release it online or they had serious technical issues or sound problems.