In recent years Finland’s Uuden Musiikin Kilpailu has emerged as one of the most consistently strong national finals, delivering a nice mix of artists alongside a diverse, radio-friendly roster of songs.

And in the coming days producers at Yle will know if they have another set of gems in the bunch: Submissions for UMK 2023 must be received by September 5.

Today marks the start of the search for Finland’s next Eurovision representative! Applicants are invited to submit their songs to Yle’s Contest for New Music UMK between 1 and 5 September 2022. The contest is open to all, and the final contestants will be selected by a jury of music industry professionals. As in previous years, the jury will be led by Tapio Hakanen, YleX’s Head of Music.

To apply to Finland’s biggest music programme UMK, fill in the application form at yle.fi/umk, where you can also find the competition’s rules in English, Finnish and Swedish. The submission round begun on 1 September at 8.00 a.m EET. and ends on 5 September at 11.59 p.m. All applicants will be contacted by the end of October at the latest.

Tapio Hakanen, head of UMK’s jury says: “UMK has been growing in popularity for years now, both among audiences and artists, and it plays an indisputable role in helping new artists achieve their big break. The last few UMKs have resulted in bigger and bigger hits, both in Finland and abroad. BESS’s Ram pam pam was one of the biggest hits in Finland this year, and The Rasmus’ Jezebel captivated global audiences in the Eurovision Song Contest. Every song that competed in UMK22 has gone on to achieve great success, both on radio and streaming services. And when you consider the fact that the final had an audience of 1.97 million Finns, you can safely say that UMK22 has been a great success all around. We’re eagerly anticipating the artists and songs for this new season – now is the time to apply!”

UMK is Finland’s biggest music show with an audience of millions. The winner of UMK23 will go on to compete in the Eurovision Song Contest, the world’s biggest music programme with hundreds of millions of viewers from around the world. Every song in UMK22 rose to the Top 50 of Finland’s Spotify charts, and they have garnered over 31 million plays to date. BESS’s Ram pam pam was the year’s most played song on Finnish radio airwaves. On Youtube, UMK22-related content has been viewed over 6.5 million times, with many videos hitting the most-trending lists soon after their release.

Who do you want to see compete in Finland? Let us know down below! 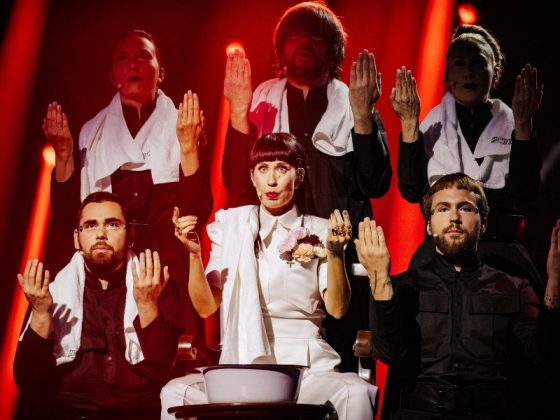 i love the recent tendency from major finnish labels to submit artists to umk. there’s countless names i want to see there, i don’t even know where to begin!

Finland has shown it has what it takes to make it big at ESC and UMK has been a great selection for quite a while.
I’m so thrilled for them, I’ll look forward to seeing what they have in store for next year! 😀
Ps: I know YLE isn’t likely to do this, but it’d be nice if they raised the participants from 7 to 10. 7 sometimes feels like a little, but I guess it’s their lucky number haha

UMK has been on a roll these last years, so I expect YLE to deliver a quality selection for next year, though this year will be hard to top. Fingers crossed!

Yes, we had popular band from Finland this year, but I really want Apocalyptica to represent Finland at Eurovision with Adam Gontier, with something like IDC. That could be winning recipe for Finland. 🙂

Hopefully they will not bring another popular band with mediocre song.

I’m hoping for a strong selection once again, there’s a big chance for any artist to gain huge momentum by participating in UMK.

Finland is excellent at two things, camp acts and rock acts. Every single year at UMK, we have the unoriginal rock song and the overly camp pop song.

For ONCE, I just want the Finns to send the camp song. Erika Vikman’s Cicciolina and Bess’ Pam Pam Pam would’ve both taken Eurovision by storm. Switch it up for once, Finland!