Grab your tissues and call your therapists: A Friend in London is no more.

The Danish band, which was made up of Tim Schou, Esben Svane, Sebastian Vinther and Aske Damm, announced this afternoon that they are ready to embrace new challenges. They’ll all rock on…just on their own. Here is their Facebook statement in full.

To all press, FRIENDS and supporters all over the world.

After 10 years of amazing experiences and huge memories, A FRIEND IN LONDON has come to an end.

We have gone through so many changes the past few years:
After Esben and Aske’s exit in early 2013, Sebastian and I hired new musicians for a German tour and kept the AFIL spirit alive, we had a GREAT tour, but for me (Tim) to keep going on as A FRIEND IN LONDON, feels wrong and we, the original 4 boys of the band, want to end the circle together here and now and say thank you to all of you, who have been so supportive and generous with your love. You have all played a big part of this rock’n roll adventure we have been on. THANK YOU.

But this is NOT the end for the 4 of us as musicians. AFIL has given us so much experience and opportunities for new initiatives in our future lives.

We’re all insanely happy at this point of our lives and wouldn’t have done it any other way.
And we’re all still as great friends as we always have been.

Tim and the boys.

The band finished fifth at Eurovision 2011 with their song “New Tomorrow”. They also finished second in their semi-final.

Are you upset? Are you happy that Tim Schou will have more time to go diving? And have you ever heard of Mother Lewinsky?!

Photo: A Friend in London 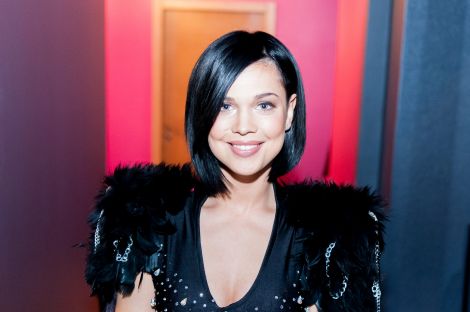 From YOHIO to Helena, #melfest14 singers hit the interview circuit

I think that Denmark should have finished 2nd that year with them.

So these friends aren’t no longer friends much less in London … there is a new tomorrow but solowise this time around … lol I like Tim Schou: cool guy even if a bit outrageous but nice singer indeed.

The rock is death 🙁