Shady lady Ani Lorak has been on a roll. She’s released several smash hits in the past year and has campaigned furiously for a united Ukraine. Just a few days ago, she unveiled the music video for her latest single “Korabli” (Ships). It’s a fluent mix of emotion, drama, volume, and expression, and we know you’ll want it to dock in your port. All aboard!

On “Korabli” Ani Lorak (that’s Karolina backwards) once again uses her voice to the fullest. She slays like the Queen she is and belts it out with power, yet remains in total control. Supported by a pop rock backing, she’s got a chart-topper for the entire CIS.

This and her other recent hits suggest Ani is at the top of her game. I pray with all of my heart that she can stay there and disprove the notion that when you’re at the top the only way to go is down. After all, she managed to build and build on the success of “Shady Lady”. If anyone can find a route to the next level up, it’s Miss Lorak.

You can follow all of our Ukraine news here Conchita Wurst releases official video for “You Are Unstoppable” 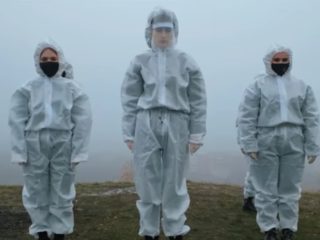 They got 12 points from Portugal

stop saying ani lorak should’ve been the winner. nobody gave her top points during the finals lol.

@Dar: Finland should have been our 2008 winner…

@dar couldn’t agree with you more 🙂