The Wiwi Jury — our in-house panel of music unprofessionals — is still in Hungary reviewing A Dal performances. Today we listened to Olivér Berkes & Andi Tóth with their song “Seven Seas”. The duo showed a lot of chemistry on stage, but were we just as smitten by their song? Angus: Country duets tingle with intensity, sparkle because of vocal firepower and dazzle because of chemistry between performers. “Seven Seas” nominally ticks all the right boxes but some oomph is missing. The song ambles along without really ever reaching a crescendo or defining moment to elevate it beyond mid-table. It isn’t in the weaker half of songs in A Dal this year, but that isn’t saying much.

Antranig: Along with “Fire”, this is my favourite song in Hungary and both barely scraped through. The first time I heard this, I knew the chorus — which is not repetitive — off by heart before it was done playing. That’s the sign of a truly remarkable song. Their performance was energetic and “Seven Seas” is one of the most underrated songs of the entire national final season.

Edd: The first chorus promises a folk-pop anthem, but when the production actually kicks in it fails to deliver. Not an awful song, but its less Eurovision winner and more Kelly Clarkson demo. And they really need to tidy up their performance… it was as if they had cabin fever!

Robyn: There were a lot of things that didn’t work out in the live performance. While Olivér and Andi both have great voices, somehow they didn’t sound good singing together. Maybe it’s just in the wrong key for both of them. Their stage moves looked like awkward square dancing, and they should not have been wearing matching his ‘n’ hers outfits. But their song is really good and they have amazing chemistry. If they can improve the staging, this could do much better in the semi-final.

In the Hungarian jury we have 9 jurors but only room for four reviews. The remaining five scores are below!

To reduce potential bias, we drop the highest and lowest scores prior to calculating the average. We removed a low of 4 and a high of 10. 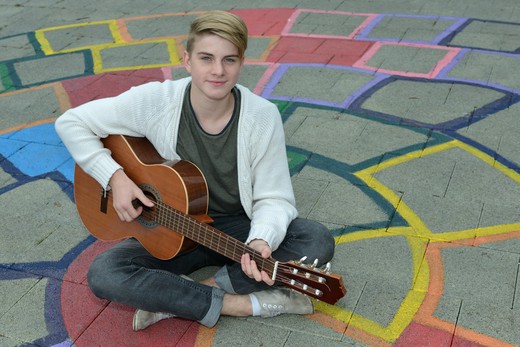 Wiwi Jury: Switzerland’s Vincent Gross with “Half a Smile” It does not work.
Both vocalists have voices that are too weak to carry this.

Love this so much