On Saturday afternoon she whet our appetites by releasing the lyrics to her Eurovision 2016 song “If Love Was A Crime”.

And in the evening Bulgaria’s Poli Genova teased us again with a series of photos taken on the set of her music video shot inside BNT studios in Sofia.

Poli was totally at ease in front of the cameras as she worked an all-black ensemble and vogued in a series of up-close beauty shots.

The 29-year old wore a loosely fitted top with a plunging neckline and a dramatic neckpiece that snaked down toward her belly button.

She teamed the top with edgy black jeans, with tears on the right thigh, and a flowing, translucent black wrap, which added both mystery and a flash of rebel.

Poli Genova is shooting the music video for “If Love Was a Crime”. We can’t wait to see the result! #ilwac #teampoli #bulgaria #eurovision

She swept her blonde locks to the side in a dramatic side part, creating asymmetry and a major sense of glammed-up bad girl who wants to make good.

Of course, this video shoot isn’t just about Poli’s styling. It’s also about her song, which recounts the struggles of couples who fight to be together when society wants to tear them apart.

We seem to see a series of screens telling their stories in the background, including this one, which shows a raised hand, perhaps a sign of struggle.

“If love was a crime, the we would be criminals…” @poli.genova preaching LOVE during her #ilwac video shoot. #Eurovision #eurovision2016

Are you excited to see Poli’s full music video and hear her song? We certainly are! Let us know what you expect to see in the comments box below. 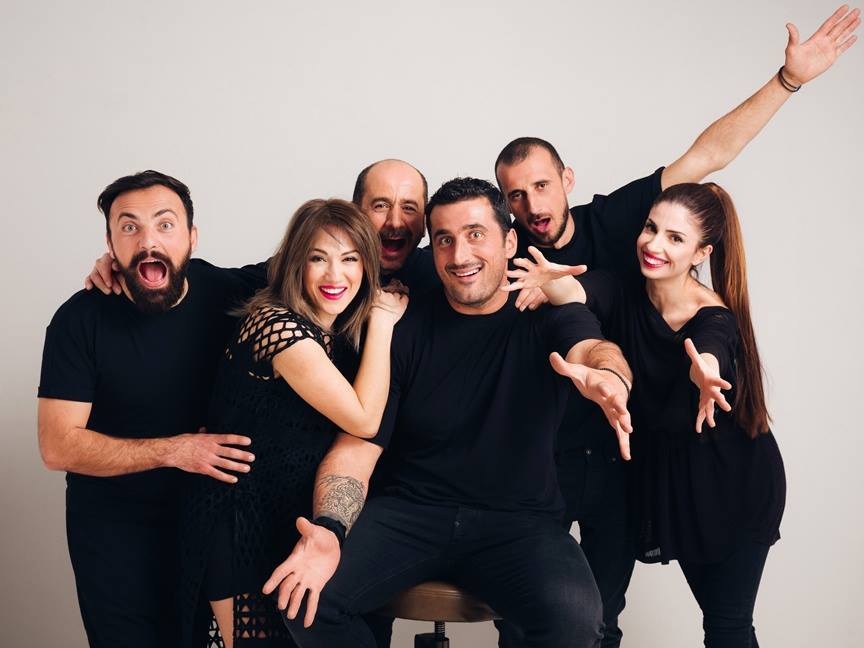 When will this song be released?

The lyrics really do not make extensive cohesive sense so I’m really quite unsure what to expect.
I didn’t really like her 2011 entry and I found her particularly annoying when she hosted Junior Eurovision.
Hopefully this will be good, the video looks fantastic but so did Elhaida Dani’s last year and she was really rather poor live so who knows what will happen!!
I hope it’ll be a good song but the lyrics suggest not.

Please just release it! I want to finish my top 43!

OMG, just stop it and give us the damn song! No one cares about a screenshot of the shooting or the lyrics, we just want to hear the song. It’d better be amazing to make up for all the useless hype.

It better be a half decent song otherwise she will be getting a lot of bad feedback , And I will wetting my pants also

The comments on this blog should be sponsored by grumpy cat

I am sick of this strategy. The estimated deadline by EBU should also count for public release. I do not know whether it is fair or not but it is at least very annoying.

Wait, isn’t she realising the song this evening…?

I don’t see anything unfair like many others of you do.

Lord you a grumpy bunch.

Just release the bloody song girl, we want to finish our top43 charts. It is not your song that everybody awaits.

There is a bunch of nonsense english in the lyrics to the song.

There should be a new contest rule about limiting the deadline of entries and the times of revising it or changing to a new song. Very unfair for songs and artists who have released their songs in late 2015.

I am getting angry. I can’t believe the song isn’t ready. If this is a strategy to help the song win, it could back fire.
Put the song out or get out of the competition.

I don t like what Bulgaria and Malta do this year and EBU allow that. It s not fair to other countries at contest.

@Colin
G as in Glass

Can someone tell me what is the right way of saying her last name; With ‘G’ as in Glass or ‘G’ as in Gemma?

This is like Edurne all over again: tease the song for a lifetime, get hopes up and (probably) the song ends up being average.

She is gaining with the odds, so hopefully the song is promising! Honestly, this year is one of the best in a LONG time. I think she is going to add to the long list of great songs already released this year!

I fear she’s setting herself up for some backlash because of the delay and if it doesn’t meet ~standards~ people may expect. I really liked Na Inat so hopefully this can top that.

I wish she would just release the song now

When is it supposed to be coming out? I thought the EBU gave the countries until the 20th of March to release their videos and songs, and we’re only waiting on Bulgaria now.