¡Ay, caramba! Slovakia’s TWiiNS are still alive and hotter than ever. They rocked the angelic look at Eurovision 2011, but for their latest single, “Latino Love”, they’re serving up Slovakian sexiness at its best.

They famously sang how nothing could touch them in Düsseldorf, but now they’re actually begging for a passionate Latino love affair. Set to sunny europop beats, the track is a classic summer dance song. The use of both English and Spanish lyrics creates a heady mix which calls you to the dancefloor, hips swinging with cocktail in hand. Maybe you’ll get lucky and snag a hot Latino of your own!

The music video see Veronika and Daniela spend an endless summer by the Croatian coast. They drive a yellow Volkswagen Beatle, dance on the beach and shake their booties aboard a yacht. They’re in good company, with two scantily clad female dancers following them everywhere. The clip also includes a nice shower on the beach, tonnes of makeup and lots of short skirts.

When the sisters aren’t partying by the Mediterranean, they’re collaborating with big name rappers. Earlier this year they drafted in Sean Paul for “Hey Boy (Why Do I Bother)”, and Flo Rida joined them for “One Night Stand” in 2014.

What do you think of the ever evolving TWiiNS? And would you like to see them back on the Eurovision stage? Let us know below. 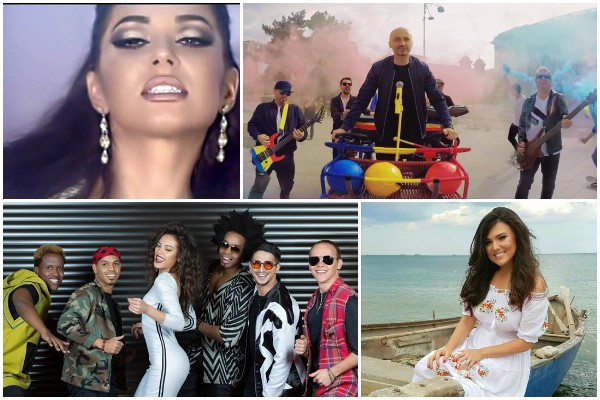 By the way, nice and catchy song! I think they would have qualified with this song in 2011 🙂

The car on the picture has Croatian plates – from Split, Dalmatia. It’s hardly a Latino place:-)

TWiiNS, please return and save Slovakia!