Y’all might have heard of the Swedish singalong show Allsång på Skansen. But another part of the Swedish summer singalong circuit is Lotta på Liseberg. The 2017 line-up of the Gothenburg-based show has just been announced and it includes Melodifestivalen 2017 stars Mariette and Wiktoria along with Eurovision stars Robin Bengtsson and Bulgaria’s Kristian Kostov.

The show is a live singing show held at the Stora Scenen at the Liseberg amusement park in Göteborg, Sweden. It is presented by Eurovision 1987 veteran Lotta Engberg and conducted by veteran Eurovision conductor Curt-Eric Holmquist, so it should be no surprise that the line-up is filled up with familiar Eurovision faces.

The first familiar face performs in the first show. Sami Melfest-star Jon Henrik Fjällgren (2015, 2016) will perform, along with his 2017 singing partner Aninia, followed by this year’s runner-up Kristian Kostov and Sweden’s representative and fifth-placer Robin Bengtsson.

We are all so proud of #eurovision runner-up @kristian_kostov_official ????Such a nice guy! #eurovision #eurovisionsongcontest #esc #esc2017 #eurovision2017

Like its big sister from Stockholm, this year’s Liseberg show gives us performances by a number of Swedish Eurovision veterans, including Måns Zelmerlöw (2015), Arvingarna (1993), Robin Stjernberg (2013) and Tommy Nilsson (1989). We will also get the chance to see the legend Elisabeth Andreassen (also known as Bettan), who competed for Sweden in 1982 and Norway in 1985 (member of the winning duet Bobbysocks), 1994 and 1996.

Along with Jon Henrik Fjällgren, this year’s Melodifestivalen is represented by fourth-placer Mariette, fifth-place finisher Benjamin Ingrosso and sixth-place finisher Wiktoria. The show also features Melfest stars from the past, such as Samir & Viktor (2015, 2016), Dolly Style (2015, 2016) and veteran Shirley Clamp.

The show isn’t all about former Eurovision and Melfest stars though. Among the performers are also Göteborgs Operan performing songs from The Phantom of the Opera, the pop newbie Rhys, Eurodance-sensation E-Type and Swedish Idol 2016 winner Liam “LIAMOO” Cacatian Thomassen. 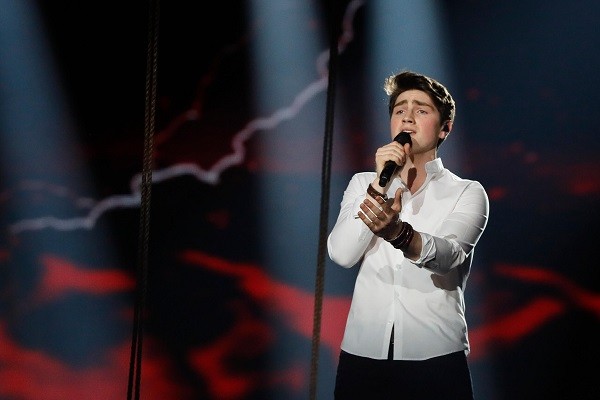 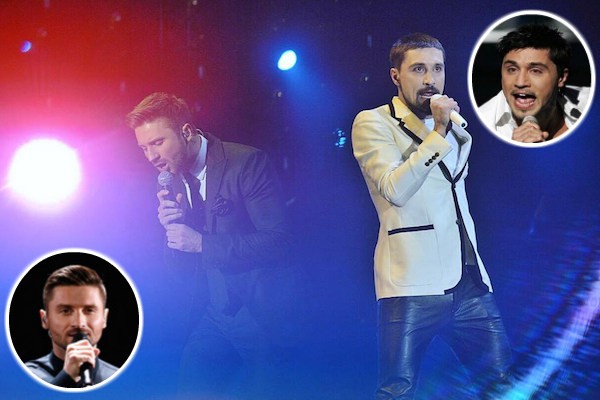 Oh, come on! Salvador fans VS Kristian fans fighting a month later? Please, Salvador was invited to Jimmy Fallon Show (he try to give the interview via Skype because his health issues but they refused), “Good Morning Britain” and meet the Swedish royals (I don´t know if he refused this invitations) and if Kristian is invited to sing in Sweden and in Greece (MAD Awards) good for him, but Blanche and Sunstroke Project overwhealm “Beautiful Mess”

It’s Salvador’s fans fighting here as I see, not Kristian’s. And it seems the same with you trying to point out the greatness of Salvador and to disgrace Beautiful Mess. So inappropriate!

Why everywhere must be a post about Salvador? I’m so fed up with this :/ Also, I’m listening to classical and jazz music, I love the “standards” singers like Frank Sinatra, Nat King Cole, Harry Connick Jr and so on and the Salvador’s song isn’t unique and special among these artists and this genre 😉 It might stand out from Eurovision, but in the “only true kind of not fast-food music”, ooops, it’s just average 😉

Well, nobody ever said that the song was at that level… Well, certainly I didn’t, neither did Salvador nor Luísa. But the true strength of the song, and in Salvador, is his performance. You don’t see that often a young singer performing jazz the way he does, mixing references of Billie Holliday, Chet Baker and Caetano Veloso. Caetano Veloso got actually really interested in him.

Pretty normal to have swedish oriented (or manufactured by) artists in Sweden lol. It more seems now like Salvador’s speech defenders have got more diva stars on their foreheads unlike renown siblings actually.

However, Luisa would make even better job performing in Europe instead of brother who should care about health foremost, not travelling to crazy distances. Yet she seemed more polite which is always more preffered. Who knows if Sobral Siblings will become an amazing indie music brand, that would be awesome.

Actually Salvador has been the vocalist of an English singing indie band and has another project which is also indie rock. Who knows… by the way Luisa has performed a lot in Europe. But what I really find amazing is how the comments of a post which is NOT about Salavador becomes ABOUT Salvador. I think only star quality people have this gift. Either you love them or you hate them… 🙂

Ahahah I agree with you!
I love Salvador, he is a simple human he isn’t perfect but I love his genuine side. His haters reminds me the braincells that coments the News pages posts on Facebook, well they are “virgins offended”.
He is grateful for the success of the Eurovision, but he doesn’t want to make Eurovision his life.
Ironic is that haters when they mention their name to attack at the same time call it “Savior”, karma is a b!tch 😉

Of course Salvador is not invited. This seems to be a Swedish sing-a-long and his song does not fit in this concept. Also don’t forget that Kristian’s song is a Swedish production. That doen’t mean that the Swedish public didn´t like the song. The public gave 10 points to the song. It gave 12 to Belgium, who was also not invited. (BTW, the Swedish public gave only 7 to Bulgaria…). I guess, it´s not a good idea for him to travel to Sweden anyway due to his condition. Having said that, I am a huge fan of Salvador and find… Read more »

*That doen’t mean that the Swedish public didn´t like the song: Amar pelos dois, I mean of course

I’m fascinated by people focusing so much over Salvador. Is there something stating he must be invited everywhere?
Also how many do you think can sing Portuguese in Sweden? It is a sing along after all. Those are meant to be summer, fun and party. None of that applies to Salvador.

The public liked it, just not enough to liten to it or buy it. It flopped here. Only ESC hit here is Belgium

Just to make it clear, my comment was precisely to question why people are focusing so much on Salvador. That seems to me completely blown out of proportion. I also couldn´t agree more when you say that he hasn´t to be invited everywhere. Why should he? And as I said, the song doesn´t fit the concept of a Swedish singalong, as no one can sing in Portuguese, which is obvious. The contrary would also be true. And I am not surprised that it didn´t become a hit in Sweden… Why should it? These kind of songs don´t play in mainstream… Read more »

True!
The haters are ridiculous, many of them are offending Portugal as country. If they disagree with the winner song, they should respect then, It’s only Eurovision, and portuguese people finally is happy since 53 years waiting for 1st on Eurovision. And I believe with this victory Portugal will send good songs to Eurovision again (not strategics stuff, only good songs).

Sobral is a diva.. He wouldnt have come anyway…

Kristians song is much better as well

kRIsTIAn sONg iS MuCH bETTer As wEll

And you forgot to mention Lill-Babs which is the biggest star of all. She represented Sweden in 1961. with legendary song “April, april”.
It’s a true honor to have her here.

salvador is an arrogant diva who thinks he’s superior to any other aretist, im glad they didnt invite him because he would ruin the festival with his attitude

Worse than being arrogant, is being ignorant (you). If you really had understood the Salvador’s speech …

Yeah, let’s bring in the runner up since his song represents the spirit of what musically Eurovision is for us … recycled contemporary pop done the swedish way … and no …. no Salvador … his music and his character are the anti-spirit to our recycling gift … too original for us! I can see Benny and Björn facepalming themselves asking “haven’t they learnt anything from us? You don’t do 2 Chiquititas nor you do 2 Dancing Queens. You do one, then you move on to something else.” I guess swedish songwriters and producers ain’t got time to understand any… Read more »

blah blah blah I’m so tired of this.
It’s their country, they invite whoever they want. To be honest, Salvador’s song isn’t any masterpiece, it’s just beautifully sung (and I speak Portuguese!).
More respect, please.

Do you seriously call Jon Henrik and Aninias’ song recycled pop? You do realize that both Wiktoria and Benjamin Ingrosso participated in MF and still got invited despite not winning? Besides, Salvador couldn’t go to Jimmie Fallon. Why would he go to Lotta På Liseberg when he’s up for a heart transplantation?

I hope you never get kids who need to be in a hospital due to a heart condition trouble … I just hope you never do … so that you can remain clueless about it. God forbid traumatizing or upsetting your firework circus joy with such a boring serious issue that affects the lives of quite a few people.

Salvador is too authentic and too ant-pop to be part of anything Swedish-made … or have you forgot his anti-pop message before the reprise moment with his sister?

Even if the author has forgotton I have not. Even more so I have engraved in my mind how annoying Saint Salvador the Portuguese ESC Savior’s fanclub is.
Keep for yourselves his authenticity and give it a rest. No one wants to hear any more Sobral sublings propaganda!

Blah blah, I’m tired of reading comments like this. Do you have to mention Salvador everytime? Is there a rule stating he must be invited everywhere? We invite whoever we like. The song is a sing-along event, how many do you think can sing in Portuguese in Sweden? Sing alongs are meant to be fun and party, is there anything of his song that is fun? Again, we invite who we like. The reason he’s not there is because no one invited him. His song is already forgotten by a majority of people, even if he was there no one… Read more »

Lol, you’re quite funny. You must do your research in order to say Amar Pelos Dois has already been forgotten, you seem like you live under a rock.

I did it and he is forgotten. Belgium,. Italy aren’t however.