He’s the Hungarian star who took his country to a fifth-place finish in 2014 with a powerful tale of domestic violence. Now András Kállay-Saunders has released his new single, an ode to nachos.

The song, titled “Nachos”, is a promotion for the Hungarian snack food delivery service NachosExpress. “Nachos” is an edgy hip hop track, mixing street culture with a love of salty snacks.

Kállay-Saunders delivers the catchy chorus which describes his nachos-loving lifestyle:

The video takes hip hop tropes and subverts them. The chips he’s stacking aren’t poker chips. Kállay-Saunders and his snack-loving hotties flick nachos around like fat stacks of cash.

The hip hop style gives Kállay-Saunders a chance to show off his musical talent. It seems there’s not a genre he can’t do justice to, this time putting a New York/Budapest spin on Drake and Desiigner’s type of modern hip hop.

Kállay-Saunders’ fifth place at Eurovision 2014 is Hungary’s second best placing, and its best in the past 15 years. He has made two attempted Eurovision comebacks, in 2016 and 2017. Both times his song made it to the final, but the Hungarian public preferred other songs as their overall winners.

Since the introduction of the national selection A Dal in 2012, Hungary has always made it to the Eurovision grand final. It’s an even more impressive feat considering that Hungary doesn’t have a large diaspora to rely on and has twice entered songs in Hungarian — a language not widely spoken outside Hungary.

But in recent years, two English language entries — Boggie’s “Wars for Nothing” and Freddie’s “Pioneer” — both languished near the bottom of the scoreboard.

However, in earlier this year in Kyiv, Joci Papai placed eighth with “Origo”, his dramatic tale of love, identity and religion. It was one of three non-English songs that made the Eurovision 2017 top ten, and is seen as a sign that English lyrics aren’t the only way to succeed at Eurovision.

While the Hungarian broadcaster has not yet confirmed their participation in Eurovision 2018, it is expected they will return and will again use A Dal as the national selection.

What do you think of Kállay-Saunders’ new song? What other snack foods should he sing about? Is it time for a chip-related song to go to Eurovision? Share your thoughts below! 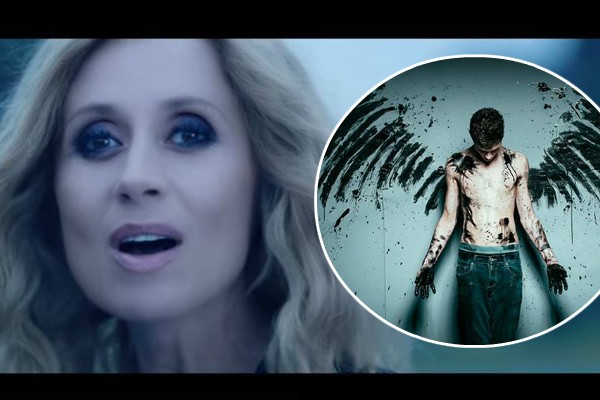 Fly with me: Eurovision 1988 singer Lara Fabian is “Growing Wings” Sounds like a fun tongue in cheek number. Glad to see acts enjoy post ESC success like him, if only to encourage other legitimate artists to participate.

Everytime an article begins with “He is … who”, “She is … who” or “They are … who”, I immediately stop reading.

As if Hungary needed more salty spicy food. Their traditional food is already so salty, if you are not prepared for this, you might think they put extra salt on purpose to spoil your food. They don’t want to spoil you food, this is what they eat.

Wait… there is a Nacho delivery service in Hungary? If this doesn’t reaffirm Hungary’s spot on the cultural world map, I don’t know what else could.