This season it’s the turn of Belgium‘s Flemish broadcaster VRT to organise Belgium’s entry for Eurovision 2018. We know they’re going to use internal selection, but who will they pick? Let’s look at some of the possible candidates!

Belgian Eurovision news site Songfestival.be contacted the mangers of leading Belgian artists to see who was up for a Eurovision adventure. This included artists such as Natalia Druyts, Emma Bale, Oscar and The Wolf, Billie and more.

Among Belgian Eurovision fans, the most wanted singer for Eurovision is Natalia Druyts, one of the most famous artists in Flemish Belgium. She’s already said that she would happily do Eurovision — but only if she didn’t have to go through a national final.

Natalia participated in the national selection Eurosong back in 2004 with the upbeat dance track “Higher than the Sun”. She came close — finishing in second place, right behind the overall winner Xandee.

Natalia has planned a tour around Flanders which will end in March 2018, so there is some space in her diary for iEurovision.

Another artist interested in Eurovision is young talent Billie. She is known in Belgium due her featuring with DJ Netsky on “We Can Only Live Today” and her own singles “Give Me the Knife” and “Love Kills Slowly”.

Artists such as Belle Perez, 2 Fabiola and Dana Winner were also asked about Eurovision. They seemed to be interested, but they don’t expect to be asked by VRT. Belle already tried to go to the Eurovision Song Contest by competing in the national selection Eurosong in 2004 and 2006. But sadly, she missed out both times.

Other names who have been contacted but are not interested in a Eurovision adventure are Lady Linn, 2016 representative Laura Tesoro and Emma Bale. Lady Linn said that while it is an honour to be named as a potential candidate, she doesn’t want to be in a competition. “I will do it when the live orchestra returns,” she said. Laura simply doesn’t have time for it due a very full schedule. Emma Bale is not interested in Eurovision, according to her manager.

Two other artists who also very popular with Belgium fans: Oscar and the Wolf and the band Bazart. However, both acts seem to be busy with other projects with would rule them out of Eurovision 2018.

Other Belgium artists asked were Tom Helsen, 2016 Eurosong runner-up Tom Frantzis, Milow, Ozark Henry and Sarah Bettens — however, none of them responded.

Whoever VRT selects, they will surely be focused on keeping Belgium’s successful track record going. Since 2013, Belgium has qualified for the grand final four times out of five, and has made the top ten three times.

Who do you want to represent Belgium in 2018? Can Belgium earn another top ten placing in Lisbon? Share your thoughts below!

Operación Triunfo: Will Spain choose its Eurovision 2018 act through the rebooted show? 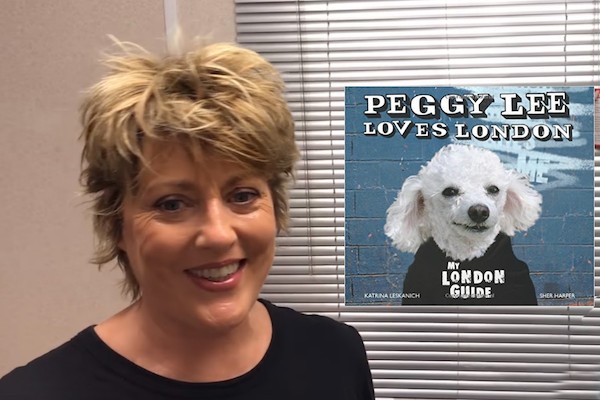 Dana Winner? Is she even still alive? We should consider Ingeborg if we really want to have fun

This is gonna be tough deciding who should represent Belgium at Eurovision 2018 with VRT as the broadcaster.

Billie would be great, her song Love Kills Slowly is a bop.

Loic performed Rhythm Inside live with an orchestra a couple of years back.

I don’t care about Laura Tesoro, she was awful… And her song was so bland, I was shocked she qualified…. I’m rooting for Loic Nottet coming back… Wonderful artist, great song in 2015, amazing voice and incredible performance….

He’s more likely for 2019 (along side other potentials like Alice on the roof, Todiefore, Blanche, Henri PFR, etc.) since he was picked by the Walloon broadcaster, RTBF.

Relax, Geo. To me, “What’s the Pressure” wasn’t all that bad. In fact, Laura’s singing was just fine, and I was so happy for her when she reached the grand final! 😀

I’d like to see Laura Tesoro’s songwriter, Selah Sue, give it a shot.

If Emma Bale is not interested then it has to be Billie!
Eurovision needs more of the fresh, modern contemporary, Electronic music now that a ESC filled with nothing but Classical music, Bossa Novas and Ballads is possible because of the stupid speech Salvador gave.

A country like Belgium considering their recent success won’t sent a regressive song just because one won.Dont worry

Per Zoso
Reply to  Aria

Or rather a timeless classic.

Evan
Reply to  Per Zoso

The timeless classic has already timed out. Out of charts and out of views.

However Salvador has much better songs in his repertoire and glad to see these songs getting more attention.

That is likely subjective to how people would want to measure an artist’s success. Either by commercial sales or by even after decades, people would still sing along with like A Festa da Vida, among others.

Per Zoso
Reply to  escphbelgium

escphbelgium
Reply to  Per Zoso

Go listen to Billie, her songs are captivating and soul-catching underneath her electronic sounds.

I thought Belgium is just going with the flow? Going English like every other non-Anglophone country in thw false thinking that it’s the only way to win.