She’s the young Australian diva who came so close to winning Eurovision 2016. But now Dami Im has scored a victory. She’s the winner of the OGAE Song Contest 2017. Her song “Fighting For Love” was voted the favourite of the OGAE fan groups around Europe.

The OGAE Song Contest is an annual event organized by OGAE — the Organisation Générale des Amateurs de l’Eurovision, or General Organisation of Eurovision Fans —  in which the members of OGAE compete with an original song released in their countries. The song has to have been released in the last 12 months and sung in one of the country’s national languages.

The 28 entries are voted on by the different OGAE clubs, using the traditional Eurovision 12-points system. Australian X Factor winner Dami Im comfortably earned the most points for her 2016 single “Fighting For Love”. This has given Australia its first win in the OGAE Song Contest and will mean next year’s contest will be hosted by OGAE Australia.

Australia’s win also ends an eight-year streak of wins by the Big Five. Since 2008, the UK has won three times, Spain and France twice and Italy once.

In second place is the UK, where electropop group Clean Bandit‘s “Rockabye” picked up 207 points. In third place with 195 points is Ireland, where Irish band Kodaline teamed up with Norwegian producer Kygo on “Raging”.

Russia’s Eurovision 2016 star Sergey Lazarev is in fourth place, where he song “Ideal World” is on 127 points. In fifth place with 100 points is Portuguese producer Mastiksoul with “Livere”.

And in sixth place with 87 points is the entry from OGAE Rest of the World. They selected New Zealand group Broods with the song “Heartlines”, co-written by Lorde.

Down at the other end of the scoreboard, is Malta’s Ira Losco. Despite her Eurovision successes, she only managed four points for her fun dance track “Oh My God (OMG)”. Norway’s entry, “Fy faen” by Hkeem & Temur, scored nil points, which suggests that it might not be to the liking of most OGAE fans. But viewers of the hit Norwegian TV series Skam will recognise “Fy faen” as the Balloon Squad party theme.

Earlier this year we asked wiwibloggs readers to pick their favourites from the OGAE Song Contest 2017.

Your favourite was also Dami Im, which earned more than a quarter of all votes. The wiwi second place also reflected the OGAE results — Clean Bandit took 11.42% of the vote.

Sergey Lazarev took third place with 8.61% of the votes, but wiwi readers had a lot of love for Greece and Poland. Marina Satti took fourth place with 7.3% while Kayah was fifth with 4.58%.

What do you think? Did Australia serve to win the OGAE Song Contest? Should Dami Im return to Eurovision? Share your thoughts below! 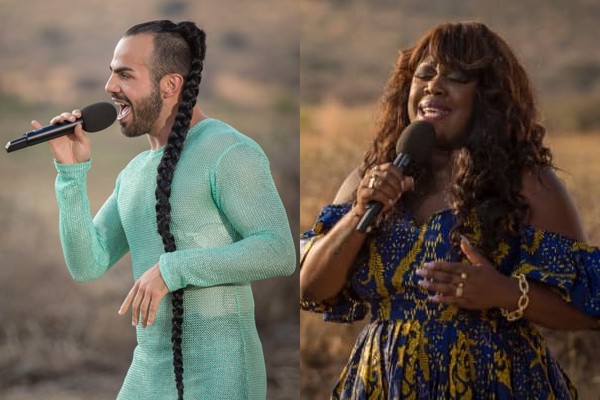 The End of Sunrise: DiHaj’s nine-track debut album is enigmatic and intoxicating

I love Dami’s song, #FightingForLove and I love her #EUROVISION song contest song ‘Sound Of Silence’ too. Too bad her songs don’t get promoted by Sonymusicaustralia. At least her songs are being used at dance clubs with great mixing. Big Dami fan from Canada. At least OGAE 2017 got it right though. Go Dami!!!

How Fy Faen got 0 points? It’s a very good song!

That top 3 is the most basic, generic and uninspired collection of songs I’ve ever seen. The OGAYs have no taste and only vote for chart hits or past Eurovision favorites’ follow-up singles, what’s new?

I would’ve given the crown to Poland, Kayah is an otherworldly artist. Can’t you see that the entire top four is made up of either chart smashes (it shouldn’t be allowed to enter with a global hit like Rockabye, but hey) or songs by well-known artists? Those people who voted probably didn’t even bother to listen to most of the other songs and just went for what they knew.

C’mon Australian radio stations. Tell your listeners what Dami Im has achieved for Australia with this song and play it as often as possible. Thank you.

This is great news! 🙂 The song seems to have been forgotten quite fast in Australia. Some say Australia isn’t the target audience for this kind of music (well, I’m in Poland but many of my Facebook friends are from Australia) and most of Europe, maybe except Eurovision fans who learned about it from blogs like this and Dami Im’s fans didn’t really know about it, because it wasn’t played anywhere on radios, but I know mainstream radios like playing this type of songs (at least here in Poland), though they won’t without any promotion. So great at least Eurovision… Read more »

If you look at the Australian charts, they don’t really care about their own artists other than estabilished names (which Dami isn’t) or indie acts. They’re more into QUALITY aka P!nk.

P!nk being a quality? lol

Australia’s song was one of the best in this year OGAE contest.
However, I would prefer France, “Le lac” is amazing!.

Dami Im is a world class artist, FFL is a great song.
Dami has the best voice anywhere in the world and is unbeatable.

UK should have won, but well, good enough results.