He’s the artist who Australia tasked to be their first ever representative at Eurovision. Now, Guy Sebastian is set to release his brand new album “Conscious” next week. Ahead of the album’s release, he’s dropped the video for his new single, “Bloodstone“.

Guy’s also been hitting the promo trail hard for his new album. Along with a number of promo singles being released for the album, he’s also been promoting himself in other ways. This includes a fun prank he pulled on music executives for radio stars, Hamish and Andy.

Guy describes the song as a “fight for love” and “not giving up” on something special. It’s obviously quite a personal song to Guy on many levels too. Guy recently revealed that, at one point in their relationship, his wife Jules split up with him for his “bad behaviour”.

It’s also timely given the current marriage referendum in Australia. Guy has been using the “#loveislove” hashtag along with his promotion of the song. The video features both straight and gay couples throughout, adding to this message.

Here it is, the video for #Bloodstone
It's about fighting for love in all shapes and sizes #loveislove https://t.co/ZWWU2GTPlZ pic.twitter.com/7gxTNKKYHA

As usual with Guy, his vocals are the standout on the track. It’s more akin to his 2016 release “Candle” than his previous album release, “High On Me”, with a slight electro feel to the backing.

There’s an added kick from the inclusion of a choir on the track. The extra vocal power really helps to drive the “fighting” message home. It also ties in beautifully with the music video; it’s understated, but the powerful message comes through.

The only slight issue with the song is some of the lyrics. The metaphors feel a little tortured and heavy handed: “please, please, squeeze, ’cause there’s more in this bloodstone”. It’s just a tad too literal.

Guy hasn’t just been performing his own songs recently, though. He teamed up with Australian comedy duo and radio hosts, Hamish & Andy, to prank some music executives.

In the video, Hamish & Andy write a painfully cheesy song, “Coconut Love”. Guy edits and records the song, before “seriously” presenting it at his new single.

Some in the room seem to be struggling — unsurprisingly — to contain their laughter at lines like “Love is a coconut, you can feel it in your gut”. Others, however, try to take it seriously, describing it as having a “really nice holiday vibe”.

Thankfully, Guy doesn’t have to put up the charade too long. It’s obvious that he’s got a great sense of humour about it all though and doesn’t take himself too seriously as an artist!

What do you think of “Bloodstone”? Are you excited to hear the rest of Guy’s new album? Let us know all your thoughts in the comments section down below! 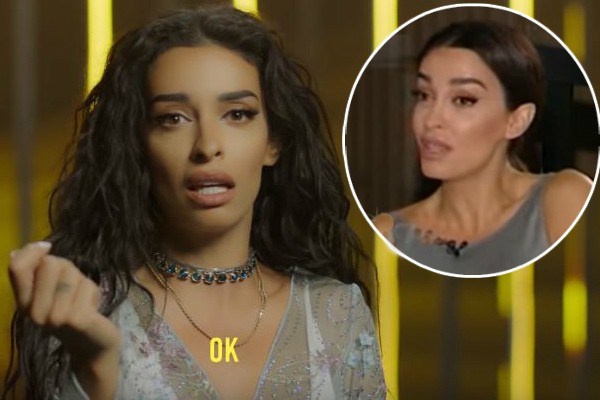 Eleni Foureira: “There must be a reason why the people at ERT didn’t select me”

It was fanlove for Sebastian that brought me to Eurovision!

He has a great voice and the song is excellent!

The lyrics are funny, there’s nothing wrong with them.

What about Club Tropicana – Wham
‘Club Tropicana, drinks are free, fun and sunshine, there’s enough for everyone, all that’s missing is the sea’

I mean the lyrics of ‘Coconut love’