It was the dress that helped take Australia to a second-place finish at Eurovision 2016. Dami Im‘s stunning gown, created by Sydney designer Steven Khalil, will now be honoured in the collection at the new Australian Music Vault museum.

The Australian Music Vault is a brand new museum which honours Australia’s popular music history. The Vault is due to open this week and is part of the Arts Centre Melbourne.

Dami told the Herald Sun that she’s happy for her dress to be on display at the Vault. She said, “I always hoped it would be displayed somewhere rather than being hidden away in my house. I only wore it last year, but seeing it again brings back all the nerves and pride and memories.”

The gown will be displayed alongside other iconic costumes from artists such as Olivia Newton-John, Neil Finn, Tina Arena and — of course — Kylie Minogue.

Dami wore the gown as part of her show-stopping performance at Eurovision 2016 in Stockholm. While Dami’s powerhouse vocals and the emotional song were the core of the performance, the stunning gown helped create the perfect setting.

Dami’s dress was created by Sydney designer Steven Khalil. He was given the brief to create something “dramatic” and eventually took inspiration from an Italian organza fabric with an eyecatching metallic piping running through it.

At the time the dress was revealed, Dami said, “I feel really great performing in this dress. I think the dress really shows the vulnerability, but also really empowers you.”

Dami also told the Herald Sun that she’s talked to Jessica Mauboy, who’ll be representing Australia in Lisbon next year. Dami said, “She asked me for some advice, but she doesn’t need any, she’s an experienced performer. Australia loves her, I think the rest of the world will fall in love with her as well.”

The Australian Music Vault opens on Tuesday, 19 December. It aims to tell the story of contemporary Australian music, both past, present and future. And who knows — perhaps in the future, Jessica Mauboy’s costume for Lisbon will go on display at the Vault.

What do you think? Which iconic Eurovision costumes would you like to see displayed in a museum? Tell us what you think in the comments section below! 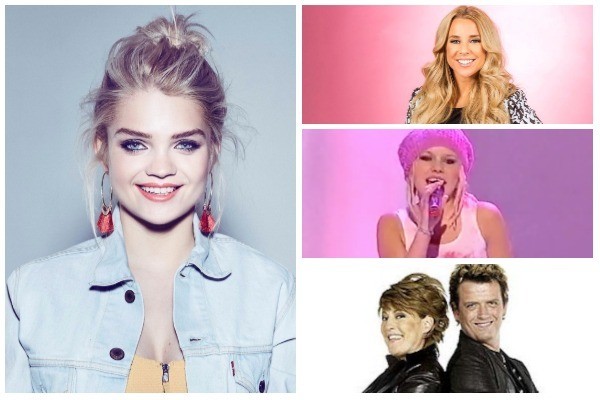 Germany: NDR reveals first bunch of national final acts… and there are some big names

Eurovision definitely needs a museum somewhere. I hope to see This dress in person one-day.

I loved that dress Dami wore, she was Beautiful in it. Dami absolutely loved the Experience of Eurovision and she gets goose bumps just when someone mentions it. One day Dami might go back as a performer, but I will be along time I think. Dami has been asked by Paul Clarke of Blink TV to help with Eurovision Asia in 2018 and she has accepted, so you may be seeing Dami sooner than later at Eurovision. But for now Dami is the busiest artist in OZ today, releasing her new album in early 2-18 and a new tour starting… Read more »

the boy who lived

I always liked ideas like that, because such iconic outfits can’t be worn twice.

Jo
Reply to  the boy who lived

There should be a section just for Valentina.

As a costume geek, I would actually love go and see a Eurovision museum with costumes and props, Lucie’s mirror was beautiful