The Next Star for Eurovision 2018 — Israel’s seemingly endless national selection for its Eurovision Song Contest star — continued this week with three new episodes. In this week’s trifecta of shows we met singers from all around the world, including the United Kingdom, America, France, and Ukraine. As ever, we’re going to take a look at the lucky ones who passed their auditions and will continue to the next phase of the show.

You can watch all of the auditions (including the ones from eliminated artists, such as the Israeli Yodel singer) at this link. And if you need a reminder of the rules, just click here. Zohar, 16, is the rebel in her religious family — as well as in her girls-only religious school.

She was born in America but at the age of 10 her parents decided to re-settle in Israel.

With her unique look and charisma she went on stage and sang her original song “Empty Heart” by the piano.

Initially she sounded out of tune, and three out of the four judges said “No” within the first minute. But she rose like a phoenix, reigned it in and hit some amazing notes, leaving the judges shocked and full of regret, as they wished they could have changed their votes for her.

During this first audition she scored 52% with only one judge (Assaf Amdursky) voting for her.

In quite an exceptional move, the judges decided to give her another chance and asked her to perform a cover for her second audition.

She left the piano and sang Amy Winehouse’s “Back to Black”, nailing it and nearly achieving a perfect 100% score.

This is what you call slayage! Jenny, 19, is a singer and violinist in the Israeli Defense Forces Orchestra.

She put both of those skills to good use and managed to convince most of the judges and the audience (except for judge Harel Skaat) with her beautiful voice, look and musical talent. Lior Halevi
Lior, 26, works in a bank during the day and performs in bars at night.

His powerful voice was completely on point during his audition, but the judges told him that something was still missing.

However, they couldn’t give up on him and most of them gave him their votes, except for Static & Ben El Tavori. Shir Mizrachi
Shir, 21, is a combat soldier in the Israeli army.

She tried to rock the stage during her audition, but her sound really divided opinion. Only judges Keren Peles and Harel Skaat voted for her and she didn’t manage to get enough votes from the audience to advance.

But the battle ain’t over until it’s over. At the last minute, Shir was saved by the hosts — who can save contestants during the auditions phase this year.

(Earlier in the series it was announced that the hosts would be able to save up to five contestants, but subsequently producers have let them save even more contestants without mentioning how many they will be able to rescue this season).

Audition score: 58% (votes from two judges) – Saved by the hosts Mike Uzan
Mike, 28, works as a confectioner, but singing is his real passion. Originally from Paris, he has been living in Israel for the past 12 years.

Mike’s audition was only a partial success, as he failed to get votes from judges Keren Peles and Harel Skaat, but he still managed to score high enough to pass to the next phase of the competition. Orian Refael
Orian, 24, is a young father with a five-month old baby.

He dedicated his audition song, “Bishvilech Notzarti” (I was Born for You), to his wife.

Emotions were flowing among the judges and the audience during his performance, but Assaf Amdursky and Static & Ben El Tavori just weren’t feeling it.

In the final seconds of his audition, Orian managed to score the minimum 70% in order to pass his audition. 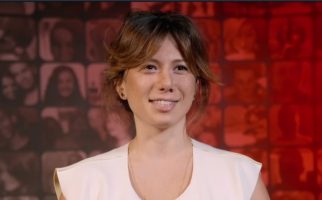 Mishéll
Mishéll, also known as Talia Irina Rosenfeld, hails from Ukraine, and has been living in Israel for the last couple of years.

She almost represented Ukraine at Eurovision 2006, having placed second in the national selection that year with the song “You Give Me Your Love”.

Her unique charisma (and outfit) gave most of the judges and the audience dem good vibes. Though judge Assaf Amdursky said she “murdered” the song… Barak Mizrachi
Barak, 22, performs in clubs and at special events.

Owing to his family’s financial problems, he quit school to help his loved ones get through it all.

His brother, Shimi Mizrachi, is a singer as well, and even collaborated with one of Israel’s biggest singers, Subliminal, back in 2015. Now he is helping his little brother into the music scene.

Barak’s audition reminded us of Croatia’s Jacques Houdek, as he showed off his impressive range by moving from super low to super high, as if he were two singers in one.

This audition also featured the Turkish language. Will we hear Turkish from an Israeli singer in the Eurovision Song Contest again? Vicky Kalichman
Vicky, 32, was born in Ukraine and studied Jazz at university in Moscow. She then married an Israeli guy and moved to Israel.

During her audition Vicky served pure pop. Unfortunately, and despite the uptempo song, she didn’t really move, resulting in a static performance that earned her just one yes vote (from the judge Keren Peles).

No matter. Although she only earned a score of 43%, the hosts threw her a lifeline.

Audition score: 43% (votes from one judge) – Saved by the hosts His favourite music styles are pop, rock, jazz and blues, so it wasn’t that surprising when he chose to audition with Bruno Mars’ “Versace On The Floor”. He charmed all of the judges with his sexy groove, showing off major charisma and a deliciously saucy quality.

We really can’t wait to see his next performance. 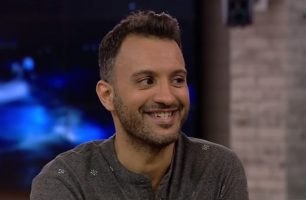 Priel-Yehoshua Fitoussi
Priel, 42, studies clinical social work, a field he knows well owing to a series of family tragedies. Priel recently lost his father; his brother was killed 23 years ago in the line of duty while serving in the Israeli army; and his sister is disabled with muscular dystrophy.

There’s more. He came out as gay at the age of 30, which involved a difficult struggle against his religious faith, and has subsequently worked as a guide for religious groups in a special LGBT youth organisation.

Priel is not only a singer, but also a composer.

In his audition he sang a famous Israeli song, “Od Yihye Li” (I Will Have), but with a twist — he composed a brand new original melody for its lyrics (in memory of his brother), which gave the song a totally new spirit and feel.

Both the judges and the audience were filled with emotion, not only because of the lyrics, but also because of his special voice and performance. Yakir Itzkovich Cohen
Yakir, 25, is a construction worker. But his real passion is music.

In his audition he was vocally on point, and while the audience loved him, only two judges (Harel Skaat and Keren Peles) gave him their votes.

Despite not getting much support from the judges, he still managed to pass his audition in the end. Maya Banai
Maya, 18, came to Israel from the UK three years ago.

As a teenager she sang in a choir and played in some of London’s West End musicals.

Only two out of the four judges gave her their votes, but she still managed to pass her audition in the end. 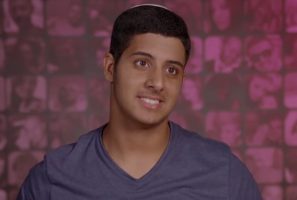 Asael Tzanani
Asael, 18, has just finished high school and is about to join the Israeli army.

During his audition only Harel Skaat gave him his vote.

But once again the hosts pressed the special “save” button and sent him through despite his low score of 52%.

Audition score: 52% (votes from one judge)

Next week’s episodes will feature the final auditions — hooray! — and the competition will go up a notch as the survivors prepare for the next round.

This season was originally meant to have 20 episodes, but it seems that producers have extended that number along the way. It looks like we’ll have plenty of more episodes — and emotional sob stories — between now and the grand final in a couple of months.

In case you missed any of the previous episodes, you can watch all of the qualifying performances and read quick reviews in our recap posts. I think we can assume that these 12 will be among the qualifiers for sure:
Yafit Casay
Chen Aharoni
Gal Yakobi
Riki Ben Ari
Jose Steinberg
Eden Newman Hayat
May Tor
Almog Kapach
Zohar Raziel
Jenny Polotsky
Michael Kobrin
Lior Chen

I’m not sure who the other 8 remaining spots will go to but we saw some strange choices last year so who knows..probably some groups will sneak through

How will the next round work? Is it like these battles on the voice?

They make the rules up as they go along. Usually they cut the team down to about 15 ppl in one episode, or even just announce which 15 participants they chose to stay in the show. It’s really a crappy TV show that obviously doesn’t think highly of its viewers.