After waiting weeks for one to become two, the number of confirmed Eurovision 2018 entries has doubled in the last 24 hours.

The Czech Republic’s Mikolas Josef with “Lie To Me” and Spanish duo Alfred & Amaia with “Tu canción” take us from two to four. Can either of them knock Albania’s Eugent Bushpepa off the top spot? Or could France’s Madame Monsieur beat them all?

It’s time to choose your favourites!

You can listen to both new tracks and watch our video reactions below. Then vote in our poll. Choose wisely, you can only vote ONE time. Voting ends at 23:59 CET on Friday 2 January — just ahead of the Maltese and Swiss selections on Saturday and Sunday.

We will then relaunch the poll to include the winners of both shows, as well as any other songs which might drop in the interim.

In arguably the least surprising result of the season so far, Mikolas Josef was announced as the Eurovision CZ winner yesterday. Topping both the jury and public vote, “Lie To Me” is a slick, chart-ready pop track with plenty of radio appeal. With a music video starring a camel and spaghetti references in the lyrics, it will certainly generate plenty of chatter. But could its more risque elements trip it up? Will all the “motherf-ers” make it to Lisbon?

Spain’s epic search for its Eurovision acts finally came to an end in the early hours of this morning as Alfred & Amaia took victory in Operación Triunfo’s Eurovision Gala. Their La La Land inspired duet “Tu canción” and real life love story enchanted televoters, earning them a massive 43% of votes in the superfinal. But will international viewers unfamiliar with the pair’s reality TV journey be just as enamoured? And what happens if the budding romance hits the rocks before Lisbon? 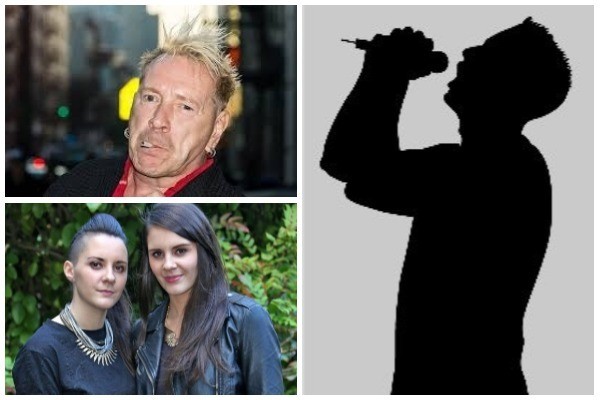 Ireland: RTÉ says no to both John Lydon and Heathers, instead selects “male solo singer” The spanish song is beautiful <3

This albanian guy is great singer! Greetings from Greece.

Albania, just Eugent #1. He is masterpiece

Eugent Bushpepa was last in the poll since January 30 (with a large margin) and a few hours before the end of the vote, he suddenly had thousands of new votes… ??

Eugent Bushpepa is a very well-known Albanian artist not only in Albania.
The guy has a lot of fans just checked his fan page, his voice is amazing and the song is beautiful ( if you understand the lyrics). The difference between 4th and 2nd position was very small. Cheers!

How you even comparing the rest,with the song (Mall) eugent is nr1.

We have 4 good songs thus far

1.Spain
2.Czech Republic
3.France
4.Albania
Good luck to all of them from poland 😉

If the guy who sings from Spain changes his way of singing… It would be my top 1.
1. France
2. Spain
3. Czech Republic
4. Albania

1. France 9/10 Well produced+ modern + powerful message + nice aesthetics
2. Czech Republic 8/10 Love the song, but I’m afraid this will sound very different live. Will Mikolas be able to keep up to the expectations?
3. Spain 4/10 Very basic and cheesy. Her voice is nice, but the guy is annoying and his facial expressions are creepy in some close-ups. Reminds me of Verona -not for the good.
4. Albania 3/10 Mediocre and not memorable at all.

i absolutly love Albania and france.Chezch i dont like it at all

The spanish entry is by far, the worst. Czech Republic and France are good.

I dream every night thanks XD

All this songs deserve good positions this year. Except Albania…. Im dissapointed with their song.
1.spain 2.france 3.czech republic 4.albania

Im from France but i am going to be fair.
If Lisandro Cuxi with Eva have won, It would be the first in my top. :'(
1Spain
2Czech Rep.
3France
4Albania

Stop living in the past

So far my fav is the spanish entry.
The rest are good too. But lovers and haters: lets wait… There are still 39 songs left xD

1.Spain first. Very sweet. Luv it
2.France. I like this kind of music
3.Czech Republic. Very “new” xD
4.Albania. Nothing to say

And my favourite of the national finals so far is Meggyfa from Hungary???

I am so in love with ““Tu Canción” It is very relatable and absolutely timeless. It really showcases the beautiful sound of the Spanish language. The voices of Alfred and Amaia are arranged very smartly. The uplifting melody makes you get caught up in the emotion.
Alfred and Amaia’s chemistry is very apparent The best song to date.in my opinion. It has huge potential The performance in terms of staging will be key to the success of “Tu Canción”. 12 points so far.

It’s funny how the seven most recent comments talk about how horrible Spain’s entry is … and it’s winning the poll.

Of course, Eurovision seems to more and more about ripping apart songs, not looking for the positives in them.

SURE. Because wiwibloggs polls have always been SO accurate…not. Barei was also doing well in the betting odds and was a flop. The people that dislike the song have voted for other songs and are entitled to it. The spanish are super united and keep voting for their entry, the same way as they downvoted Manels video last year. They will also be annoyingly loud in the arena, as expected. They’ll lose their minds if they dont reach top 5. It’s not winning the poll because europe is in love with it. Far from it, actually. I’d be careful with… Read more »

The performance of Spain was so painfully awkward to watch, was all that hugging and cuddling really necessary. They are trying so hard to convince us they re in love, it ends up extremely cringeworthy

The staging totally ruined the performance. It was indeed awkward to watch, she didn’t know what to do with her hands. The song per se is cheesy enough, no need to hold a neon sign saying “WE LOVE EACH OTHER”.

He seems more in love with her than she is with him. I dont see chemistry.

spanish are playing their lifes in this poll, if they don’t win this, they wouldn’t sleep quietly. Are they becoming pathetics fans as for Italians or armenians last year, I think they are in this way, so let them win this poll if it can please them, because if not they will cry and complain as poor spotty teenagers, their tv show OT helped soften their brains lol so funny.

Spanish fans have been acting like this for a long time now. It’s the same old sh** year after year and they never learn. It works like this: they have one of the most numerous and passionate fandoms, so any content related to the Spanish candidates will probably be the most viewed and commented one (most of the views and praising comments come from Spanish fans, but they don’t wanna think about this). The same applies to the polls –> HYPE (“Europe loves our song! We really have a chance this year!”) –> Spanish fans overestimate their possibilities –> major… Read more »

That’s exactly what’s gonna happen. Portuguese fans were humble and mostly quiet last year. They kept it classy. Meanwhile Spaniards, like Italians and Bulgarians, keep acting this way and it’s not gonna END WELL. The WORST PART: The arena will be full of spanish people and if they get a disappointing result, i predict a booing reaction. It’s how childish they are.

…but for as early as it is, I’m fairly certain that all 4 of these will end up in the top 20 and at least 2 of the 4 will end up on the LEFT side of the table…

Albania has the most potential – it all depends on the revamp. All in all the songs are good but none is worthy of being on the left side of the board, aside from Mall (but I have a feeling they will mess it up, cuz the bridges are too long and the song seems hard to be rewritten for a 3 mim version. Italy has been doing the same mistake repeatedly with „Grande Amore“ and „occidentalis karma“
Lg aus Wien ??

My top so far:
XX: Spain (I won’t rank my country but I love our entry, it’s magical)

It’s waaaaayyyy too early for me to tell. We still need to find out about the other 39! I will say I’ve enjoyed all the entries so far, and I’m happy that they’re all great in very different ways: Mikolas is fun and poppy (as an American pop radio addict, this stuff is right up my alley – I imagine it’ll impress the folks at Logo), Madame Monsieur have a cool sound and a great story, Almaia have terrific chemistry and the song’s very sweet and romantic, and Eugent’s got a strong voice and authentic sound. If, god help me,… Read more »

Spanish voters influence these polls so much, just like it happened with Barei.

This is way better than Barei, although she was also fun. Not top 10, sure, but fun. Funny to think that was ever considered a contender, but she put on a good show and at least deserved a little better.

Well, Pastora was better than Amaia.

SPAIN will win this year…or not! Top 5

I don’t think a position higher than Alma is possible for Spain with this song!!

I love all 4 songs i cant make a top list,

I like all the songs so far, but for very different reasons. Ironically, the only one that was my favorite on its selection is the one in 4th place. 1) France (I still think it has the best combo so far: singer, lyrics, melody, producion, message, everything works perfectly for me, a good staging would be the cherry on top) 2) Albania (a performer that really elevates his song, I hope they don’t ruin it when they cut to 3 minutes) 3) Spain (adorable song performed by a cute couple full of chemistry, but they need to avoid it to… Read more »

hmmmm this is gonna BANG! in May…

Thank you Tadey! Not an easy song to perform live, but he pulled it off. I definitely can see he taking Czechia back to the final. 🙂

It’s on playback though

The guitare part talked …. this song music background is wonderwall of oasis lol

I love my top 3 and i dislike Spains entry. It’s too cheesy and Disney song like for me. Everyone seems to be overrating Tu Cancion where as I, just don’t understand what’s so special about it.

Damn, someone gets me, FINALLY.