For the past two years, producers behind Söngvakeppnin have amped up Iceland’s national selection with guest performances from Eurovision stars. And this year the tradition continues with two more big names.

In 2016 it was Sandra Kim and Loreen. In 2017 Måns Zelmerlöw was an honorary guest and a jury member, and Alexander Rybak gave a “surprise” performance.

Now, in 2018, Icelandic Eurovision fans will have the pleasure of listening to 2013’s winner Emmelie de Forest and 2017’s Swedish representative Robin Bengtsson. In the words of Ida Maria, it’s Scandilove!

This won’t be Robin’s first time in Iceland. He had the most unforgettable vacation in March 2017 when he popped the question to his girlfriend, Jennie Salte, just a few days after winning Melodifestivalen 2017.

Robin’s song – I Can’t Go On – became extremely popular in Iceland after the Eurovision final last May, trending on Spotify and becoming one of the most played songs on Iceland’s biggest radio stations for weeks after the Grand Final.

So it comes as no surprise that Robin has been invited to perform at this year’s Söngvakeppnin and his appearance is already getting Icelandic fans excited.

Emmelie de Forest might not have gotten engaged in Iceland, but she sure has a tight relationship with Icelanders, simply because Icelanders love everything Danish. Plus Emmelie’s winning song from 2013 was one of the most-played radio songs in Iceland in 2013.

Will there be teardrops in the audience? Probably not, but there are definitely going to be some very happy fans.

Söngvakeppnin final will take place March 3 with six songs competing for the ticket to represent Iceland in Lisbon this May. Two semifinals will take place February 10 and February 17 that will determine the six finalists.

You can vote for you favourite from Söngvakeppin’s first semifinal in our poll here. 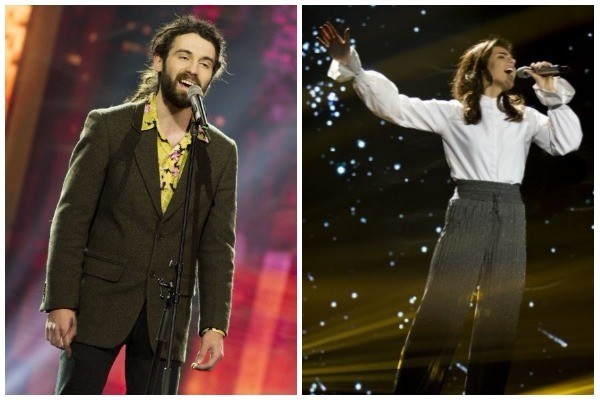 So I take it this means the final won’t coincide with the Melodifestivalen final? Because I think it did in past years and I want to watch them both.

Emily is ok but Robin is terrible , Iceland would have the pleasure to witness that plastic maneken with his stupid annoying song again

Somebody has to save this tragic NF….