The Wiwi Jury — our in-house panel of music unprofessionals — continues to review the qualifying acts from Moldova’s O melodie pentru Europa 2018. Next we listen to Anna Timofei‘s ballad “Endlessly” and Che MD‘s folk-rock entry “Inima-n stanga”. Are we rocking with them or do we want to put an end to their songs?

Antranig: In many ways, this is a very formulaic forgettable Eurovision ballad. It’s even forgettable by O melodie pentru Europa standards. Anna’s vocals give this a bit of spice that could help it stand out from the pack. She can clearly slay some high notes so if they can write a great song for her, she could bring Dami Im levels of success to Moldova. But with “Endlessly”, she’ll be fighting to avoid last place in her semi-final.

Bogdan: “Endlessly” is not bad at all. Anna’s voice reminds me of Nina Kraljic’s, it has the same sort of ethereal quality. The song itself doesn’t sound very Moldovan, but that’s fine. It remains one of the gems of this year’s O melodie pentru Europa, and it’s bound to do well in the national final.

Kristin: I was bored the entire time here. Sorry. Anna Timofei is an amazing singer, with such a bright and lovely voice. She should be singing something more Enya like, something soothing yet epic. This is just noise with a few high notes and key changes by the book, and does absolutely no justice to Anna whatsoever.

Robyn: “Endlessly” is not a good song for Anna Timofei. She’s a singer with a delicate voice, capable of reaching mighty highs. But the backing track is banging away over the top of her, dominating where it should be supporting. It just isn’t working.

Antranig: “Inima-n stanga” straddles a fine line between being a rock entry and a traditional folk piece. It’s a combination that really shouldn’t work but it is executed really well. The vocals have potential to back a great rock song and it’s very interesting hearing them over some traditional instrumentation. While it may not be amazing, this is the most cleverly written song in the Moldovan selection.

Bogdan: This is a powerful song about the division of the country between Moldova and Transnistria. It’s a daring political message that should stir a lot of emotion in the hearts of the Moldovan people. However, the delivery is a bit too heavy-handed and I had to look for the lyrics in order to understand them. Should the singer enunciate them a bit more intelligibly, “Inima-n stanga” should do well in the national final.

Kristin: This entry is totally bringing it. The traditional sound blends well with the rock, and the language gives it an edge, that is hard to find in other rock entries in O melodi. “Inima-n stanga” might not be a winner, but it sure as hell should reach at least top three.

Luis: In order to properly showcase power, there needs to be some self-control. That’s the only fault in “Inima-n stanga”: the singer is feeling it a bit too much. This combination of folk and rock sounds a bit forced in the first notes, but as the song progresses, the flute and the guitars converge in a fantastic way. This is one of Moldova’s best options.

Robyn: “Inima-n stanga” sounds like a Linkin Park song rearranged with traditional folk instrumentation. It’s a combo that no one asked for, and yet it kind of works. Each music style complements the other and this odd combination blends well. The production of the studio version needs work — and I’m not really sure this would work at Eurovision — but it’s a good national final entry. 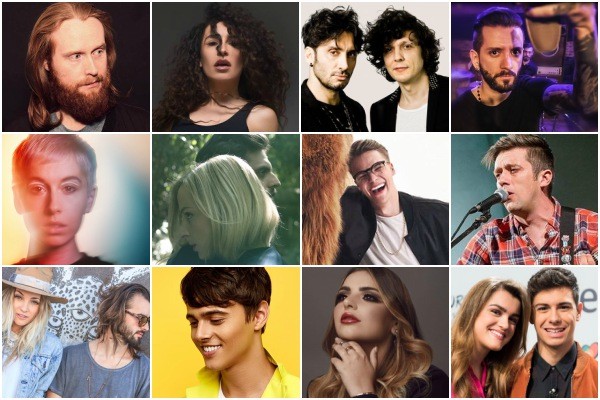 Poll: Who should win the final of Slovenia’s EMA 2018? Wiwi Jury 2020: Wiwibloggs readers have their say and rank Switzerland as their favourite “Endlessly”: Lovely voice, seems out of a fairytale. However, it’s not the kind of songs I particularly like. 4/10
“Inima-n stanga”: A different sound at last. It’s fine, but not sth exceptional. 5/10

Endlessly – At first, I was quite confused with her voice and “hiccups”, but very soon I found it amazing and unique. Now she is one of my top 2 favorites to win the whole thing. 8/10

Inima-n stinga – Interesting and I like their energy. Probably among the better songs there. 6.5/10

Anna Timofei is my winner.

Looking at the songs already chosen, and what may be chosen in the next weeks, this year will probably be the year of ethereal songs. I team Anna Timofei with her song Endlessly.