Romania‘s broadcaster TVR has settled the case of the classical music sampling in “Desert de sentimente”. After Selectia Nationala semi-finalist Lion’s Roar claimed that TIRI‘s song breached the rules of Selectia Nationala because it included fragments from Ciprian Porumbescu‘s “Ballad for Violin and Orchestra”, the Analysis Committee decided that the song is original and that it should not be disqualified from next week’s final.

Earlier this week, after TIRI advanced to the Romania’s National Final with his song “Desert de sentimente”, Lion’s Roar frontman Liviu Sorescu claimed that the track breached the rules of the contest, specifically article 2.7 of Selectia Nationala‘s rule book, as it samples one minute of 19th century composer Ciprian Porumbescu’s “Ballad for violin and orchestra”.

The broadcaster’s Analysis Committee gathered and gave their verdict in favour of TIRI’s song:

1. The legal duration of Ciprian Porumbescu’s copyright has expired and “Balada” is part of the public domain. Consequently, the act of including a theme written the the great Romanian composer in “Desert de sentimente” does not affect third party rights in any way and does not affect the originality of this track which is in another style, with other instruments, being totally different from the musical work “Balada”, as it is accompanied by lyrics and has a reduced weight in the total duration of TIRI’s song.

2. Because the copyright legislation […] also protects derived works consisting of musical arrangements or any transformation that represents a creative intellectual work, we consider that the condition of originality mentioned by article 2.7 in the Rules regarding Selectia Nationala – Eurovision 2018 is observed.

This means that TIRI can go ahead preparing his show for the National Final next Sunday, knowing that he has the stamp of approval from TVR.

You can compare the two musical pieces below.

TIRI will face off against the other 14 finalists of Selectia Nationala 2018 on Sunday, 25 February, when Romania’s winner will be crowned by 100% televote.

Do you agree with the Analysis Committee? Has a dangerous precedent been created in Selectia Nationala? Regardless of the copyright legislation, should artists be allowed to sample classical music in their entries for Eurovision? Let us know in the comments! 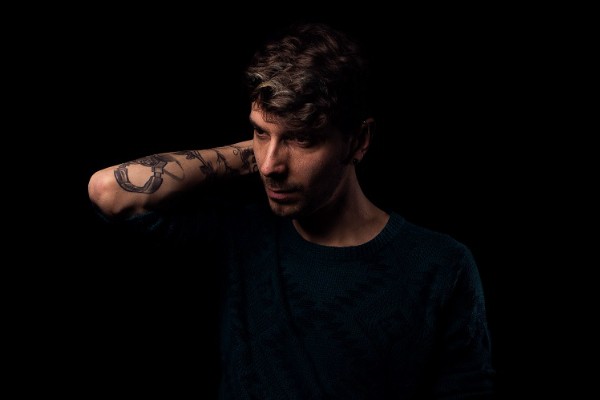 Now I would be curious what EBU would say if he would win the contest. Cause it could form a totally new style, with many songs copying fragments from classical music for the next editions. Even though that wouldn’t bother me at all, I would most probably even enjoy them very much, I don’t think that the fact that the copied piece is part of the ‘public domain’ should be an argument, it is still not an original creation.

I agree with you in regards to the “public domain” part. Although it’s great that it’s not being “stolen” from anybody, as you said, that doesn’t make that portion of the song original. I’m not sure where I stand on this issue, but it being in the public domain shouldn’t be a determining factor.

No way the EBU would approve this…

Let’s start with the fact that it would be bad if he won in the first place. That song isn’t very good as a whole, with or without that sampling. I cannot remember one verse!

Second, I agree. Original means original. That’s like if a school play asks for an original story and the student takes the parts from Greek mythology, just because they are in the public domain. Still not original!

I think the strings are a large part of the appeal of Tiri’s song, so it is dodgy that they lifted from another piece of music. Some difficult decisions will need to be made if this song goes to Eurovision.

This song is really bad. If this qualifies over Feli, Romaninas have no taste…

Agree! Feli, Jukebox, Xandra, Mihai, even that La la la guy, all have better songs. Please, Romania, don’t pick a forgettable filler like this! Feli would be my pick too!

Does anyone else feel like there are way too many almost-scandals this year, and at the end they collectively harm Eurovision as a global brand?

Is too much scrutiny. We are in 2018, what can be new? As long as it’s not blatant stealing, you can’t ask songwriters to invent music unheard before.

What is wrong by contesting a copied song? The title of the show is Eurovision Song CONTEST, it still a contest, so the contestants should respect the rules. If everything is fair, no need of scandals, but if not, sorry, that just reminds me of Ovidiu Anton, who’s a reason why I can’t understand why Romania is still in the contest. I mean, personally, instead of TVR I would have refused any association with EBU after that event.