The heat is on in Romania‘s Selectia Nationala, ahead of the grand final on Sunday. All 15 finalists are campaigning hard this week, and front runners Feli and Jukebox make no exception. Both acts have revealed that they recorded foreign language versions for their songs and are teasing them on social media.

Romania’s 15 finalists are all hoping to snatch the ticket to Lisbon on Sunday, 25 February, but a couple of them are thinking even further ahead. Feli and Jukebox, whose original entries are in Romanian, are already taking things up a notch and have recorded English, Spanish, Portuguese and even Tagalog language versions of their songs, in order to spread their message across the Romanian borders.

Feli teased the English version of her song “Buna de iubit” via Instagram. She posted several snippets of the song and it appears that she also shot the video in English, along with the original Romanian language video, in the same location.

Feli was invited to ZU Radio this morning and she said that, if she wins Selectia Nationala on Sunday, she would perform the English version of the song in Lisbon. Entitled “Royalty”, the song will have the same message of empowerment for women. Nonetheless, she added that she would keep the chorus in Romanian.

We already know that “Buna de iubit” has a Spanish version, which Feli boldly performed at the live auditions for Selectia Nationala back in December.

Entitled “Hear It Beating”, the English language version keeps the same message as the Romanian version and showcases the two singers’ amazing vocal and linguistic versatility.

Filipina Bella Santiago paid tribute to her roots and recorded the song in her mother tongue, together with Jukebox vocalist Alex Vasilache. We’re seriously impressed with both their dedication and language skills!

You can vote for either Feli, Jukebox feat. Bella Santiago or any other act in Romania’s National Final in our poll.

What do you think about the Romanian acts’ efforts to impress their foreign fans? Who are you rooting for between these two acts? Let us know in the comments! 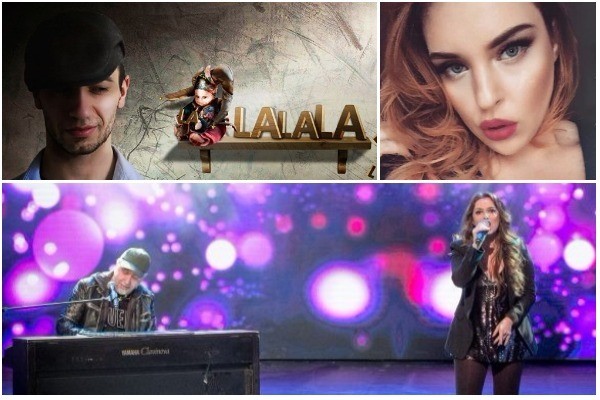 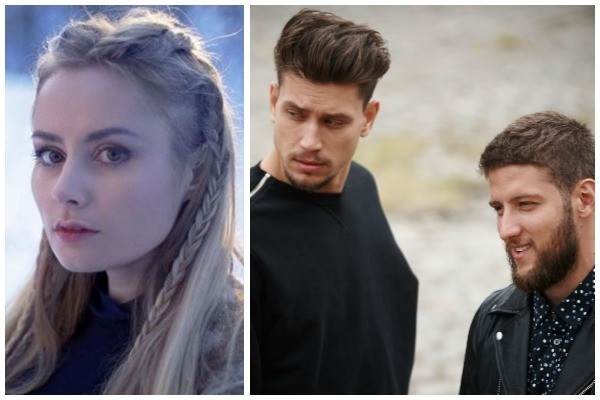 I quite like the English version of Jukebox. However, I believe English doesn’t make the song stand out. It feels weaker. Instead, in Romanian it’s more interesting and mysterious. Keep it Romania and keep it real people!!

Feli: If I win Selectia Nationala on Sunday, I would perform the English version of the song in Lisbon.

Feli: If I win Selectia Nationala on Sunday, I would perform the English.

If they want to change language they should validate their choice as a good one by testing it in the national final. Later change could backfire in Lisbon.

wow! ok buna de iubit sound sounds generic in english. it sounds like ‘waka-waka’ or ‘haba-haba’. like a said in esc forum. this song is problematic. the African beat with only white girls singing ricks of cultural appropriation. the SJW will have a field day.

as for jukebox, i can’t review it without bias. but doing a version of the song in english , portuguese , and filipino is smart. it hits your diaspora hard. special;y filipino, as this new untapped voting block can be harness.

Keep it in romanian Jukebox & Bella! I dont care for the other song

I hope Feli keeps the song in Romanian, really ! It has a special summer flavour that Romanian really raises up 🙂

”she said that, if she wins Selectia Nationala on Sunday, she would perform the English version of the song in Lisbon”

Goodbye Feli, this is exactly what Alma did, they think their song have such an important message that the human kind needs to hear, and they end up destroying the song.

Is one thing to play with different languages outside the competition, but is unacceptable to sing in different languages, in the stages of the same competition. Feli sung in Spanish during auditions, then she sung in Romanian in semifinal, and in Eurovision she wants to sing in English. This is not the song people have voted for. Should be against the rules. I want anybody else to go to Lisbon.

It’s not your choice…

How can you vote for a song without knowing how the final version will be like. You are just a fanboy, you just vote the person, probably you don’t even care if she changes the song completely and decides to whistle for 3 minutes.

Oh, just shut up. We prefer it in English. Problems with that? Get used to it!

In my opinion he’s right, another language could change to song entirely. And my vote on Sunday goes to what I’m hearing that day and what I want to represent my country in Lisbon, so it shouldn’t change entirely. For example I would totally agree to see Jukebox winning, but now that there are rumours that they could change it to English, I don’t see them as solid as in Romanian and I would go for another entry.

She wants to keep the chorus in English – but which chorus?
At the point where normal pop songs have their chorus, she just goes e-o-e-o all over the place.

in Romanian*
In the chorus, she is saying “Tu o ai” which means “You got it”

Thanks for the explanation – for me it sounded like vocalization

As a Romanian, I much prefer the English version for FELI’s song. She will be the winner anyway of Selectia Nationala 2018.

P.S: Jukebox have posted last night a Russian version of their song, on Bella Santiago’s FB page. No matter how many languages they try, they won’t win. In fact, no one in Selectia Nationala 2018 can keep up with FELI, her fan base is huge, she will have double votes than the runner up, no matter who that is…

Depends. Voting based on name recognition could often backfire if there’s another fan-favorite in the selection with a strong voting bloc as well. They’ll cancel each other’s votes, which would allow for another contender to sneak in and snatch the win.

Relax man, we’ve heard same things with Traistariu last 2 years, Feli’s fan base is not as huge as you say, Voltaj had a huge fan base, Lora would have had it last year, but Feli is small beside them. Not to mention that it is stupid to vote for a person, as fan as you are, you should select a song, cause in Lisbon nobody will vote for Feli for being Feli. And our interest should be to have the best possible option for a high result in Lisbon, not the person we like failling in Lisbon.

We only did well with english versions. it’s more risky to go with romanian, and her accent in english is adorable.

We only did bad in English as well. Let’s face it, Romanian language was used just a couple of times, 4 times I think from which 2 were in the 90’s. Another time was a combination with Italian which wouldn’t have get a higher place in English with Italian, while last time Voltaj got exactly where other many English songs got, in the middle of the table. If we’re thinking like you say, maybe we should use Italian, we got a 4th place with that language, right?

I though that in 2018 we were surpassing that needless translation part. Oh, well… not everyone can be high on the same list, I guess.

Feli’s accent in English is off. Singing in English seems to be a problem for some Romanian singers. Get a voice coach like other artists do. That accent killed the song for me. Waiting for the long version.
Jukebox and Bella: it’s coração in Portuguese. You sing it as corazón in Spanish. Get a voice coach as well.

Feli is canceled. The Romanian language is what makes her song so good, don’t change it sis or at least make it 50-50 max.

In 2015, Voltaj were asked by fans to keep it in Romanian, and they did so. Sing in Romanian Feli and Jukebox + Bella!