Lithuania’s marathon national selection “Eurovizijos” dainu konkurso nacionaline atranka — or, more simply, Eurovizijos atranka 2018 — is about to reach its conclusion. Six acts will sing it out one last time, in a bid to win over the Lithuanian juries and televoters.

Over the past week, we asked you which of the six finalists was your favourite to win. And after counting a total of 2,175 votes, we can now reveal that Ieva Zasimauskaite has come out on top with 35% of the overall vote!

Ieva’s entry, “When We’re Old”, earned 765 votes. As the only act to win both televoting and jury votes so far, can she go all the way?

Finishing a close second with 703 votes is Paula, reaching the final for a second year in a row. Her entry “1 2 3” earned 32% of the overall vote.

Top of the class in our Wiwi Jury, and impressing the Lithuanian juries with her acoustic version, which Paula will we be seeing at the Žalgirio arena?

Sneaking into the top three by a whisker are The Roop with 222 votes. It’s already shaping up to be an impressive debut for the band having been the first act to confirm their Eurovizijos atranka participation. Their song “Yes, I Do” picked up 10% of the overall vote.

Are you a fan of Ieva? Do you think she’s the right choice for Lithuania? Share your thoughts on the comments box below! 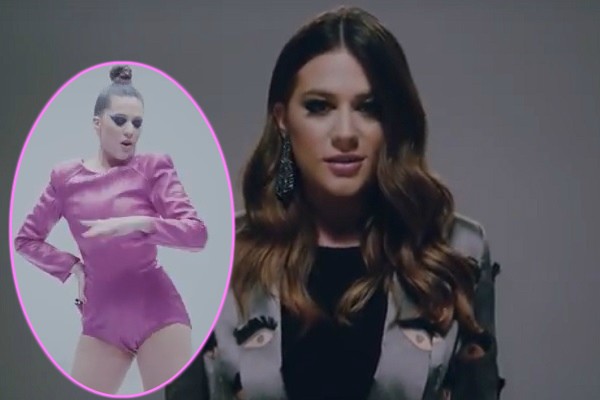 Woo I have the same top 3 acts (though not in same order)! I’m happy if any of them win

Out of the relatively weak selection, not a bad choice, but I would be VERY surprised if Lithuania leaves the semi final with this… People seem to like it, but she sounds like she is eating all her sounds. Better than last year’s train wreck at least.

Is that Lithuanian Saara is singing in? O.o Definitely not Finnish.

Yaaas! This is a brilliant performance from Saara Aalto!! A game-changer for me. 🙂

So, the televote is definitely between Ieva, Monika and The Roop. Other 3 have no chance, I’d say. Now, how will the votes continue and how will the jury respond, don’t know. Could be any of the three.

Well I liked Kotryna and Paula the best, so I wouldn’t have been much help on the jury tonight! 😀
Out of the top 3, Ieva has the best song. (But that re-arrangement needs to happen before ESC or it won’t qualify, IMO.)

For me, Ieva is in a category of her own, but I really liked all women, am ok with Jurgis and don’t like The Roop.

My ratings remain like down there, except for Jurgis, who gets a 6 instead of a previous 5.

I would prefer Paula, but I’m rooting for Ieva then. The bad thing is that I don’t think she would be able to survive the bloodbath semi. So I don’t know if it would be better for Lithuania to send The Roop so I can suffer a little less on May 8th. 😛

Monika won’t get much points from jury, so she really doesn’t have chance to win.
Ieva has about ~90% chance to get 12 points for jury, cause it’s very clear here in Lithuania, that she is a very strong jury favorite.
The Roop won’t win either, they are not even going to win televote, and the jury won’t give them 12 points, it’s impossible.
Honestly, we can already congratulate Ieva.

Ieva – Fantastic voice. This is a lyrical song with a beautiful idea. It sounds like a song that belongs on the end of a film soundtrack. But it’s so bare-bones slow for a live performance. I was waiting for the piano suspensions to resolve for far too long. And the staging was too relaxed, for my liking. I’m sighing because I was expecting a bigger build-up through the song and it just didn’t happen.

Ieva was perfect! This could seriously be a road to Vilnius 2019! Please, Lithuania, don’t miss the opportunity!

She’s taking over the votes, and she’s in the lead now.
But I don’t think this will do well at ESC, unless it is given a bit of a re-arrangement for a build-up boost.

Thank you for your opinion, but I would disagree. This song posesses the rare beauty of sincere and raw emotion that can bring me to tears. It’s definitely a song I would love to see winning today and at least reaching top 10 in Lisbon. Will it? I don’t know. It may lose today (Esamiba loss) or not qualify at ESC (Blackbird case), but I will still find this a masterpiece. Subjectively, of course, as always. 🙂

Thanks Colin.
I only heard it for the first time tonight. If it wins, I will get to review the music in full. I may appreciate it more then. 🙂

Jurgis – His vocals are so nasal at the start that some of the English language gets lost. But once the song settles down, he gets a lot better. I like the actual song arrangement – the double-octaves, finger snaps, electric guitars, light dubstep in places, it all works well. It reminds me of a Swedish entry, especially the choreography. Oh, and four gorgeous men too. 🙂

Everytime I watch Jurgis performing this song, I think I’m watching a parody of a swedish entry. So, I guess would like it way more if this was a joke act.

Jurgis’ song is definitely very Melfest-friendly. I mean, it’s okay, very well staged and all, plus Jurgis is handsome. Still, I am not sure whether this is a good song. Maybe. Don’t know.

It is a well-arranged song, but it is very simply written to the usual generic formula using four chords. (Verse, Chorus, Verse, Chorus, Bridge, Reprise.)

I don’t think he matches the song. I mean, you can say what you want about Robin, but he was convincing while performing thar role on “I Can’t Go On”. I don’t know what kind of music Jurgis usually does, but I feel that he’s out of place while singing this one.

My favourites are still Monika and Paula by far. No idea what that judge lady said to Paula, but the original was FAR better for Eurovision…

Paula – An interesting song that entirely relies on recitative, melodies and hooks. It’s also very acoustically-arranged, which I appreciate. All of the weirdness in this entry comes from the unorthodox staging. But it’s good to see Paula have fun on the stage. Bravo.

I really liked the new version. At the same time, I don’t think the unorthodox staging would be appreciated, so maybe Ieva is the safer choice for Lithuania. I like her also, so I would be cool with that.

For now, Monika is leading by far on the televote, but considering her song already performed, that only means people responded to her fairytale performance. Unfortunately, that indicates that Kotryna wasn’t as impactful to them. Personally, I like both songs a lot.

This live vote showing thing is very strange… and The Roop are getting too many votes >.<

Way too many! I mean Wth, but then again, the same people brought us Rain of Revolution last year! I hope Ieva can still make it, at least by the jury! She would be in my top 10. I’d be okay with Monika too, just not The Roop, please…

The Roop – Sharp vocals at the start. The Chorus of the song doesn’t develop, it just repeats a lot. It’s a nice modern sound though.

I don’t see why people like The Roop… it’s very strange.

For me The Roop is in the loop (hey, it rhymes). The song goes forever with the same lyrics. It gets boring.

Yes, I do (feel the same about the repetitions on the song). Yes, I do.

Kotryna – I really enjoyed this one! Old-school R’n’B, oh how I miss that genre. 🙂
The group joined together like an actual group towards the end, and everything felt dynamic despite the slow tempo of the song. Kotryna herself is naturally edgy, and may be a good choice for Lithuania. Her vocals started off rough, but got better as the song went on. It’s not perfect, but if they want to send this then great.

Monika – She has a fantastic voice. Definitely a star. But the song is one long cliché. Still, if that’s what Lithuania wants to send, then fine. 🙂

By the way, I thought that Monika and Ari form Iceland were on the same situation regarding their songs. But Lithuania has better options than Iceland, so I guess they won’t share the same luck.

Ari (Iceland) just said in an interview that a “huge responsibility” dawned on him when he won his National Final. I feel for him so bad.

It must be tough when you come from a country that loves Eurovision, hasn’t qualified on the last opportunities, will be on the bloodbath semifinal and you know that your song wasn’t very well received by the fans community. He seems to be a lovely guy, I hope he doesn’t blame himself for a bad result in Lisbon.

I saw a bit of Ari (Iceland) singing on LRT.
Has the Lithuanian actual competition started yet? I’m confused.

Our national broadcaster decided that combining our National Final with a celebration of Restoration of Our Independence was a great idea. In 180 minutes of the broadcast you’ll hear exactly 18 minutes of our potential entries and around 45-60 minutes of random other songs by random artists because why the hell not. It’s 40 minutes into the broadcast, and we already heard 3 other songs and Monika Marija is just about to start. LRT genuinely pisses me off.

Thanks Lukas. I was beginning to wonder if I was on the right channel!

I just hope it won’t take another 40 minutes until we can watch the second performance.

Macedonia’s song is on the official ESC channel.

Not at all rock.

Completely unrelated but when is Georgia’s song being released

It has to be today or tomorrow when is the last day when all songs have to be released.

Maybe, it is a borderline song, however it is Russia

If Russia was in semi final 1 maybe, but with semi final 2 being so weak it will easily qualify.

Worse than Flame is burning. I think Russia will still qualify though, their songs usually get elevated with great staging. Plus they’re in SF2 which is quite weak.