He’s got a nice set of pipes and knows how to tug on heartstrings. And this May 27-year-old Michael Schulte will do that once more as he represents Germany at the Eurovision Song Contest with his song “You Let Me Walk Alone”.

His three-minute ballad is emotional and classical, and sees Michael sing about losing his father at just 13 years of age.

Michael’s road to Lisbon began in the autumn of 2017 when he submitted one of his old songs to Unser Lied für Lisabon — Germany’s national selection show. Producers received 4,000 songs in total. But his number (and voice) floated to the top and just two days before Christmas Michael got the happy message that he would be among the six finalists competing in Germany’s selection show.

It was then time to come up with an original song for the contest. Working with several songwriters, he dreamed up 10 songs over the course of January and ultimately settled on “You Let Me Walk Alone”.

On February 22 he won the national final in a landslide, taking top marks from both the professional jury and the German televoting public. His sensitive performance gave us major feels, and seemed to conjure 2012 ESC star Roman Lob — the last German act to place in the Top 10 in the contest.

As the competition draws ever closer, we’ve reached out into the universe and pulled out 10 facts about Michael. So let’s get to know this curly-haired German a bit better. Ja, gut – wer ist Michael Schulte?

1. He competed on “The Voice of Germany”

Michael may be a newcomer in the world of Eurovision, but he is certainly no stranger to viewers in Germany. In 2012 he placed third on “The Voice of Germany” where he performed with Ed Sheeran in the final.

Michael grew up in the small village of Dollerup in Flensburg near the Danish border. In fact, he even graduated from a Danish high school and is fluent in Danish. He now lives in Buxtehude outside of Hamburg with his girlfriend. Lucky lady…

English, however, is the language he prefers to sing in. Speaking with the Michael Schulte fan club, he said: “It’s much more fun to sing in English. I just feel better. Accordingly, no German songs will be on my album. We briefly considered whether we would use one or two German songs, but decided to produce the album completely in English.”

3. He collaborated with a Eurovision winning songwriter

Michael calls himself an “autodidactic musician” for never having gotten any formal musical training. He started his music career by uploading videos with his songs on YouTube in 2008 when he was a high school student. He now has more than 200,000 followers on YouTube.

5. He has followed Eurovision since childhood

Michael says that he has been following Eurovision since he was a child, and that he vividly remembers the Olsen Brother’s surprise win in 2000 when he was 10 years old. Later in life, he made a cover version of their Eurovision song “Fly on the Wings of Love”.

After his third place finish on “The Voice of Germany” in 2012, Michael released the album “Wide Awake”. The album reached No. 1 on the German newcomers chart.

The title track keeps him up because he’s singing about a special someone he misses. As he says: “Lying here wide awake, feeling you’re here with me, you are my sweet escape from stormy days, so many words to say, praying you’ll come my way, without you I suffocate with eyes wide shut…”

7. His voice is (perhaps) his biggest strength

Michael sees his voice as one of his greatest advantages in Eurovision: “I have a good song and I have a voice that stands out. If you heard my voice among 100 others you would quickly recognise it”. And if you hear it among 42 others, too.

During his conscription, he served as a civil recruit at Holländerhof in Flensburg – a sheltered workshop for disabled people. It equips them with vocational skills and social support. It takes heart to sing his song…and this is further proof he has a big one.

It hasn’t gone unnoticed in Michael’s home town of Dollerup that their native son is going to represent Germany in Lisbon. Dollerup’s mayor, Peter Wilhelm Jacobsen, was one of the first to congratulate him. He even posted a message on the municipal web site: “We are proud of you, Michael! We will keep our fingers crossed for you in May and will cheer for you — good luck!”

There is no doubt that Michael feels very attached to his song. Shortly after his win, he said: “‘You Let Me Walk Alone’ is perhaps the song of my life.”

What do you think about “You Let Me Walk Alone”? Do you think it will give Germany a good result in this year’s competition? What other facts about Michael do you want to share? Let us know in the comment’s box below. 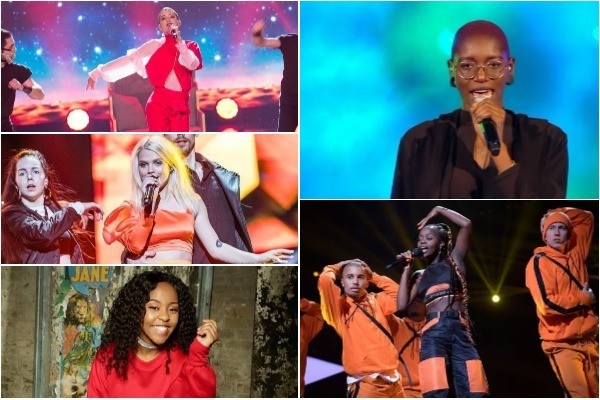 Danish seems a difficult language. Good for him.

Also, it’s amazing he’s such a good singer without doing any proper training. I love artists that have this talent.

His hair…Reminds me of Barak Shamir (Israeli top model .Noa Kirel’s boyfriend). Have a look – https://www.instagram.com/itsbarakshamir/

Which will be during the rehearsals in Lisbon

Didn’t know it was possible to be fluent in Danish.

I really want to like the German entry because I am very keen on the Nordic mentality Michael emulates and I consider him a worthy and appropriate representative of his country. Unfortunately, I am not convinced by his song, it lacks drive, in my opinion. The lyrics are not bad per se, but I just don’t like this very literal way of songwriting. Therefore, the song is not bad, but definitely not for me. I can see him doing very well or totally drowning in the final, so I’ll be very curious how he’ll end up.

Every year fans say big5 is strong, but in the end they are last because they deserve it. This year Germany will be the only big5 in top 13 (left side).

Beautiful song that might be a big surprise. Top 10 and maybe higher.
Definitely the best big 5 song. They just need to make the staging a little more ‘special’ (eurovision customized) .

Did anyone hear his news that he posted on Instagram?
https://instagram.com/p/Bg1F4rghd6y/
This has given a new meaning to his song. So special! ??

Congratulations for him and his girlfriend.

Thanks for sharing these facts. He really seems like a nice guy, which makes me want to vote for him even more. It’s probably my favorite German entry since I follow ESC. It’s really heartfelt and I almost cried when I listened to it for the very first time. I really hope he can make it into top 10, or at least top 15.

Germany could be going for a nice result but there’s also the chance of a bad draw and this slow ballad to be forgotten. Hope it won’t. I predict 9th-14th in the final.

I’m quite pleased with Germany’s entry this year. Hoping it does well!

I think Germany will be one of biggest surprise in final . My prediction 5 place in final (in TOP 3 with juries and in TOP 15 with televote in televote from 10 to 15 place) and best of BIG 5 and host in placement.

Yes, I think he will finish as good as Roman in 2012, possibly higher.

Agree with you, the best song of big 5 and the most beatiful ballad of the year imo, deserve to be in top 10.

A great person… that deserved a better song.

Great entry from Germany this year.

I hope it does well.